Skin care companies continue to embrace a multifaceted approach to beauty with nutricosmetics. Now, physicians, aestheticians and plastic surgeons are prescribing these inner beauty supplements along with the scalpel. In the business of inner beauty? Attend the NutriCosmetic Summit.

It would be nice if the solution to aging were as simple as waking in the morning and smoothing out the wrinkles, like taking a clean shirt from the dryer and shaking out the folds. But alas, skin health is a telltale sign of past transgressions, whether sun exposure, smoking, too much fast food or too many late nights. Eventually, the pores can no longer lie and the truth will reveal itself.

But scientific advances are proving that it is possible to at least slow down the inevitable. And diagnostic advances are making physicians believers in the concept of nutricosmetics. Mary Louder, MD, a physician in Traverse City, Mich., and the founder of the Sere Bellesa skin care line, says the "aha moment" for many physicians came when tools like electron microscopes literally opened the medical community's eyes.

"Physicians were finally able to see how skin-cell function affects skin structure, and skeptical physicians finally understood that healthy skin-cell function equals healthy structure," Louder said. "Using antioxidants to support cellular functioning is not new, but it's the understanding that is evolving at a rapid pace. One cannot separate the skin from the body when it comes to health," she said, "and a healthy body is reflected in the skin, especially through combined efforts of internal and external supplementation."

Now that physicians are gaining a better understanding of nutrition and skin care, the next biggest challenge is getting consumers to believe in the message. In France and Japan, from the everyday person to the affluent, the relationship between food, health and aging is well understood. "Whether it's overall health or skin health, the Japanese and French understand you are what you eat," said Kantha Shelke, Ph.D., principal at Corvus Blue consultancy. "In the United States, it's still eat what you want and do damage control later by slathering on a lotion or the latest potion."

It's no secret that Americans want to pay the piper later, but in the world of instant gratification, one sector gaining ground in nutricosmetics is the elite who may on occasion get a little instant help now and again. Grail Research reports that among the prestige sector, customers are more likely to purchase nutricosmetics. This may be due in part to skin care practitioners and plastic surgeons recommending nutritional products as part of an overall anti-aging therapy. "This is a very successful means to get the message across," Shelke said. "The messenger, the physician, is very credible and the patient is very open to suggestions when they walk in the office. Additionally, knowledge about nutrition and nutricosmetics positions physicians and surgeons as ‘knowledgeable' and garners greater confidence in them."

The name for this new type of nutritional nip and tuck is "functional cosmesis." The term, coined by plastic surgeon Frank Ferrin, MD, from Elite Body Sculpting in Coral Gables Fla., is a trend among progressive plastic surgeons. "Patients must get past the desire to change only one portion of their body and instead focus on whole health. Beauty is not skin deep," Ferrin tells his patients. "When body parts work better, they look better," he said, which is why his patients get nutritional advice. "When seeking transformation, it is crucial to consider the entire body from head to toe, as well as in and out."

The other often-ignored medical sectors with a growing interest in nutricosmetics are aesthetic practitioners and dermatologists. Increasingly, dermatologists and skin-care specialists who regularly use modern techniques like lasers, botox and chemical peels are recommending nutricosmetics before and after procedures.

"Nutricosmetics can offer additional modalities to topical treatments to further protect the skin from endogenous and exogenous stressors, while preserving the healthy biochemical functioning of the skin," said Paula Simpson, R.N.C.P., executive director of Isocell North America. Simpson said aestheticians are open to hearing about clinical, science-based research that points to the role of nutrients, amino acids and antioxidants as agents to reduce oxidative stress and inflammation, and accelerate healing.

Lifestyles of the rich and famous 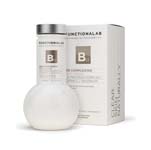 So are nutricosmetics relegated to only the wealthy? For the everyday person who wants to look like the rich or famous, Canada's Functionalab's nutricosmetic line gives the appearance of high-end products without the breathtaking price. The product line is aggressively large and includes brands targeted at specific ages and goals such as skin care, body toning, weight management and healthy hair and nails. Prices vary from $35 to $110 for 30 to 60 capsules.

"Pure Complexion plays a dual role in skin health, helping support its natural immune response and protecting it from premature aging," said Nathalie Pelletier, director of nutrition and training for Functionalab. "It delivers ingredients that help support the skin's ability to fight infection. Zinc, a trace element, has been shown to come to the rescue when skin is damaged. Lactoferrin, a naturally occurring defense protein, can help fight a skin bacterium (Propionibacterium acnes) linked to the formation of acne."

The Functionalab brands have caught the eye  of most major women's magazines including Vogue, Cosmopolitan and Women's Health. Given the widespread media attention, this brand may help the sector break through the elitist barrier that surrounds nutricosmetics. "Consumers have already made the connection between nutrition and healing. It will not be long before they embrace products that optimize health and beauty," Shelke said.

And as many as 7 percent of botox patients are men, better known as "boytox." Time magazine reports that as many as 300,000 men went under the boytox needle in 2007. The reasons why aren't clear. Perhaps it's because older men want to look younger because they are competing for jobs against younger competitors, or perhaps it's finally acceptable for men to openly admit to a little vanity.

Regardless, some manufacturers are paying attention. Skeen, from France, offers a nutraceutical drink dubbed Youth Reanimator that contains .25 percent resveratrol with a blend of vitamins A, C, E and green tea. The product is marketed as a means to "reduce the signs of aging and visibly improve and perfect skin quality."

Nutricosmetic ingredients that get better with age
Apr 20, 2011