Ad-fail: A golf nutrition bar, no, seriously, this is a thing 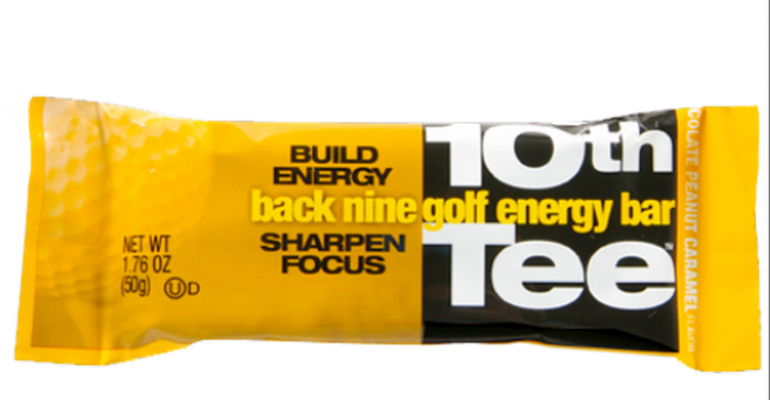 Each week, New Hope editor&nbsp;Rick Polito examines a food/nutrition commercial for accuracy and idiocy. This week: How did the world survive this long without a golf energy bar?

Golf is to exercise as toothpick sculpture is to the Eiffel Tower; as ditch-digging is to the Panama Canal; as ordering a cheeseburger is to tracking an antelope across the African plains, killing it with a spear, carrying it triumphantly into camp where you will use its horns in battle to become leader of your clan and then paint your vision of the grand journey on the walls of a cave where it is discovered centuries later and your existence becomes a piece in the epic story of humanity’s ascent to the stars.

Golf, in contrast to actual exercise, is a genial game where the 1 percent can share an experience with the common man (if that common man works on the landscaping crew), but as a workout, it’s the equivalent of going to the mall. Except they won’t let me drive my golf cart into the mall.

So it may be surprising to most that there is a nutrition bar specifically for golf. Not only that, SCNS Sports Foods offers six nutrition bars for golfers, including a “1st Tee Pre-Round” bar with 11 vitamins and minerals and the “10th Tee Back Nine” that will “build energy” and “sharpen focus.” Don’t worry, there are four other bars you can eat on the course, presumably between the 3rd and 8th holes, because you probably won’t be hungry on the first two tees since you just ate the pre-rounder, and by the time you get to the 8th hole you’ll want to save room to sharpen focus on the back half of the course.

You’re going to need a bigger golf bag. Tell your caddie to bring a napkin. And insulin.

Now I may be a little more skeptical than warranted here. In truth, I don’t know much about golf beyond that the “Free Game” shot in the dragon’s mouth on the 19th hole is totally rigged. But even if the sport comes with specific nutritional needs, the commercial didn’t convince me.

To be fair, they haven’t actually aired the spot since 2013, but I found the story of Joe and his mishap with the hot dog unconvincing. Was he golfing all by himself? Did he not know his tee time was coming up? Was that combination of condiments really a wise choice?

And can “eating the wrong thing before or during a round of golf” really be “as bad for your game as choosing the wrong club?” Even if it is, is there really any reason to worry? Because those middle-of-the-course bars “have ingredients that reduce anxiety and keep you calm.”

Of course a true golf enthusiast already knows the perfect golf nutrition solution for anxiety on the links, but it doesn’t come wrapped in a bar. It’s served on a bar, with vodka, tomato juice, horseradish, Worcestershire, salt, pepper and a celery stalk for fiber.

Ad-fail: Lunchables as the Scarlet Letter of the lunchroom
Feb 08, 2015