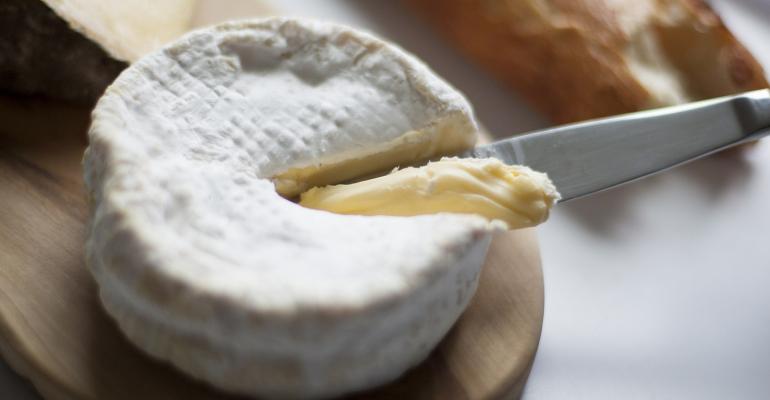 Arla Foods Ingredients has developed a whey protein solution that enables dairies to produce low-fat soft ripened cheeses that taste as good as the full-fat versions.

Arla Foods Ingredients has developed a whey protein solution that enables dairies to produce low-fat soft ripened cheeses that taste as good as the full-fat versions.

Nutrilac® SoftCheese makes it possible to reduce fat in soft ripened cheese by 50 percent with no loss of creaminess. It is supplied as a white powder that is simply added to the cheese milk prior to the pasteurisation stage. Overall it adds no extra cost to the manufacturing process because it increases the final yield in the region of 10 percent to 20 percent. This means it more than pays for itself in the form of greater output.

Claus Andersen, category manager at Arla Foods Ingredients, said: “Of all the major dairy categories, cheese is among the least developed when it comes to sales of reduced fat products. The reason for this is mainly technical, in the sense that it’s very difficult to produce low-fat cheeses that make the grade in terms of taste and texture. Taking some of the fat out of the cheese has a major impact on quality, principally because it makes the product matrix too hard. This means the majority of low fat cheeses compare poorly with their full-fat counterparts.”

Cheese makers have traditionally tried to address this with fat substitutes, such as fibres, but these have generally been a poor replacement for fat and eating quality has suffered. In addition, they require declaration on labelling, which is undesirable in a category where the only ingredients listed are usually milk, salt, rennet and culture. Whey protein, however, behaves in cheese in a similar manner to fat, ensuring the product retains its creamy texture and taste.

Arla Foods Ingredients has developed a specific whey protein solution that performs particularly well: Nutrilac SoftCheese. Because it is an ingredient produced from whey protein, which is found naturally in cows’ milk, it is possible to include Nutrilac® SoftCheese in cheese recipes in most European countries without the need for any declaration on the label, preserving clean label status.

To showcase the potential it offers, Arla Foods Ingredients’ trialled the inclusion of Nutrilac® SoftCheese in the manufacture of a Brie, which is one of the creamiest soft cheeses in the market and therefore suffers more than most when fat is removed. They made two cheeses: one incorporating 0.6 percent Nutrilac SoftCheese and with 10.9 percent fat in the end product; and a reference containing no Nutrilac SoftCheese and with a fat level in the end product of 11.4 percent. Standard Brie typically contains 20 percent to 30 percent fat.

Arla Foods Ingredients asked an independent laboratory to run tests to assess the quality of each cheese in terms of taste, texture and appearance. In all cases, the Brie made with Nutrilac SoftCheese outperformed the reference cheese.

Claus added: “Reducing the level of fat and increasing the amount of whey protein in a soft ripened cheese can result in the product that has eluded cheese-makers until now: a delicious low-fat cheese indistinguishable from its full-fat equivalent. At last, high-quality reduced fat soft ripened cheese is within reach—and so is the potential for increased sales in this under-developed sub-category of the dairy market.”