What’s the difference between a fortified food and a functional food? 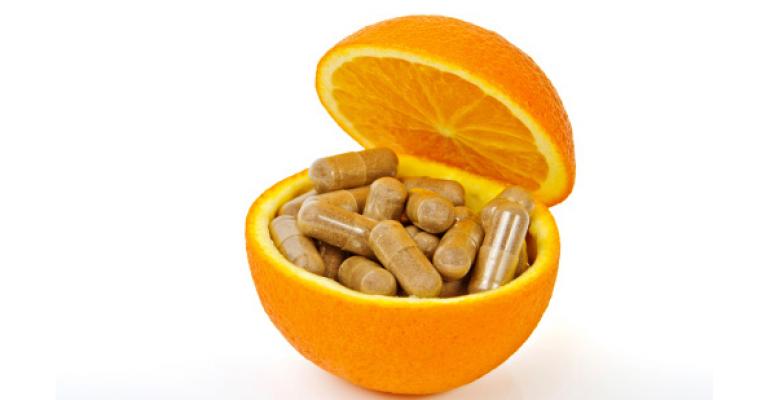 Just how much health can you fit into a serving of &quot;digestible sustenance&quot;?

For a while, I was an editor at a magazine called Functional Foods & Nutraceuticals, and I would get asked the still-relevant question of what’s a functional food, and how’s that different from a fortified food? And just to make things more interesting, how does a medical food fit into all this?

Remember “Last of the Mohicans”? In the book, author James Fenimore Cooper referred to food as “digestible sustenance.” And all these types of food are indeed that. The poster child for fortified food may be breakfast cereal. Take the grain, strip out the nutritious bran and germ, and present that nutrient-poor refined grain made only of the endosperm. This usually gives a finer texture and longer shelf life but removes the dietary fiber, iron and B vitamins. So cereal makers then fortify the food with the iron and B vitamins it removed, and further fortify it with a panoply of vitamins and minerals, at some label-candy level of maybe 10 or 25 percent of the recommended daily value. Not enough to necessarily get you through the night, but it looks good on the side of the cereal box.

Square that with a functional food. This class of food provides an actual health benefit. The original one was Gatorade. It deigns to help athletes perform better. Is it better than plain ol’ water? Actually, yes. When you play sports, you sweat. Inside that sweat are electrolytes – predominantly sodium and potassium. Water has none of that. In addition, the salt in Gatorade makes people thirsty so they drink more. There’s also carbohydrates in sports drinks (okay, sugar), which provide energy to working muscles.

More modern versions of Gatorade from upstart competitors have also seized upon research showing that protein also helps athletes—so more than carbs and salts, the three nutrients definitely help athletes. Studies show electrolyte-rich sports drinks take about 20 minutes to kick in, and work for about 60 minutes.

The American College of Sports Medicine recommends downing drinks containing sugars and electrolytes for activities lasting more than one hour because doing so promotes fluid retention and replenishes lost minerals from sweating. The organization recommends drinking a pint of liquid two hours before exercise to promote proper hydration—and allowing the time to take a pee before you go off and running.

Functional foods tend to be processed foods with enough of a nutritional ingredient thrown in so as to make a health claim. So milk actually counts as a functional food because it is enriched with vitamin D—mandated because vitamin D prevents the disease called rickets.

Even table salt with added iodine counts as a functional food, because the iodine eliminates goiters. One hundred years ago there was the “goiter belt” that extended throughout much of the northern U.S. Which, of course, just goes to show that nutrients, and not just pharmaceutical drugs, can indeed prevent, cure and treat diseases, contrary to that little box on the back of every dietary supplement bottle made in the U.S.A.

Unlike fortified foods, which can have 10 percent of the recommended daily value of, say, vitamin C, a functional food needs to have enough of the functional ingredient to have an effect. The effect should be clinically documented.

What's a medical food got to do with it?

Further along the nutritional-dosage continuum is the medical food. This has its own official and specific definition: “A food which is formulated to be consumed or administered enterally under the supervision of a physician and which is intended for the specific dietary management of a disease or condition for which distinctive nutritional requirements, based on recognized scientific principles, are established by medical evaluation.”

Note that medical foods assume there's a nutritional deficiency which, when addressed, can help ameliorate a disease condition. For example, take this example of a functional food: After soy attained a health claim, processed foods that contained 6.25 grams of soy per serving were allowed to state that the product was good for cardiovascular health, under the proviso that the amount of soy needed in a day was 25 grams per day and the FDA reasoned that a person would get four servings a day so you could put in one-fourth the amount in order to qualify. Who would eat four servings a day every day of soy foods is a bit beyond me, but this is why foods such as Soy7 were allowed on the market in mainstream food stores and to have a health claim. This was not a medical food because of dosage considerations.

And yet, the FDA almost two years ago came down on supplement company Metagenics for promoting medical foods in a way that made them, from a regulatory point of view, drugs (a completely different class of ingestibles). In the view of the FDA, medical foods must address disease states that specifically result in nutritional deficiencies.

Notably, the FDA said it “is not aware of any distinctive nutritional requirement for patients” with diabetes. Which would come as a shock to any nutritionally oriented person who knows that diabetes is largely a condition brought upon by issues of unhealthy consumption of digestible sustenance.