The future of energy drinks 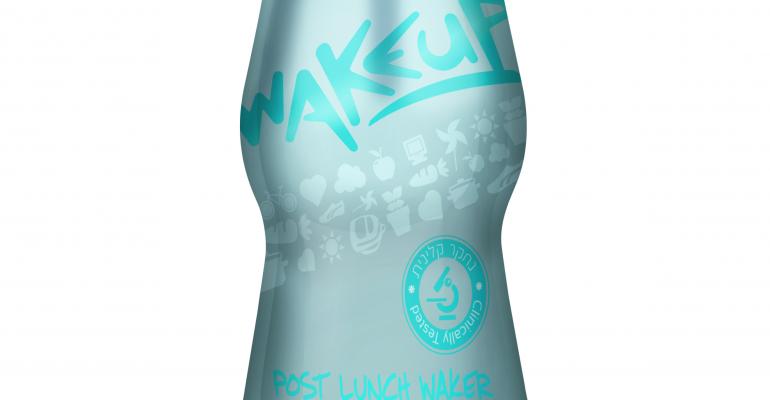 What if you could develop a beverage that addresses the dreaded &quot;post-lunch dip&quot; in energy levels? What if it was validated in studies? What if it tasted good to boot?

As scientists study the peaks and troughs of the body’s circadian rhythms, they noticed that mental alertness drops precipitously not only during the late evening and overnight hours when we sleep but also from around 1:00 p.m., just as we’re finishing lunch, through about 4:00 in the afternoon.

This phenomenon—also known as post-lunch dip, or PLD—is not payback for bad habits or poor time management. Nor is it related to what you just ate; a landmark study published almost 30 years ago in Neuropsychobiology demonstrated that neither the timing of a midday feeding (a.k.a. “lunch”) nor its absence made any difference in subjects’ reported fatigue during the post-lunch hours. Put another way, the cure for post-lunch dip isn’t just skipping lunch.

The physiology of PLD bears this out, as the underlying mechanisms aren’t related solely to digestion. “During this part of the body’s cycle,” explains Giora Pillar, MD, PhD, Associate Professor, Faculty of Medicine, at the Technion – Israel Institute of Technology, and Rambam Medical Center (Haifa, Israel), “a ‘sleep gate’ opens and our systems slow.” This slowing manifests in measurable biomarkers like decreased blood pressure, blood glucose fluctuations, a mild drop in body temperature and an increase and decrease in circulating levels of the hormones melatonin and cortisol, respectively.

The first comprehensive study of PLD’s economic toll involved 30,000 Americans and estimated the productive time lost to PLD in 2006 at $136.5 billion—$35.4 billion as a direct result of fatigue, with the remainder attributable to poor health resulting from fatigue and exhaustion.

To help combat some of PLD’s effect, many sufferers have moved beyond coffee to energy beverages, which have seen their popularity grow steadily each year from 2008 to 2013, according to research firm Mintel. Yet while this category enjoys a high profile among the coveted young-male demographic, it’s also seen its profile rise with FDA regulators, who have received hundreds of adverse event reports linking some of the top-selling products to everything from flushing, anxiety and dizziness to projectile vomiting and myocardial infarction.

Lawsuits and calls for enhanced regulation have ensued, helping to explain why Mintel also found that fully 59% of America’s “energy drinkers” worry about the beverages’ safety, with 39% acknowledging that they aren’t good for health and 35% having heard negative information about their health effects.

Thus opened a gap for a next-generation energy beverage boasting natural bona fides, a track record of safety and effectiveness in combating PLD—all without any chemical-stimulant effects that could precipitate a subsequent energy crash.

As it happens, “The next energy drink is not an ‘energy drink,’” said Eli Faraggi, Israel-based Innov-Bev’s CDO and a driving force behind the beverage’s genesis. “WakeUp is the first beverage to come from the field of chronobiology, the science of how the body’s clock interacts with time cues in the environment.”

WakeUp’s secret is a set of simple ingredients with documented safety and considerable scientific literature supporting their effectiveness. “This was extremely important to us when we developed WakeUp,” Faraggi notes. “We wanted to avoid artificial and chemical stimulants, but we still wanted the product to work. So our team chose four natural actives that we knew would increase alertness, wellness and energy—naturally and safely.”

Guarana, which comes from the seeds of an Amazonian plant long prized for its mild mental and physical stimulation—an effect attributed to guarana’s naturally occurring caffeine. As Dr. Pillar notes, “South Americans have consumed guarana for centuries to stay alert and awake. Now, extensive research on this botanical’s pharmacokinetics reveals why it works, even at relatively low dosages.”

Ginkgo biloba, another of the drink’s actives, has developed a reputation for its ability to improve concentration, cognition and memory. Dr. Pillar says that scientific evidence points to an antioxidant basis for ginkgo’s ability to “improve the flow of oxygen throughout the body, sharpening concentration, boosting mood and reducing fatigue.”

Elderberry extract is used to counter potential illness that can come from stress and exhaustion. It has been in medical use for centuries. “There really does seem to be an immunological mechanism behind how it alleviates cold and allergy symptoms in some studies while showing flu-fighting potential in others,” said Pillar.

Natural sweeteners are paramount to today’s consumer. So the team worked with flavor house Wild Flavors to find a natural sweetener derived entirely from fruits—extracted via physical, not chemical, means—with a balanced ratio of carbohydrates that minimizes the insulin response while supplying healthy energy and a pleasantly clean taste. “It was important to us,” Faraggi says, “to formulate with a sweetener that’s functional in processing and to the consumer, providing benefits in the form of clean-label, low-glycemic energy.” All the ingredients in the beverage are GRAS.

The proof is in the clinicals

Going a step further than your usual functional beverage start-up, the Inno-Bev team worked with researchers at the Rambam Health Care Campus Sleep Laboratory to investigate WakeUp’s benefits relative to other PLD interventions. In the first study - a double-blind, placebo-controlled crossover trial conducted in 2013 and published in The Israel Medical Association Journal—30 healthy subjects visited the clinic on three different days, during which they ate a standard noontime lunch followed by either a 100-ml dose of WakeUp, 50 mg of caffeine or placebo.

“At 30 and 120 minutes after ingestion, the volunteers went through several tests to measure their alertness and performance, their objective function and their hemodynamic responses,” said Dr. Pillar, a researcher on the study. “After we ran the statistical analyses, we found that both WakeUp and caffeine significantly improved subjective vigilance and effectiveness compared to placebo at 30 minutes.” But where WakeUp pulled ahead was at the two-hour mark, at which point performance among subjects in the caffeine and placebo groups had deteriorated, while that of those who drank WakeUp continued to reflect a significant benefit.

Blood pressure and pulse were elevated in the caffeine group two full hours after ingestion compared to both WakeUp and the placebo, Dr. Pillar notes, “which led us to conclude that not only is one 100-ml dose of WakeUp effective in mitigating the drowsiness and lowered performance of PLD, but it produces none of the adverse hemodynamic consequences you’d expect from caffeine. In other words, it works and it’s safe.”

While that first study looked at WakeUp’s short-term effects, the researchers wondered what changes might emerge over longer consumption. “We know that the caffeine in coffee promotes tolerance or habituation over time,” he explains. “This can mean consumers need steadily increasing doses to achieve the same effects. We wanted to know if this would happen with WakeUp.”

According to Dr. Pillar, consuming the beverage right after lunch appeared not only to block the drops in subjective alertness, focus and work effectiveness of PLD—not to mention the expected drops in pulse and blood pressure—but generated actual improvements of 8% to 14.9% in objective task performance, subjective alertness, focus and effectiveness, starting on day 1.

Even more notable, “The study showed that daily use of one 100-ml bottle over 30 days didn’t produce tolerance or habituation, as the improvements on day 30 resembled those on day 1, ranging from 6.6% to 12.8%.” Nor did the beverage adversely affect hemodynamic measures. “Even baseline scores before drinking WakeUp improved from day 1 to day 30 by as much as 8%, and we saw an additional improvement of about 5% on day 31,” Dr. Pillar says. And though he acknowledges that these observations might reflect improved “learning curves” among subjects, “they can also be cumulative long-term effects of the beverage.”

Peter Hefele, senior vice president of business development at Vitaquest, said he admired the drink’s ability to improve baseline word recall, which struck Hefele as having relevance beyond PLD. “This is a drink that provides energy and botanicals that improve memory and cognitive performance for a broad swath of consumers: working moms, active seniors, college students and more,” he says. “It’s an application with many markets awaiting it.”

Kimberly J. Decker writes for the food and nutrition industries from her vase in the San Francisco area, where she enjoys eating food as much as she does writing about it. Contact her at [email protected]