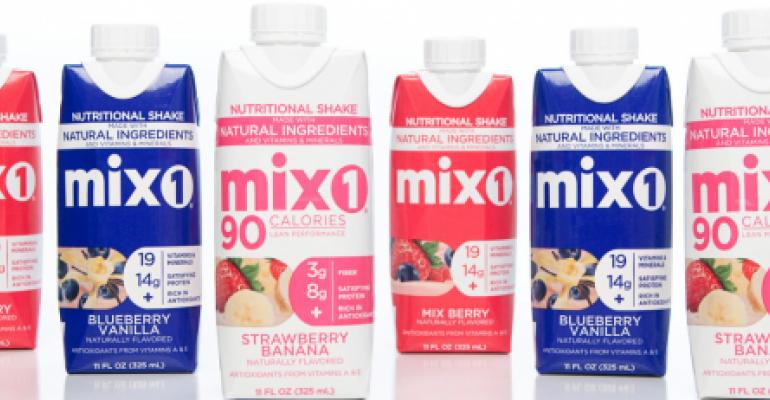 After extensive market research, Mix1&#39;s formulas were changed to meet the demands of its existing and potential customer base for 2014.

After extensive market research, Mix1's formulas were changed to meet the demands of both its existing and potentially a broader customer base for 2014. The company has reformulated its flavors increasing its protein content from 15 grams to 24 grams, while proportionately reducing the calories, carbs and sugar content of its natural ready to drink shake. On Oct. 25, Mix1 began running its new improved shakes on the production line.

Cameron Robb, president and CEO of Mix1 Life Inc., said, "We are so excited to begin the sales cycle of the new formulas, with product samples in hand and new packaging our sales people are already getting a great response. Not only have we met the demands of consumers by increasing protein, we have also managed to create a great tasting natural product which ultimately is what consumers want."

Far outpacing growth in conventional groceries, U.S. retail sales of natural and organic foods and beverages rose to nearly $39 billion in 2010, an increase of 9 percent over the previous year, and 63 percent higher than sales five years earlier, according to "Natural and Organic Foods and Beverages in the U.S., 3rd Edition" by market research publisher Packaged Facts.

Cameron commented, "These are exciting times for Mix1 Life!"