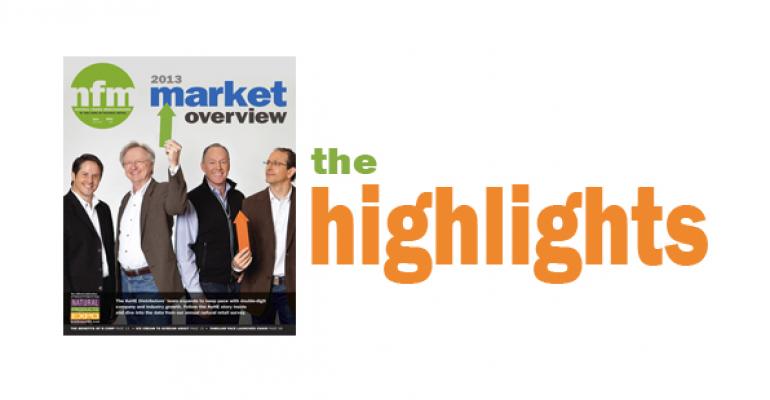 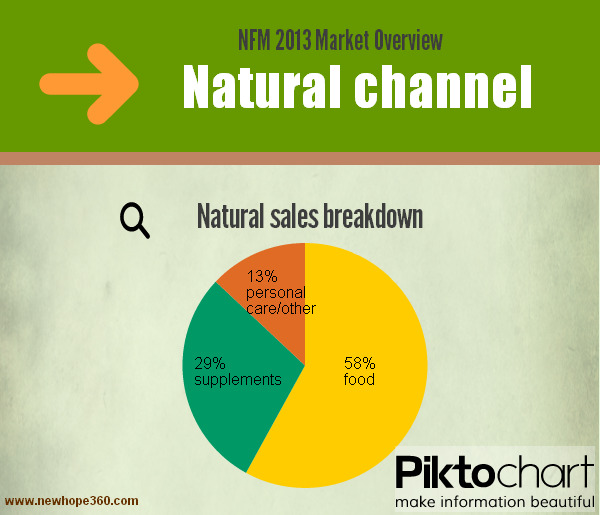 I love Natural Foods Merchandiser’s Market Overview issue. For several years now, I’ve shared insights, trends and retail opportunities found in the data during industry events, webinars and such. I enjoy getting both granular and practical with details about retail performance and will highlight some of the things that I've noticed in this blog post, as well as my next couple.

The first thing that jumped out to me was the fact that more than 80 percent of natural product stores reported a sales increase. I have never seen this number that high. I went over the data for the past seven years and it had come close to, but not gone over, 75 percent before.

The average rate of increase was 11.24 percent. Very strong for most industries, but one of our weaker performances over these past seven years. Why? I think that with so many stores having increases, the number had to be more modest. Last year, just under 70 percent of stores reported an increase with the average one coming in at 20 percent. Those stores would have probably been hard-pressed to be up that much again and with so many other stores being up, the proverbial wealth had to be spread around.

Another relevant factor is that over 30 percent of retailers reported that a competitor had opened a store in their market during the year. While the data that we collected did not indicate if the competition was in the form of a local independent natural store, a national chain such as Whole Foods Market or one of the many growing regional chains such as Sprouts, Natural Grocers by Vitamin Cottage and Earth Fare. Even without that information, having so many stores showing increases (and so few showing decreases as we shall see) while facing new competition is a very encouraging sign about the strength of the natural retail marketplace.

Adding to the retail good news was the fact that only 6.8 percent of stores reported a decrease. A few years back, 30 percent of stores were reporting decreases. To be less than 7 percent is nothing short of amazing.

(In my next post, I’ll dig into this data for each classification of stores so that you can see how you stack up against those of the same size and merchandise mix. But read on, now, to learn about this year's retail optimism.)

We do a measurement that I call the “Optimism Index.” I call it this because while it is rarely accurate, it shows how retailers view opportunities in their markets. Technically, we ask how many stores opened a new location during the year as well how many plan to open a new store in the coming year. Some years, this data is right on. In 2006 for example, 9.2 percent of stores told us that they were opening a new store in the next year, and in 2007, 9.2 percent of stores told us they had done just that. Sometimes the performance beats the prediction, with 9.1 percent of stores opening a new facility in 2008, but with a prediction of 8.7 percent. Usually there are fewer stores opening than are predicted.

Click here to get the complete 2013 Market Overview with all charts and data in an easily printable PDF document.

Performance being lower than prediction is not a surprise. Raising capital is one the biggest challenges that a small-business person faces. Opening a new store, while keeping an existing store running well in an increasingly competitive environment, is no small feat.

This past year, 9.24 percent of stores reported opening a new store. That is the highest percentage in the last 10 years. That is also more than the last two years combined. Because of our national economic challenges over the last three years, new stores were opening at the rate of between 4 percent and 5 percent per year.

Despite those realities, the new-store predictions have stayed strong, ranging from more than 18 percent in 2010 to 10.2 percent in 2011 and 12.1 percent  last year. More than 11 percent of stores plan to open a new location this year. Will it happen? I don’t know. To me, however, that is a strong indicator we have local retailers that believe in what they sell and those to whom they're selling enough to plan to roll up their sleeves and put in another store. Just that optimism alone is a good thing for our industry.

Allergen-free food market shows no signs of slowing
May 31, 2013