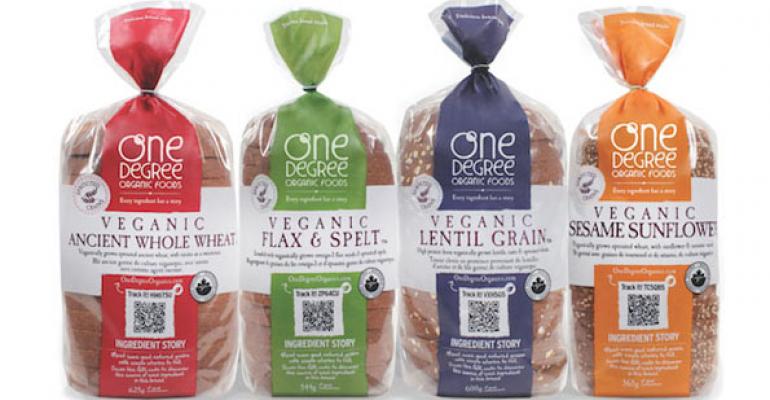 What do technology and transparency have to do with labels? A lot these days. Whether a consumer is interested in fair trade or food allergies, more people are asking for the story behind a product and its ingredients. Here are a few companies that have found creative ways to share their products' stories.

What's in a label? Well, according to consumers, your label is your calling card. And more and more, consumers are asking for transparency in labels. Yet consumers still want clean, convenient, easy-to-read labels. So how do you tell the fair trade story, or the story of an organic ingredient on a label? QR codes are one option that are providing a gateway for consumers to get as little, or as much, information as they would like from a product.

From our Future of Wellness: How Consumers Define "Healthy" at Retail research, we know that for consumers, the label still reigns supreme—it’s the number one advertisement for a product. Consumers read the back ingredient list first and then the front packaging. They want transparency and the facts.

They also want the story. With local being such a “hot” area of growth, consumers want the story of the farmer or trace the origin of an ingredient. Beyond a story, the increase in food allergies makes ingredient transparency all the more important.

Enter the QR code. While I have heard some manufacturers say they’ve used them on their product to no avail, I actually believe that the QR code has yet to come of age. In our research, we found that consumers are open to the use of QR codes, but many of them had not seen them on packaging or in their natural products store.

Of course, there are the technology early adapters who pay for their Starbucks latte with their smart phone. But the majority of the population has only used a QR code to board a plane, if at all. Essentially, QR codes haven't "arrived" in the mainstream yet, at least not in the natural products mainstream. But here are three natural companies that are leading the way.

At Natural Products Expo West 2012, a new brand by the name of One Degree Organics caught my attention because of the way they integrate the QR code into their brand mission. Playing on the Six Degrees of Separation or Six Degrees from Kevin Bacon, whichever you prefer, the premise of the name is that you can be just one degree from the source of every ingredient in the company’s products.

The company sells bread, flour and seeds, and on the front of each product a QR code leads you to a video or information on each ingredient producer. So you can actually hear Arnold Schmidt, from Schmidt Farms in Maple Creek, Saskatchewan, talking about being a wheat farmer; or Natalie Soghomonian, of Three Sisters Grapes, talk about growing grapes for the production of raisins, and the importance of growing them organic. If you don’t have a smart phone, you can also use the One Degree’s online ingredient tracker by entering the product’s code to access ingredient information.

What I particularly like about One Degree’s information is that they aren’t just directing you to hard to read data about ingredients. They have built a rich, consumer-friendly site that is both informative and entertaining. It makes sourcing fun and yes, it puts a human face on the bread you’re eating. So even if a product isn’t local, you can get the “local” story.

Vancouver-based Ethical Bean coffee, makers of fair trade, organic coffee, also does a great job. Because coffee does not grow in Vancouver, or Seattle, or Colorado, or New York for that matter, they bring the coffee story to you via a QR code and a lovely app that shows you all the details about who grew your beans. It localizes a product that’s not local and provides transparency so that you can see that the company is really doing what it says it’s doing.

On the supplements and herbs side, I have to tip my hat to Gaia Herbs, who is an early adapter in the traceability space with their Meet Your Herbs program. They built this program before QR codes were a topic of conversation. Instead of using a code, they have an app where a consumer enters the ID number of the product to find out its ingredient history.

Although I like being offered a QR code, I can’t say I use them every time I buy a product. But that’s part of the point of being transparent. Consumers want to have access to this information if they need it. It doesn’t mean they’ll scan your gluten free product's QR code every time, but the fact that you’re offering them the opportunity to learn more if they want to may very well be the reason they’re buying your product.

Retailer Roundtable: How is your store using mobile technology to engage customers?
Apr 02, 2012