5 lessons from the JAMA multivitamins and cancer study 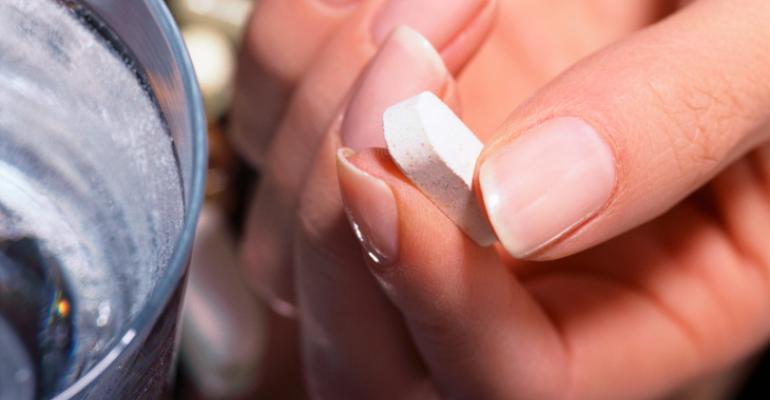 The big news this week was a study published in the Journal of the American Medical Association (JAMA) showing that multivitamin use cut men’s cancer risk by 8 percent. Good news, right? Here’s what you may not have heard about it.

1. JAMA is not wholly biased against supplements

Surprised? Funded entirely by pharma ads, and read by mainstream allopathic physicians who have received less nutritional education than you or I, the Journal of the American Medical Association is not known for embracing natural medicines like vitamins. In fact, back in 1998 editor-in-chief George Lundberg devoted an entire issue to the subject of natural medicine— everything from botanicals to acupuncture. Soon thereafter, he was shown the door. The impact of this study on Americans’ health cannot be overstated—if only 1 percent of U.S. doctors read the study and now recommend supplements to their patients, imagine the health-care savings. And multivitamins are merely the gateway vitamin. Patients will likely follow with fish oil and vitamin D.

Cooperman pointed out that their testing firm has assayed four other vitamins—all with the identical vitamin/mineral formula as Centrum Silver—and all passed. “This is impressive, considering that 34 percent of the multivitamins selected for testing in this review failed to meet quality criteria for their contents, labeling, and/or ability to properly break apart in solution. However, the other Centrum Silver-like products all cost significantly less than Centrum Silver—only 3 or 4 cents per day compared to 11 cents for Centrum Silver.”

The other, less-expensive products include the Kirkland brand available at Costco, the DG Health brand at Dollar General, the Sam’s Club brand, and the Equate brand at Walmart.

Here’s the thing, which I’m guessing I don’t even have to tell you. These supplements may well be rated high quality, but it’s only by virtue of passing basic testing protocols—again, what they list on the label is what is found in the pills. This is pretty fundamental stuff, and any supplements company that fails this low bar really ought to be shamed out of business, or at least have their QA/QC director replaced.

But the real story is what type and amount of individual nutrients are on offer in these multivitamins. In Centrum Silver, for example, it uses 50 IU vitamin E, which is about 15 percent the 400 IU recommended to show cardio benefits. Worse, the form of vitamin E used is the synthetic dl-alpha-tocopherol. Synthetic alpha-tocopherol works only about half as well as natural d-alpha-tocopherol. What would happen if you formulated with the full spectrum of all four tocopherols as well as all four tocotrienols?

In addition, Centrum Silver uses 60 mg vitamin C, which is 100 percent the Daily Value. If Linus Pauling were still alive today, he’d tell you to take 500 mg vitamin C every three or four hours. Pop ‘em like candy! That way you get a steady state of vitamin C circulating in your blood. And the range of health conditions you might be able to prevent go far beyond cancer.

Centrum Silver also contains 200 mg calcium, which is 20 percent the Daily Value; this is mostly due to calcium being a bulky nutrient.

It also uses 55 mcg selenium, which is about one-quarter the amount shown to prevent prostate cancer, so it’s no wonder there was “no effect of a multivitamin on prostate cancer,” according to the JAMA study. In addition, as with vitamin E, form matters. High-selenium yeast trumps selenomethionine—studies with the latter routinely find no results, which is why selenium is not universally recognized as a prostate cancer preventive.

To Centrum’s credit, their formulation over the years has changed with the state of nutrition science. When this study began, lutein and lycopene—important carotenoids that may be beneficial for vision health and prostate cancer—were not part of the Centrum formulation. This study used the same formulation throughout, so who’s to say the evolved Centrum formula wouldn’t have some effect on prostate cancer that the old formula did not?

Multivitamin use is more beneficial the longer you take them.  As the researchers noted, “increasing duration of multivitamin use was strongly associated with a reduced risk of colon cancer in 88,756 participants in the Nurses’ Health Study followed up for 15 years.”

5. Study results are better than meets the eye

The effect of multivitamins are probably greater than these study results suggest. That’s because the subjects in this study—male physicians—are likely experiencing a better overall diet than the population at large. As the researchers noted, “Participants … represent on average a well-nourished population for whom the effect of a daily multivitamin on cancer outcomes may be less applicable to those of poorer nutritional status.” (Read: rest of the population.)

What is your favorite brand of multivitamin and why? Is it better than a Centrum Silver? Your comments below, please.