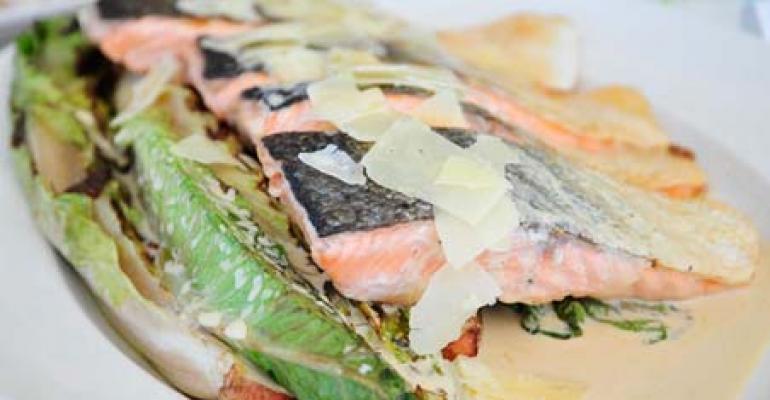 One of the classic underground novels of the 1970s is, at its core, a liberal, tree-hugging manifesto titled Ecotopia written by Ernest Callenbach. In it, it’s the year 1999 and Northern California, Oregon and Washington have seceded from the United States to form a more green union.

What struck me about the book—which I rediscovered at a friend’s house during my summertime travels—is that it’s really what would happen if the spirit of the values-based world in which we work would ever hit that tipping point and the entire society lived a sustainable lifestyle. (In the book, “stable-state” is the word used by Ecotopians to approximate “sustainability” today, and the agricultural systems implemented in Ecotopia are exactly organic, though that word was not yet in vogue.)

More to the point, it struck me that much of what is described in Ecotopia is either already happening or is not beyond the realm of our current technology. Things like magnetic-levitation trains, or universal recycling, or an abhorrence of factory farming, or a desire to factor in all of the costs of industry like disposal and health effects of emissions.

One of the Ecotopian practices is to stop production of many processed and packaged foods. They had been either outlawed on health grounds or put on Bad Practice lists. There was no enforcement of a Bad Practice list, but the practical upshot is one of moral persuasion—when a product goes on the list, demand for it drops sharply.

It made me think of trans fats, which were not, strictly speaking, outlawed. Instead it was required that food companies list trans fat quantities on labels, and that had the practical effect of getting the food producers of the world to reformulate processed foods sans trans fats.

The same game is being attempted as a way to rid the world of GMOs—just mandate GMOs be listed on labels! The Monsantos of the world know that this bit of information would be the death knell for GMOs.

The Assistant Minister of Food Production in Ecotopia described the nation’s dietary habits thus: “Ecotopians eat better food than any nation on earth, because we grow it to be nutritious and taste good, not look good or pack efficiently. Our food supplies are uncontaminated with herbicides and insecticides, because we use cultivation for weeds and biological controls for insects. Our food preparation practices are sound, avoiding the processing that destroys food values. Most important of all, our agriculture has reached an almost totally stable state, with more than 99 percent of our wastes being recycled. In short, we have achieved a food system that can endure indefinitely. That is, if the level of foreign poisons dumped on our lands by rain and wind doesn’t rise above the present inexcusable figures.”

Ecotopian society saw the connection between sewage sludge, mineral fertilizer requirements, groundwater levels and run-off, farm manure and various disease organisms. It noted that, over a 30-year period, American soda manufacturers should have been held personally accountable for some 10 billion tooth cavities.

Imagine if the costs—or liability—of mercury in tuna and farmed Atlantic salmon was fixed on coal-fired power plant operators (to say nothing of global warming!). What about if the diabetes and obesity epidemics were fixed on food and beverage producers that use trans fats, saturated fats, refined grains, multiple sweetener sources and sugar water?