The answer to the French paradox could be in the cheese 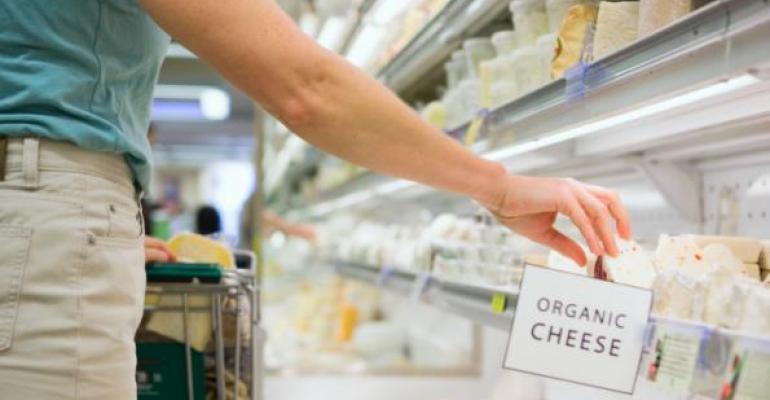 Chances are, you’ve likely heard of the French paradox: Despite French people’s tendency to eat foods high in saturated fats, such as cheese, foie gras, butter and pastries, and to drink copious amounts of wine, they have low rates of cardiovascular disease (CVD). One study by the Wine Institute said that the French drank 45.7 liters of wine per capita in 2010, while Americans drank a paltry 9.42 liters per capita in the same year.

While light-to-moderate wine consumption has been linked to lower risk of inflammation, heart disease, and in rare cases lower risk of cancer (possibly due to the anti-aging compound resveratrol), new research theorizes that stinky French cheese may be to thank for lower rates of cardiovascular mortality in French people.

The study, published this month in the journal Medical Hypotheses, examines the possibility that cheese, particularly fermented cheeses (such as Roquefort, Bleu d'Auvergne and Camembert), “may contribute to the occurrence of the ‘French paradox’.”

Due to an improvement in technology designed to identify enzymes, scientists believe that through the fermentation process, peptides that inhibit enzymes controlling blood pressure and reduce inflammatory markers such as C-reactive protein are formed.

While the oft-recited phrase (and the title of a popular book series) "French women don’t get fat" could be a result of a culture of mindful eating, now we may have an excuse to load up on delicious French cheeses and fancy Bordeaux wine.

Go ahead, I implore you to unleash your inner Francophile. (I recommend watching Truffaut’s Jules et Jim simultaneously. Beret recommended, you cheese ball.)

For millennia, global cultures have understood the power of fermented foods; even if they didn’t necessarily know the mechanism behind it. For example, kefir, the effervescent yogurt-like smoothie, was discovered by nomadic shepherds close to 2,000 years ago when camel milk fermented in their leather pouches—in Turkish, kefir literally means “good feeling.” Similarly, sauerkraut prevented spoilage of vitamin C-rich cabbage, and prevented scurvy on long sea voyages. Kimchi, yogurt, tempeh, beer and kombucha were cultivated in similar ways.

Only recently has the mainstream market remembered this long-lost art of fermentation. Newhope360.com has extensively reported on the powerful benefits of probiotics. Several studies suggest that probiotics even affect our brain—the way we think, the way we act, the way we handle stressful situations.

An August 2012 article published in The Economist titled “Microbes maketh man”, is still pinned to the side of my cubicle. Citing that humans and good-bacteria have evolved synergistically over the years, the article also says microbes prevent disease, offer nutrients like B vitamins and folic acid, and “supply us with 10%” of our daily calories.

Microbes, it seems, are, and always have been, neatly intertwined with our health.

Are you going to stock up on fermented cheeses? Or are you still weary about saturated fat? Leave a comment below.