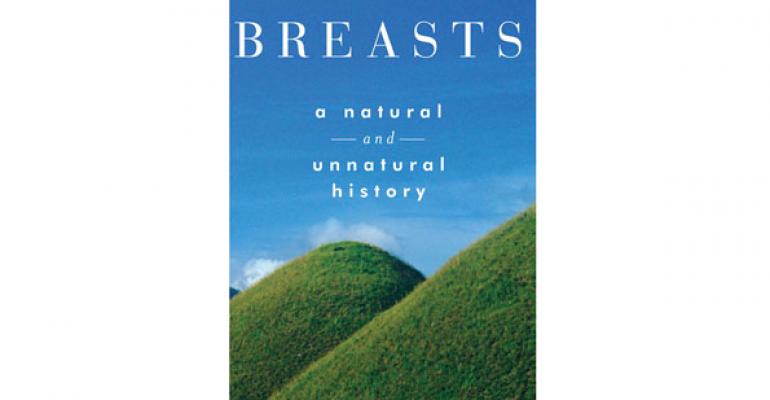 We talked with Breast's author Florence WIlliams, a contributing editor at Outside and frequent contributor to The New Republic and The New York Times, about how toxins in our environment concentrate in breasts (and breast milk) and what that may mean for women's health and breast cancer risk.

newhope360: Did you have your breast milk tested? What showed up—or shows up for the average American mom?

Florence Williams: Testing my breast milk is what inspired me to write this book. After my daughter was born, I got an assignment from The New York Times Magazine to write about toxins in  breast milk. Mine came back with slightly above U.S. average levels for PBDEs (brominated flame retardants). I also had trace amounts of perchlorate, (an ingredient found in jet fuel), and DDT, even though it’s been banned for nearly 40 years.

Since I wrote the article, PBDEs are being phased out of home furnishings and other uses, so the levels in women are starting to come down. This is a relief, because we have the highest levels in the world by a factor of ten, and it’s highly questionable whether these additives even save lives. Mostly, they make their manufacturers a lot of money.

newhope360: What do these toxins mean for our children?

FW: PBDEs have been shown to cause neurotoxic effects in lab animals and, in limited human studies, the highest levels are linked to infertility and thyroid problems. Naturally, I wondered if I should continue breastfeeding. But after doing a lot of research, I learned that the benefits of breast milk—which include extraordinary immune support—still outweigh the risks.

newhope360: Why are breasts so vulnerable to toxins?

FW: Breasts are vulnerable because they are so fatty, and many of these substances, like flame retardants and organochlorine pesticides, are attracted to fat. These chemicals reside in our tissues for many years. Breasts are normally pretty good at filtering toxins out of breast milk, but not so much the ones residing in fat.

Breasts are also filled with estrogen and progesterone receptors, which helps them "converse" with the body and the world around us. Nature designed them to be very sensitive to environmental cues. Unfortunately, many substances in our modern world have the capacity to resemble those hormones. This may be one reason that breasts are getting bigger and arriving earlier than ever in young girls.

There’s a final reason breasts are vulnerable. Breasts don’t finish growing or developing until the final trimester of pregnancy. For many of us, that happens much later in life than nature intended. So it looks like carcinogens now have a much longer window to act upon undifferentiated breast cells, which are very possibly where tumors start.

newhope360: There have been outbreaks of male breast cancer, which the Environmental Working Group is now calling attention to. How does this happen? Does it add to the evidence for the toxin-breast cancer link?

FW: In my book, I have a chapter about a fascinating and tragic male breast cancer cluster centered around a marine base in North Carolina, Camp Lejeune. It’s now known that Camp Lejeune had the most contaminated public groundwater supply ever discovered in the U.S. This cluster is being carefully studied by the Centers for Disease Control (CDC) and other groups, and it may ultimately teach us more about toxins and breast cancer than we’ve been able to find out previously. Stay tuned.

newhope360: Why else do you think breast cancer has become so prevalent?

FW: There are many contributing factors in modern life, mostly having to do with lifestyle (such as the age at which we have children and whether or not we breastfeed them), diet, and the fact that we are living longer and using better detection. Hormone replacement therapy also plays a role, though a small one in absolute terms. We are now expecting breasts to live a life they’ve never lived before. Throughout our evolutionary history, women were either or pregnant or lactating most of their adult lives. That naturally controlled our exposures to tumor-sensitive hormones.

newhope360: What are most effective tests for early detection?

FW: Mammograms really do save lives, although it’s not as accurate as we’d like. Women with dense breast tissue are at a higher risk for breast cancer. Everyone has their own risk factors, and they should discuss them with their doctor.

newhope360: Did you glean any preventative tips from your research? Do you do anything that you believe might reduce your risk?

FW: Over 90 percent of women with breast cancer have no family history, which means lifestyle and environmental factors play a role. There are some steps we can take to modestly lower our risk: drinking less alcohol, controlling weight gain, staying physically fit, avoiding unnecessary medical radiation (especially in young girls) and exposure to things like cigarette smoke, benzene (an additive in gasoline—step away from the pump!) and heavily perfumed personal care products. Eating a diet high in fiber and vegetables and lower in animal fat also appears beneficial for cancer risk and a lot of other health-related issues.

FW: That we are the only animal on earth with PEBs—that stands for Permanently Enlarged Breasts. So enjoy them!