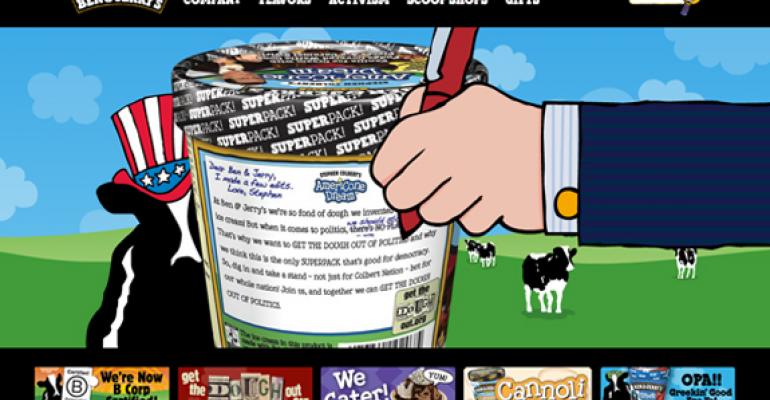 Ben Cohen and Jerry Greenfield’s AmeriCone Dream followed a path of corporate social responsibility that would have many believe they defined the term.

They didn’t. But the crunchy duo’s Ben & Jerry’s ice cream company epitomized all that could be right in the corporate world amid 1980s excess and the 1990s boom.

Then came the Rocky Road-ish sale to corporate giant Unilever in 2000, and fans feared change meant no more change-making for the mission-based business.

But news this week shows the ownership change doesn’t have to mean corporate growth on the backs of contented cows. B Lab, the nonprofit B corp certifying organization, announced Monday that the ice cream company became the first subsidiary of a publicly traded company it has certified.

What is a B Corporation?

B Corporation status recognizes a company’s social as well as shareholder responsibility in business decision making.

B Lab offers a stamp of approval while states across the nation are adopting the benefit corporation as a legal business structure. Pennsylvania’s legislature this week was among the most recent to approve the entity in a bill that awaits the governor’s signature.

For many in the natural foods business, it’s a natural choice. Just ask companies such as Numi Organic Tea, Bhakti Chai, Alter Eco, Mamma Chia, Happy Family, King Arthur Flour Company, Little Duck Organics and so many more. Check out the B Lab-certified community across the nation.

For Ben & Jerry’s, the certification could cultivate a renewed sense of purpose. And it could go both ways—from subsidiary to parent—as both Unilever and Ben & Jerry’s have learned lessons of business and benefit since the purchase. This Fast Company article outlines some of those.

The move, however, may not have changed the company’s path nor might it save the new AmeriCone Dream, as this deep analysis by the Standford Social Innovation Review explores in detail. It’s worth reading to understand this and other mission-oriented corporate structures.

A Guardian piece earlier this month featured a headline that asked: "Are B Corps redefining businesses" for the 21st century?

I would venture to say a changing society leads to business change, but if such structures help these cause-motivated entrepreneurs gain ground: Good for them and good for us.