HomeArchiveBoulder embraces GMOs … really
Recent
Latest
4 tips to get ahead of chemical concerns in packaging
May 20, 2022
7 CBD favorites in the increasingly popular gummies format
May 20, 2022
Mission MightyMe helps parents introduce allergens to babies
May 20, 2022
UNFI's Eric Dorne to step down as chief operating officer
May 20, 2022
Trending
Whole Foods' honors 30 companies with 10th annual Supplier Awards
May 18, 2022
Getting ready for 2023: Trends for brands to consider
May 17, 2022
Sponsored Content
The rise of sustainable business – eGuide
Sponsored Content
Natural beauty market trends
Jun 16, 2021 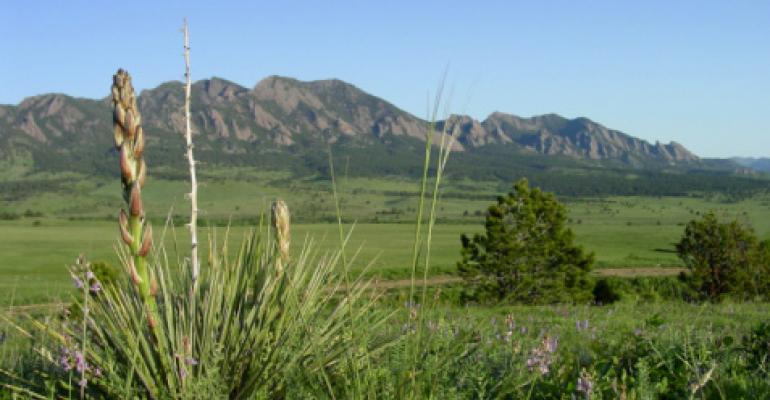 So it surprised more than a few townies when a Boulder County agricultural advisory group on Tuesday night recommended, by 6-3 vote, to approve the planting of GMO sugar beets on county Open Space lands—properties that usually include mountain forests and trails but also prairie farms in order to maintain a greenbelt between Boulder and neighboring towns and to support the county’s agricultural heritage.

The surprise comes from what can be filed under: Self-inflicted wound. That is, for the sake of a half-dozen farmers on the take from Monsanto, Boulder officials have decided that it’s okay to fire a significant shot over the bow of the Boulder brand— in this case, the natural-and-organic center that is Boulder.

The decision came after the county commissioners, having heard the hue and cry from concerned citizens, punted the issue to the ag board. The commissioners still have the opportunity to give a thumbs-up or thumbs-down to the board’s recommendation. And at least one commissioner was seen in a public protest in downtown Boulder two weeks ago.

The county might as well decide to close down its landmark Flatirons to rock climbing. Or ban road bikes from mountain roads. Or shutter the Bolder Boulder 10k Memorial Day race. Or put up a mega-church where the National Center for Atmospheric Research building sits. Or disallow the advertising of medical marijuana dispensaries in local papers (woops, they voted for that—also on Tuesday night).

Allowing genetically engineered foods on Open Space lands is saying that we no longer value keeping natural lands natural. We can now drop our energy bar wrappers on the side of trails! We don’t have to pick up dog poop! Shooting mule deer can’t be very far behind.

What's worse, one of the more common forms of GMO crops uses Bt for corn. But Bt is a natural and organic product that is used in emergencies by organic farmers. There are documented cases of boll weevils becoming resistant to Bt corn—Monsanto then goes back to its drawing board and re-engineers another tweak to Bt, but the wreckage to organic farmers has already been done.

The wreckage to the Boulder brand is happening right in front of our very eyes.

Alex Bogusky: If Boulder stops GMOs, others will follow
Sep 09, 2011