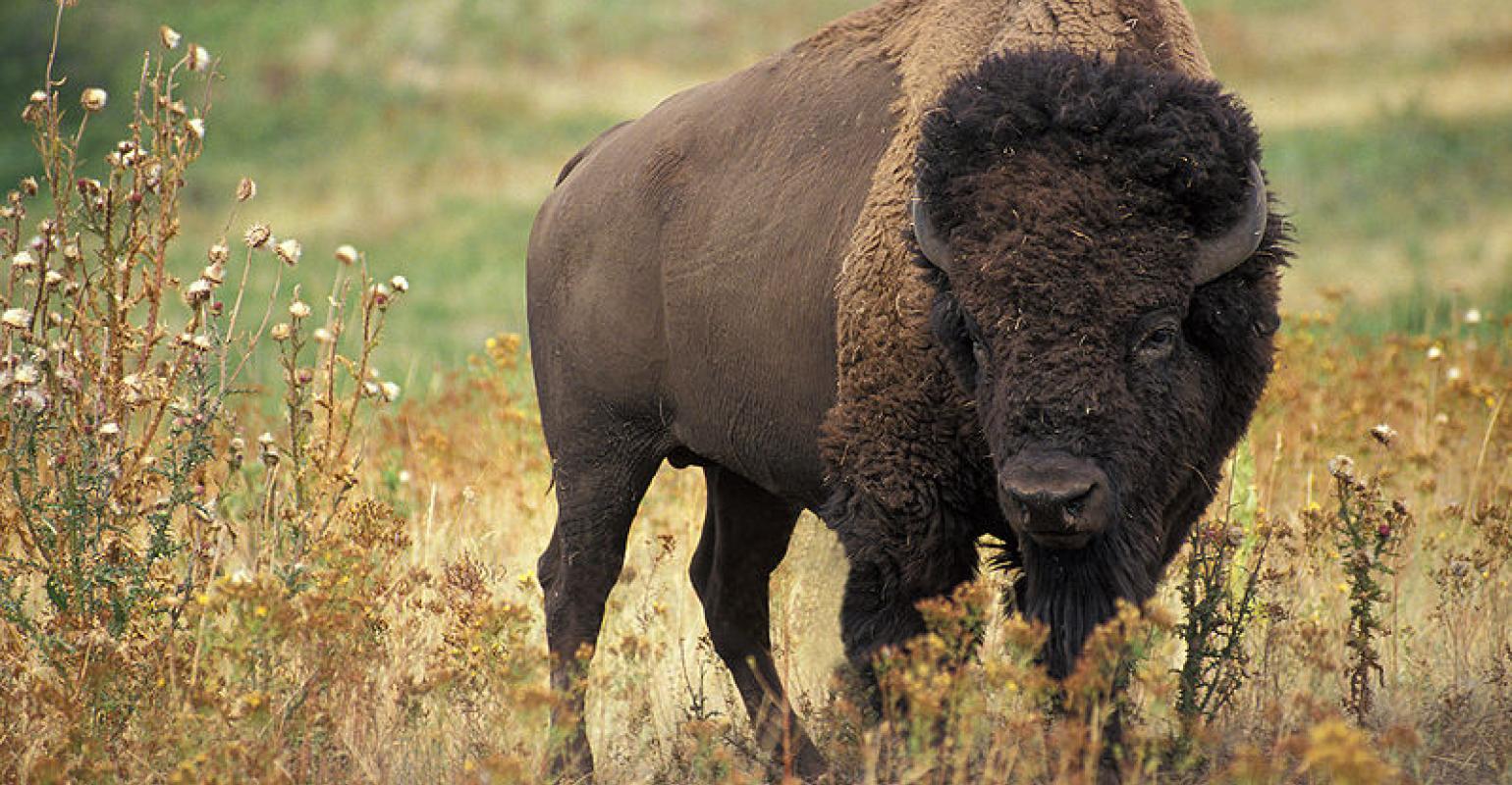 Bison evolved over the past several thousand years with an incredible survival instinct. We see it in winter as buffalo shrug off harsh blizzard conditions that decimate herds of domesticated livestock. We see it during calving season, when buffalo deliver newborns without any assistance from ranchers, and we're seeing it now as the breeding season comes to a close.

What we see could mean tight supplies of bison through 2015.

Bison breeding season normally occurs between mid-June and mid-September. Nature designed this pattern so that bred females could bulk up on prairie grasses in the fall, burn those reserves through the winter, and then deliver a calf in late spring just as new grass was providing optimal nutrition for both mother and offspring.

What happens, though, when a severe drought doesn’t provide enough forage for that female to carry a healthy calf though the winter?

This isn’t the first drought that these animals have experienced over the past thousand years. When hot, dry winds shrivel the grasses in pastures across the American heartland, the biology of bison move into survival mode. Keeping mom healthy becomes nature’s first priority. Producing a calf can wait.

Even as ranchers scrambled through the summer to feed their herds with expensive hay, the animals’ biological instincts picked up those signals. In short, the females just haven’t been that interested in romance this breeding season.

Through the long course of evolution, the species adapted to survive the harsh and variable conditions of the open prairies. That’s good for long-term survival of bison. It’s really rough, though, for the short term survival of the people who raise them.

The calves born each spring represent the annual crop for bison ranchers. They generate their income by raising those calves to eventually go into the meat counter, or to be sold to fellow producers as breeding stock. Without the calves, there are all of the expenses and none of the income.

Bison producers have been diligent though the past few decades to resist the temptation to tinker with the natural biological cycle of these animals. The natural instincts which allow bison to survive harsh blizzards also have equipped the species to weather severe droughts.

This year is a tough one for both animals and ranchers alike. Fortunately, both are pretty hardy breeds.