Can fats and happiness slow the aging process? 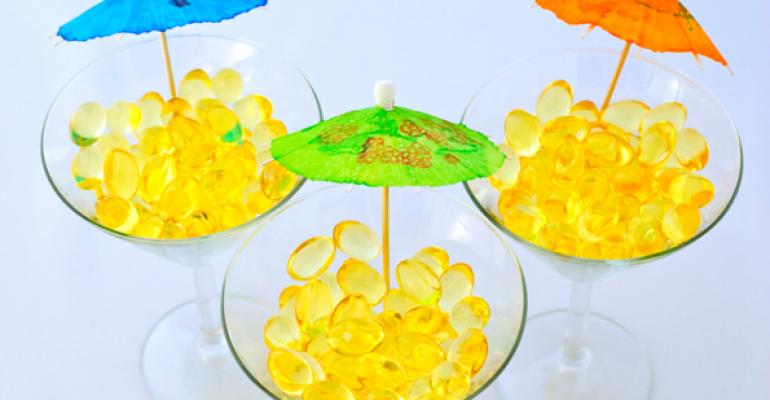 I’m going to weave a variegated tapestry here, including something I like—fishing—with something I don’t—getting old. It’s a fabric with a warp of science and a weft of feeling. The feeling was supplied by Nutracon keynote speaker Dan Buettner, who spoke on lifestyle factors that seem to contribute to longevity and happiness. And William Harris, PhD, supplied the science when he spoke about aging on another level, drilling right down to the nucleus of cells, to show how omega-3s might keep cells young longer.

Beuttner showed that populations that score high on happiness and those that are extraordinarily long-lived have something in common: They have high levels of social connection and interaction.

Which brings me to fishing. My preferred method of omega-3s intake is to catch a trout in a mountain lake, grill it whole as soon as possible, and share it and some good wine with good friends. I’m taking in my good fats and I’m socially connected and happy while doing it. If I could do something along those lines every week I’d probably live to be 100.

I can’t, alas, go fishing with by buddy every day. But can I get the longevity benefits by taking fish oil or other omega-3 supplements? Harris, in his session, said the answer might be yes. Sort of.

Harris, the inventor of the Omega-3 Index, spoke about the role of omega-3 supplementation in the process of telomere shortening. Telomeres are the end caps on chromosomes; they don’t carry genetic information themselves, but they protect the central portions of the DNA strands that do. As cells divide the telomeres erode, and when they disappear altogether, after 50 cell divisions or so, the cell will eventually die without replicating further. Muscle wasting, weakening bones, failing cognition—they are all traceable in part to increasing numbers of cells reaching senescence and failing to divide further.

But Harris was careful to note that correlation does not imply causation. An example: The growth of Facebook users and the weakening of Greek government bonds have moved almost in lockstep.  Did Mark Zuckerberg bankrupt the Greeks?

But put enough correlations together and back them with some placebo-controlled studies and you have a powerful message. Telomere shortening has been proven to be linked with aging on a cellular level.  And higher levels of omega-3s as measured by the index invented by Harris have been associated with decreased risk of cardiac disease and with a deceleration of telomere erosion.

“Does giving omega-3s slow the rate of telomere shortening? We don’t know that,” Harris said. “It needs to be tested.”

While we’re waiting on a gold-standard study, I’ll go with what feels right: Eat some of the freshest fish you can get (or take your omega-3 supplements), drink some good wine, hang out with some good friends and plan on living forever.