Clean compost bin gets a win at natural products awards 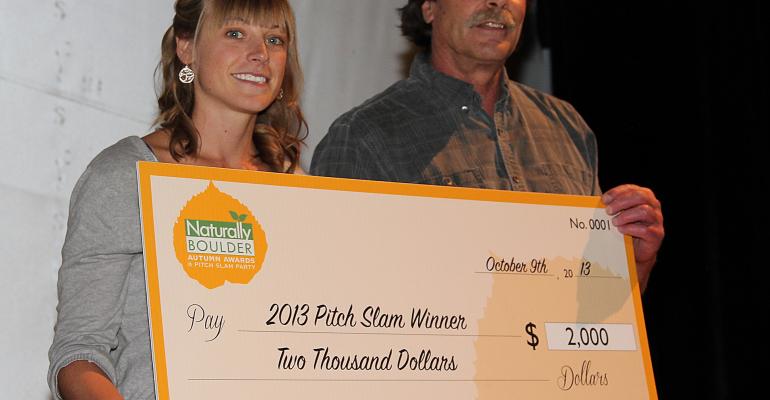 Economic development organizations have popped up in tiny towns and major cities across the nation to help budding startups and established businesses thrive. Those organizations are great resources, but we all know that different types of businesses have different needs. That’s what’s so cool about seven-year-old Naturally Boulder, an economic development organization dedicated to supporting organic and natural products businesses. The organization is located in Boulder, Colo., because the city, with its healthy-food obsession and go-green mentality has become the epicenter of the natural products industry, Spokesman Paul Raab said.

Last week, the organization held its Autumn Awards to honor the best and the brightest in the local natural products industry.

The biggest winner of the night was CompoKeeper, an odor-free kitchen compost bin. The Boulder-based company won Naturally Boulder’s Entrepreneurial Pitch Slam, a Shark Tank-esque competition where more than 25 companies had three minutes to pitch themselves to a panel of natural products industry veterans. As the winner, CompoKeeper scored a prize package of cash and business services worth about $50,000.

Though it deals with smelly stuff, the company’s story is actually quite sweet. CompoKeeper was started by a father-daughter team who have seen the project from a homemade prototype to a manufacturing-ready product. The idea is to make it easy (and clean!) to do the right thing for the environment. On top of that, their current Kickstarter campaign aims to raise enough money to pay the higher costs to manufacture the product in America.

As the company writes, “It doesn't make sense to make such an eco-friendly product in an unfriendly way.”

In grassroots style, winners had been nominated by members of the community.