HomeArchiveCoca-Cola tips the scale with its new ad campaign
Recent
Latest
4 tips to get ahead of chemical concerns in packaging
May 20, 2022
7 CBD favorites in the increasingly popular gummies format
May 20, 2022
Mission MightyMe helps parents introduce allergens to babies
May 20, 2022
UNFI's Eric Dorne to step down as chief operating officer
May 20, 2022
Trending
Whole Foods' honors 30 companies with 10th annual Supplier Awards
May 18, 2022
Getting ready for 2023: Trends for brands to consider
May 17, 2022
Sponsored Content
The rise of sustainable business – eGuide
Sponsored Content
Natural beauty market trends
Jun 16, 2021

Coca-Cola tips the scale with its new ad campaign 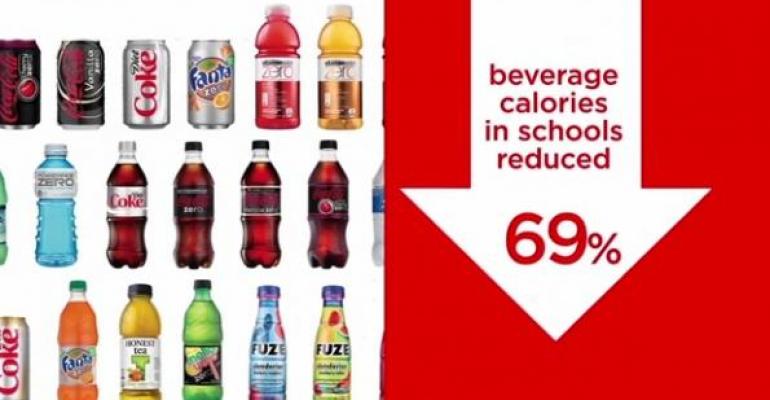 We can’t be too disgusted at Coca-Cola, the mega-soft drink conglomerate whose brand beverage is known in all corners of the world, and who just announced it would address obesity for the first time.

Indeed, when examining the implications of Coca-Cola’s recent actions, it would be irresponsible to ignore the Coca-Cola Foundation’s contributions totaling $9.9 million to support North American healthy living programs—such as partnerships with the Boys and Girls Club, donations to the National Park Foundation, and national sport tournaments—in 2012 alone. Coca-Cola’s website is also flooded with interesting articles recounting the company’s positive impacts on sustainability, education, clean water and women’s empowerment.

I grudgingly concur that Coca-Cola makes real and lasting impacts in the world through its philanthropy. But we can’t forget that Coca-Cola is a massive entity whose portfolio includes 15 $1 billion brands. Perhaps this is why the company is facing fervent criticism over its newly launched (and highly publicized) ad campaign to raise awareness about obesity.

“We are committed to bring people together to help fight obesity,” said Stuart Kronauge, general manager of sparklingbeverages, Coca-Cola North America in a statement. “This is about the health and happiness of everyone who buys our products and wants great-tasting beverages, choice and information. The Coca-Cola Company has an important role in this fight. Together, with willing partners, we will succeed.”

Thought leaders in the natural industry aren’t buying it. Michael Jacobson, executive director of the Center for Science in the Public Interest, issued a statement in response to the campaign. “What the industry is trying to do is forestall sensible policy approaches to reducing sugary drink consumption, including taxes, further exclusion from public facilities, and caps on serving sizes such as the measure proposed by Mayor Bloomberg,” Jacobson said, whose organization supports serving size limitations on sugary beverages.

Similarly, food pundit Marion Nestle wrote, “The ad is an astonishing act of chutzpah, explainable only as an act of desperation to do something about the company’s declining sales in the U.S.,” on her blog Food Politics.

Coca-Cola’s announcement is certainly timely. Rival-company Pepsi and pop singer Beyoncé faced the firing squad earlier this month when news of her $50 million endorsement of the company broke. “Knowles is renting her image to a product that may one day be ranked with cigarettes as a killer we were too slow to rein in,” wrote Mark Bittman in an op-ed published in the New York Times.

Of course, Beyoncé is only doing what hundreds, perhaps thousands of celebrities of have done in the past. And if publicity of any sort is the goal, both Beyoncé and Pepsi have seen a tremendous amount of coverage (including this blog).

Yet despite the falsity of the endorsement (“Buy a cartful of Pepsi and you can look like Beyoncé!”), it doesn’t upset me as much as Coca-Cola’s ad campaign. The Pepsi-Beyoncé duo is nearly kitsch: a cultural icon snuggling up to a cultural brand? Shame on us if we take that seriously. The zillion-dollar Pepsi commercials are pure fantasy. Do we not remember Michael Jackson's frickin' awesome 1984 Pepsi commercial? Or Cindy Crawford's, which is arguably the fantasy of little boys nationwide?

Coca-Cola’s ad campaign is much more dangerous because it connotes that their products do not contribute to obesity.

The television commercial is designed in such a way that it mimics a public service announcement. Normal, fit people are wearing normal, everyday clothes. It’s convincing, and it makes the viewer laud Coca-Cola for offering lower-calorie options, “creating smaller portion-control sizes,” adding calorie counts to the front of bottles, supporting healthy habits in school systems. Add a dash of nostalgic Coca-Cola footage and we’ll forget the science that shows drinking soft drinks significantly raises risk for obesity, stroke, and diabetes. It's nothing short of ridiculous.