HomeNewsConsumption as conservation
Recent
Latest
4 tips to get ahead of chemical concerns in packaging
May 20, 2022
7 CBD favorites in the increasingly popular gummies format
May 20, 2022
Mission MightyMe helps parents introduce allergens to babies
May 20, 2022
UNFI's Eric Dorne to step down as chief operating officer
May 20, 2022
Trending
Whole Foods' honors 30 companies with 10th annual Supplier Awards
May 18, 2022
Sponsored Content
The rise of sustainable business – eGuide
Sponsored Content
Getting ready for 2023: Trends for brands to consider
May 17, 2022
Sponsored Content
Unboxed: 7 plant-forward ice creams to stock this summer
May 10, 2022
IdeaXchange
brought to you by 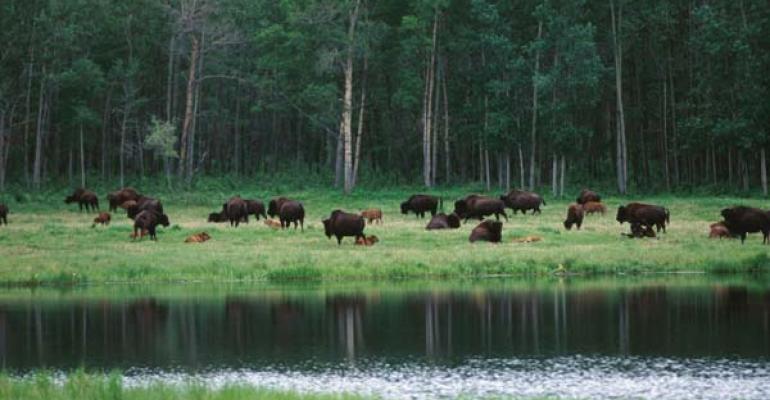 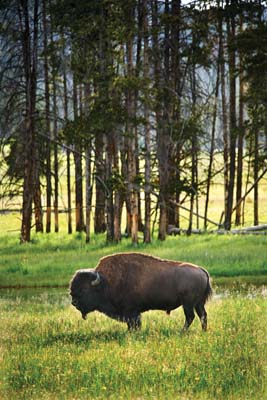 Can consumption be an act of conservation?

“Voting with your fork,” is a popular phrase among folks who understand that the decisions we make at the grocery store impact the complexion of agriculture and the ecosystem.

Bison seem to be a case study in conservation through consumption.

As the 1800s came to a close, bison herds that had once numbers in the millions were reduced to roughly 500 living animals teetering on the brink of extinction. In the first half of the 1900s, the primary focus was on restoring bison on public lands like Yellowstone National Park, Custer State Park, the National Bison Range and elsewhere. By 1958, National Geographic estimated that the bison population was “close to 10,000.”

Starting in the late 1960s, a number of ranchers began to dabble in raising bison, first as a novelty, and then as a serious enterprise. The ranching effort caught fire in the 1990s as disaffected cattle ranchers began to look for an alternative to the rapidly industrializing beef industry.

But the American consumer wasn’t yet part of the picture, so the ranching effort nearly collapsed as unsold meat stockpiled in 1999. During the past decade, however, customers discovered the great taste, nutritional and environmental attributes of bison. Meat sales soared, creating incentives to build the herds.

An incredible story of conservation and restoration, right?

Some critics now question whether bison on private lands can play a real role in conservation of the species. They claim that the growing popularity of bison will lead to the commoditization of the species, with a push to “kill the hump and build the rump” in an effort to hang more meat on the frame.

Yes, that is a danger… if bison begin to be treated like a commodity. But treating bison like a commodity would also destroy the very characteristics that are driving much of consumer demand. Our customers love bison for the taste, but they also appreciate that the animals are a natural part of the North American environment and haven’t been tinkered with through the years. Many ranchers are practicing holistic management and others are working with environmental groups to develop “Conservation Guidelines” for private ranching.

Yes, bison on ranches today live in fenced-in pastures, are marked with ear tags and handled in squeeze chutes. But let’s not let the perfect be the enemy of the good. The realities of 2013 are vastly different than 1813, even for the free-roaming bison on public lands. Wolves interact with the free-roaming bison herds in Yellowstone, so do camera-toting tourists in motor coaches.

The majority of rangeland in the United States is privately owned. Any effort to conserve a species that once dominated that ecosystem must include those landowners. And, as long as those landowners are involved, their customers will also be at the table.