Corn, soy, wheat and nuts: Are food allergies our future? 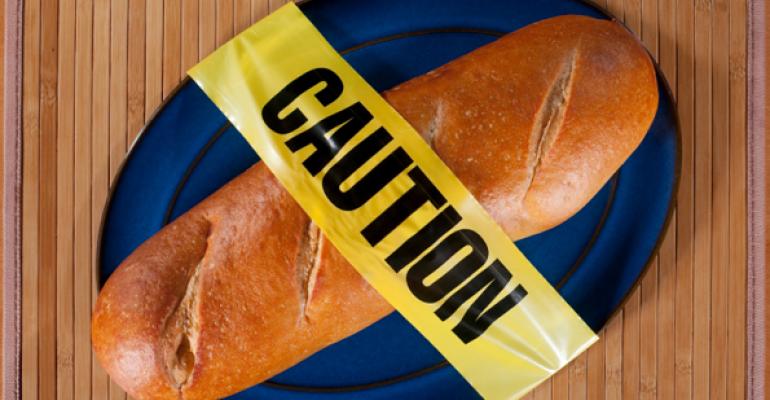 Last week, after many blood tests and skin tests, I learned that I am allergic to not one or two, but many things, including soy, wheat, corn, white potatoes, peanuts, pecans, pistachios, sesame seeds and sunflower seeds (not to mention the non-food items).  To say this list is daunting is an understatement. But having suffered a beaten down immune system and increasing bouts with asthma, bronchial and sinus infections, I was relieved that I could possibly change the status quo of my health.  What is most perplexing is, why now? Why, at the age of 44, has my asthma, which came on as an adult and has always been primarily sports induced, suddenly worsened to the point that I lived off my inhaler for the first 3 months of this year? And why, now, are these food allergies suddenly taking a toll on my health?

The rise of food allergies

The CDC lists over 160 foods that can cause allergic reactions, but they have targeted 8 from this list (a.k.a. the Big 8) as causing 90 percent of these reactions: wheat, soybeans, fish, shellfish, eggs, cow’s milk, peanuts and tree nuts. It should be noted that while a wheat allergy is not celiac’s disease (which is an autoimmune disease, not an allergy), the two are similar in that you end up eating gluten free.  The gluten-free foods and beverages market alone marked a compound annual growth rate of 30% during the period of 2006-2010, with $2.6 billion in sales, and it continues to grow.

A food allergy, as outlined by the Allergy Kids Foundation, occurs when your body sees food proteins as foreign and launches an inflammatory response to drive out those foreign invaders. What’s in our food that is causing such reactions? The answer is exactly what my body is rejecting: corn, soy, wheat and peanuts. The abundance of these foods, particularly  the first three, in our food system is mindboggling. If a food doesn’t have wheat in it, it has soy in it (or nuts and seeds); if not soy, then corn. In essence, these are the building blocks of processed foods, and together they create a web that builds on itself. The list of corn allergens alone is a force to be reckoned with. Think you’re avoiding corn? Look closer. It’s in vitamins, it’s in chocolate, ice cream, it’s in organic snacks. Malic acid, maltodextrin, vanilla, sucrose, glucosamin—all contain corn.

My hunch is that in the near and long-term future, unless we make some serious changes to our food system, we are going to see food allergies continue to increase, if not skyrocket. Corn, soy and wheat are what allow food companies to keep food prices low. Although corn is still under the radar, I suspect it will be the next big allergen trend to hit, leaving food manufacturers and retailers to come up with solutions. The numbers are starting to indicate that maybe our mono crop focus is too much.

In my case, I’m lucky to work in a place where what we write about, read about and pursue in our daily lives is healthy living. It’s not such a leap for me to remove these foods from my diet. What I really lose is convenience. I have to be more prepared, because in a pinch, I can’t just eat anything. But what I can still eat are vegetables, fruits, rice, quinoa, oatmeal, yogurt, cheese, eggs, fish, meat and poultry. Organic, of course, and probably even GMO-free, given that I’ve cut out corn and soy. See a pattern? There may be something to this “eating healthy” and whole foods after all!