Curcumin as effective as drug for RA sufferers, study shows 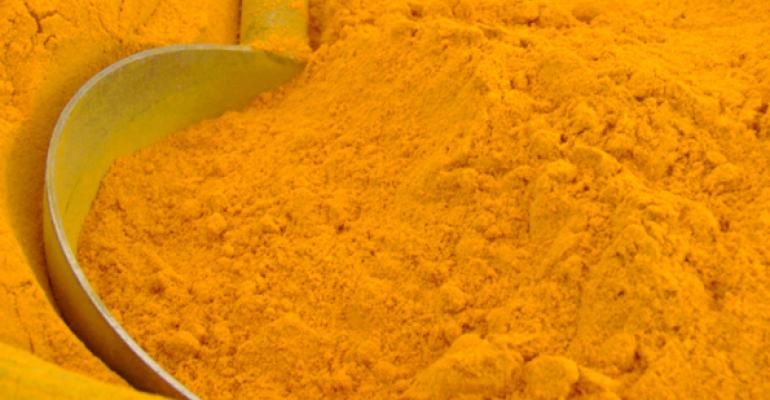 As more research shows the connection between inflammation and many diseases—from cancer to cognitive decline—it’s increasingly important that researchers continue to explore ingredients that promote a healthy inflammatory response.

A recent human clinical trial published in the March 2012 edition of Phytotherapy Research, demonstrated that BCM-95, a highly bioavailable form of curcumin, was as effective in alleviating symptoms of rheumatoid arthritis (RA) as diclofenac sodium (branded Voltaren, a leading pharmaceutical NSAID treatment).

The single-blinded pilot study was designed to determine whether twice daily supplementation with 500mg capsule of curcumin separately and in combination with diclofenac sodium (50mg) for eight weeks would improve Disease Activity Scores in patients diagnosed with active RA.

Forty-five participants were randomized to three groups (curcumin only, curcumin in combination with diclofenac sodium and diclofenac sodium only) and after eight weeks of therapy their DAS scores were reassessed along with the American College of Rheumatology (ACR) criteria for reduction in tenderness and swelling of joints.

The BCM-95 curcumin group experienced the most improvement, though the score change wasn’t sufficiently higher than the combination and drug-only scores to call it an out-and-out winner, explained Cheryl Myers, chief of scientific affairs and education at EuroPharma, makers of CuraMed which uses BCM-95 to promote a healthy inflammation response.

Nonetheless, “the findings of this study are significant, as these demonstrate that curcumin was not only safe and effective, but was surprisingly more effective in alleviating pain compared with diclofenac,” wrote the study authors Binu Chandran and Ajay Goel.

According to Myers, as many as 20,000 Americans die each year from the negative effects of NSAIDs—ulcers, stomach bleeding, kidney function disruption and intestinal bleeding, to name a few. The indication that BCM-95 curcumin might offer a safer and equally as effective alternative to drug treatment should not only offer hope to RA sufferers, but inspire further research on this important ingredient.

“Our observations that curcumin alone was able to alleviate symptoms of rheumatoid arthritis in this study are quite encouraging, and these results provide an ideal springboard for investigating the potential of curcumin in other chronic diseases arising in the setting of dysregulated chronic inflammation,” wrote Chandran and Goel.

What do you think about the study? Leave a comment.