HomeNewsThe dangers of mercury poisoning
Recent
Latest
3 reasons natural retailers are inflation-friendly shopping destinations
May 25, 2022
Sponsored Content
Organic agriculture and its impact on ingredients and the planet – webinar
Sponsored Content
The goodness wrapped in a certified organic seal – video
Podcast: What brands need to get on shelf at Fresh Thyme Market
May 24, 2022
Trending
Getting ready for 2023: Trends for brands to consider
May 17, 2022
6 tips to promote consumer understanding of Certified Organic
May 18, 2022
The Planting Hope Company aims to prove gender equity leads to success
May 23, 2022
Natural beauty market trends
Jun 16, 2021

The dangers of mercury poisoning 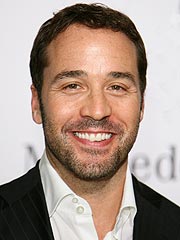 If you watch TV or browse the internet, you've probably heard the punch lines about Entourage star Jeremy Piven's bout with mercury poisoning. (David Mamet: "[He's] pursuing a career as a thermometer.") The mainstream media has treated the news as if it were a made up mystery ailment. But mercury poisoning is the real deal. Piven blames his acute mercury-poisoning symptoms (memory loss, dizziness, sensitivity to light) on the large amount of sushi he eats. If you're concerned about your fish intake, make sure that you're choosing fish with low mercury levels. Then get the latest fish news and mercury updates from the Monterey Bay Aquarium's Seafood Watch and these countrywide health organizations.