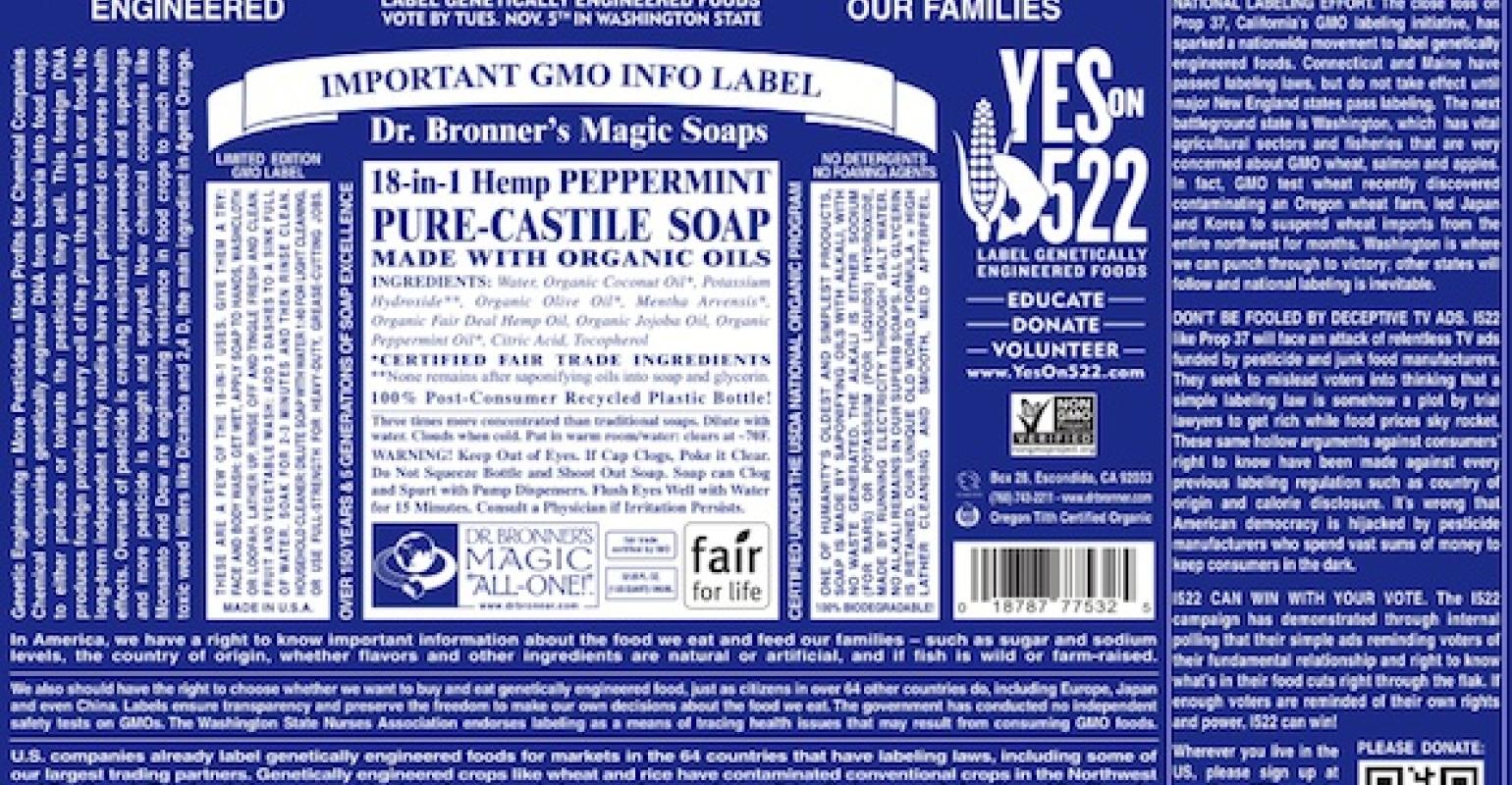 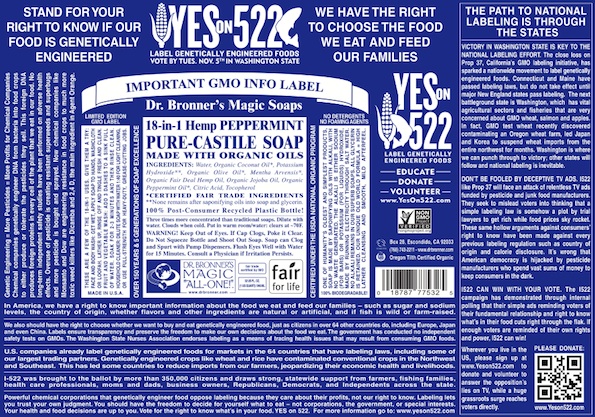 Chances are, you’ve grown bored while standing in the soapy confines of your shower, waiting for the conditioner to rinse from your hair and have read a Dr. Bronner’s soap bottle to pass time. Notoriously packed with text, Dr. Bronner’s labels oft-contain thought-provoking stanzas by Rudyard Kipling, "Moral ABC’s," inspiring company history and the proclamation, “Absolute cleanliness is Godliness!”

But rolling out in September, just in time for election season, the quart-sized Dr. Bronner’s liquid soap bottle may contain something a little more political: a Thomas Paine-esque label outlining GMOs, and the importance of Washington’s I-522 initiative. Not only does the label call on soap users to vote “Yes on 522” by Tuesday, November 5th, but also the label offers tangible information on the GMO-labeling issue.

“The close loss on Prop 37, California’s GMO labeling initiative, has sparked a nationwide movement to label genetically engineered foods. Connecticut and Maine have passed labeling laws, but do not take effect until major New England states pass labeling,” the label reads. “It’s wrong that American democracy is hijacked by pesticide manufacturers who spend vast sums of money to keep consumers in the dark.”

Now that’s dedication toward a cause! Dr. Bronner’s is a longtime supporter of issues integral to the natural industry, such as organic, fair trade, hemp legalization and of course, non-GMOs. But I am incredibly impressed by Bronner’s keen, pointed pedagogy. The company is communicating the GMO issue to people attuned to the natural industry. (I suspect the majority of Dr. Bronner’s customers care about where ingredients come from.)

The next step? How can we communicate this message to those that don’t know—or don’t even care—about the GMO issue?

Pehaps the "GMO OMG" documentary may be just the thing.