Is eliminating meat really better for the environment? 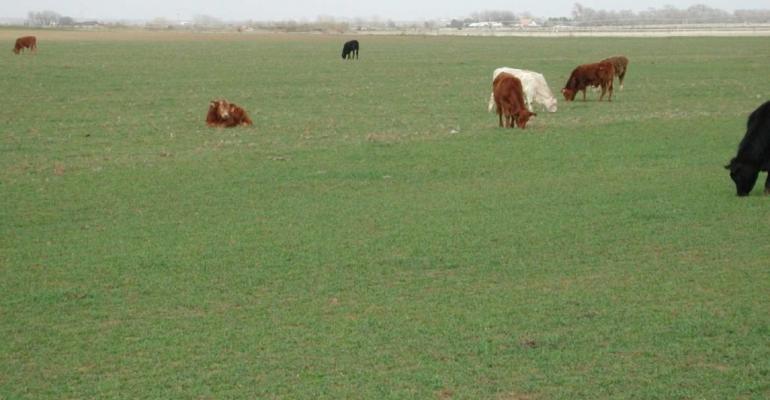 During the past decade, a growing chorus of voices has been tying our environmental ills to greenhouse gases. And, greenhouse gases are getting tied to one culprit: livestock.

I’ll not argue that modern industrial livestock production practices have created a sometimes devastating environmental impact. For some, the answer seems obvious. Eliminate meat; save the environment. Period. End of story. Problem solved.

What, though, would our environment look like without livestock?

The Great Plains are a harsh ecosystem shaped through the ages by highly variable temperatures, lack of surface water, extended periods of drought, and constant wind. In this environment, drought-resistant native grasses with extensive root systems evolved to hold the ground against the raking winds, and to capture carbon from the atmosphere and return it to the soil. As the grasslands evolved, so too, did grazing and browsing ruminants like bison, antelope, and deer. As the ruminants thrived, predators—including humans—followed.

Grass, livestock and people were all key to the health of this harsh environment. Holistic management pioneer Allan Savory coined the term brittle several years ago to describe this ecosystem.

In all but the driest years, grasses in a britttle environment produce about one-third more growth than will decompose. Without grazing animals or fire to remove that excess growth, this ecosystem slowly collapses. In balance, the animals remove the excess growth, and fertilize the soil with their excrement. The animals convert the cellulose of grass to protein, which is then consumed by humans and other predators. And, the healthy grassland removes excess carbon from the atmosphere.

As illustrated in Dust Bowl, the sodbusters shattered the brittle balance of the Great Plains environment. The result was one of the top man-made environmental catastrophes in recorded history.

It’s easy to brush this off as being isolated in one small corner of the American ecosystem. After all, most of Dust Bowl centered on the tiny strip of land known as the Oklahoma Panhandle.

But, it’s not just the Panhandle, and it’s not just the southern Great Plains. It’s not even just North America. Native grasslands account for more than 40 percent of the North American ecosystem, with much of that land falling well into the brittle category. Around the world, more than 30 percent of the landmass qualifies as grasslands. It’s called the Steppes in Russia, the Pampas in South America, and the Savanna in Africa.

Livestock production done wrongly can damage the environment. An environment without livestock would be much worse.

Boulder beefs up natural standards for cattle
Feb 06, 2012
Inside a working Niman cattle ranch
May 03, 2012