HomeNewsFarmers: Educated consumers aren't the enemy
Recent
Latest
Innovation at Milkadamia is a weekly exercise
May 27, 2022
Sponsored Content
Are there potential carcinogens swimming in your biobased laundry detergent? – article
Rowdy Mermaid disrupts functional beverages with science-based innovation
May 26, 2022
Monitor: Environmental claims confuse consumers—even natural shoppers
May 26, 2022
Trending
Getting ready for 2023: Trends for brands to consider
May 17, 2022
Natural beauty market trends
Jun 16, 2021
The Planting Hope Company aims to prove gender equity leads to success
May 23, 2022
Podcast: What brands need to get on shelf at Fresh Thyme Market
May 24, 2022
New Hope 360 Blog
brought to you by 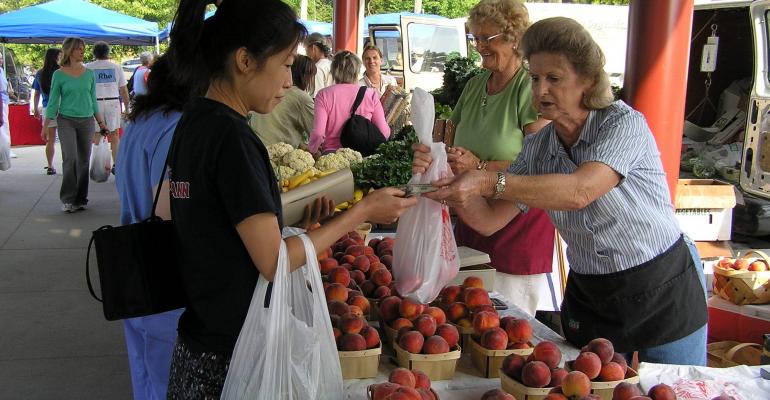 One of the yardsticks agriculture has relied upon to measure its success through the decades is a calculation of the number of people fed by the average American farmer. Farm Bureau even issues an annual news release trumpeting each year-over-year increase. Last year the number was 155. In 1940, the number was 19.

The transition has also meant the rise in industrialized commodity production operations at the expense of diversified family farms. Ag economists, policymakers and even many farmers heralded this as a sign of progress. Earl Butz, Richard Nixon’s infamous Agriculture Secretary, urged that the term “agribusiness” should replace “agriculture.”

As farms adopted industrial manufacturing practices, EPA, OSHA and other agencies began to impose regulations similar to those found in other manufacturing factories. The remaining medium and small family farms found themselves struggling under those same regulations.

That’s when the industrial farms, and the policymakers supporting them, began to paint a picture of the new villain threatening rural America: the consumer.

The consumer, who knew nothing about farming, was responsible for imposing burdensome regulations on agriculture.

I’ve lost count of the number of farm events I’ve attended through the years in which a speaker’s presentation began with, “The problem in agriculture today is that consumers don’t know where their food comes from. They simply think that milk comes from the grocery store.” This is usually followed by a list of the rules and regulations being imposed on agriculture.

In short, the attitude seems to be: “I have met my enemy, and she is my customer.”

Ironically, a growing number of customers do want to know where their food comes from, and how it is produced. That development really scares industrial agriculture.

Years ago, I sat in at a meeting of cattlemen (yes, they were all male), where the primary topic of discussion was frustration with consumers’ rising opposition to the use of growth hormones and antibiotics in livestock. Finally, one rancher from Wyoming leaned back, scratched his head, and offered, “Fellas, we can talk until the sun turns square about what kind of beef our customers ought to buy. But it seems to me, that’s a choice our customers get to make.”

No business can long survive by treating their customers with disdain. At the very least, it will become less and less relevant.

Organic farmers, natural beef producers, bison ranchers and other segments of “alternative agriculture” are restoring a connection with consumers by respecting their customers’ interest in how food is produced. Those farmers are the best hope in making rural America more and more relevant in the years ahead.