HomeProducts and TrendsFood and BeverageFDA: High fructose corn syrup is not 'corn sugar'
Recent
Latest
Getting ready for 2023: Trends for brands to consider
May 17, 2022
EXPO VIDEO: How did a young sparkling water brand get licensing deals with Marvel and Disney?
May 16, 2022
Beyond Meat's product launches lower Q1 profits
May 16, 2022
Sponsored Content
Exploring the CBD gummy revolution – article
Trending
Debra Stark’s light shines bright on natural products industry
May 10, 2022
Unboxed: 7 plant-forward ice creams to stock this summer
May 10, 2022
Hemp CBD industry struggles so far in 2022
May 10, 2022
Monitor: Consumer research on collagen shows how much education is needed
May 12, 2022 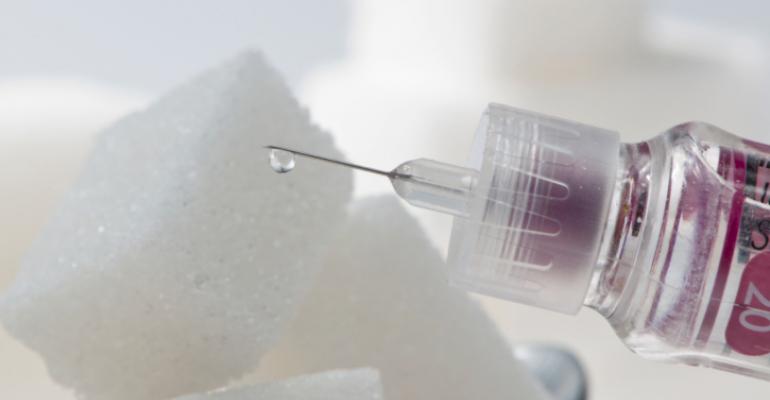 I thought that the sophisticated marketing and lobbying machine of the Corn Refiners Association would prevail in its attempts to first “change the conversation” about high fructose corn syrup, and also to prevail upon the FDA to official change its feared-and-loathed name of “high fructose corn syrup” to the much more consumer-friendly “corn sugar.”

Instead, the FDA sent a letter to the Corn Refiners Association yesterday saying high fructose corn syrup will remain just that.

The 1,000-word letter, supported by 14 reference citations, claimed three reasons why the FDA believes the petition by King Corn “does not provide sufficient grounds for the agency to authorize ‘corn sugar’ as an alternative common or usual name for HFCS.” Those three reasons are:

Of note, the official statement from the Corn Refiners Association was that its smackdown was made only “on narrow, technical grounds” and that “the fact remains” that “the vast majority of American consumers are confused about HFCS.”

The thing is, had FDA allowed this name change to go through, consumers would only have been more, not less, confused about HFCS.

The difference is in how you look at it. HFCS supporters claim consumers are confused because they think HFCS is bad, and their position is it’s no worse—no different, really—than sugar. And sugar is making a comeback because—say what you will about it—there’s no question that sugar is natural.

Opponents point out the suspicious spike in obesity that correlates with the introduction of HFCS in the mid-1970s. In August 2007, at the American Chemical Society meeting, researchers disclosed a unique way HFCS's unbound fructose and glucose molecules increase reactive carbonyls that lead to diabetes.

The flip side of the consumer confusion issue is manifest in a 2007 Consumer Reports National Survey indicating that a large majority of consumers (83 percent) did not believe that ingredients like high fructose corn syrup should be used in products labeled as “natural.”

It’s notable that this is the second time in the last four years, since the corn lobby has tried to burnish the tarnished street cred of HFCS, that the FDA has come down against it.

Back in 2008, an FDA staffer created a media brush fire when he was quoted as saying that HFCS does not qualify as “natural.” This was part of a dialogue to create an official definition of natural—a pitched battle that is currently being waged not by regulators but by lawyers.

“If the name had been changed, it would have given consumers the wrong impression that this product is ‘natural,’” said Urvashi Rangan, PhD., the director of the Consumer Safety Group at Consumer Reports. “This is a corn starch that has to be chemically processed. The term ‘corn sugar’ simply doesn't reflect the chemical changes that take place in production."

The Corn Refiners Association, for their part, have made the case that HFCS is not only corn sugar but also natural. This is based on the reasoning that HFCS is derived from corn, and, like natural sugar also contains the two primary sugars, fructose and glucose.

While this decision by FDA does not address the “natural” equation, if the corn lobby’s rationalization that HFCS is corn sugar—which, face it, sounds a whole lot more natural and friendly than high fructose corn syrup—has been denied, who’s to say its “HFCS is ‘natural’” gambit is also flawed?

And there goes the whole house of cards.

And this is why I’m so surprised. After all, this is America gosh darn it, and he who holds the most money wins. Why did a regulatory agency go against an association whose members include all the giants of American agribusiness: ADM, Cargill, National Starch, Tate & Lyle?

The answer may lay in the other giant of American agribiz: the sugar lobby. “Enough is enough: there’s only one sugar, and it’s not high-fructose corn syrup,” crowed the Sugar Association.

Corn still on top, stevia not so much

And yet, this battle is hardly over.

The advantage of HFCS to food manufacturers is that it is sweeter than sucrose, is easier to handle during processing, has a longer shelf life and is cheaper than sugar. Much like GMOs, this battle about HFCS all about food producers and nothing at all to do with consumer health.

Buck up, King Corn. With tariffs on imported sugar, the Farm Bill and a propped-up corn-based biofuel industry, King Corn does all right by the US government.

The pitched battle over HFCS's alleged role in obesity continues. Backers assert that HFCS has nearly the same composition and caloric content as sugar and honey (half fructose and half glucose, 4kcal/g). A July 2007 American Journal of Clinical Nutrition study, supported by the Corn Refiners Association, concluded there was no difference between HFCS and sucrose on hunger, satiety or short-term energy intake.

Despite evidence to the contrary—from health benefits to proper nomenclature—I don’t expect the corn lobby to pack up their tents and withdraw their lucrative product from the market. Chalk up this battle victory to consumers (and maybe to cane sugar). But the larger war goes on.

To that end, I bring you the next great functional, natural sweetener for your consideration: monk fruit. Hey, hey we’re the monk fruit! Davy Jones would approve.

“Concentrate the mogrosides and you can drive the price point down,” said Marc Brush, editor-in-chief of Nutrition Business Journal. “When monk fruit has price parity with stevia, it’s a whole new game.”