FDA may not be counting your vote for GE labeling 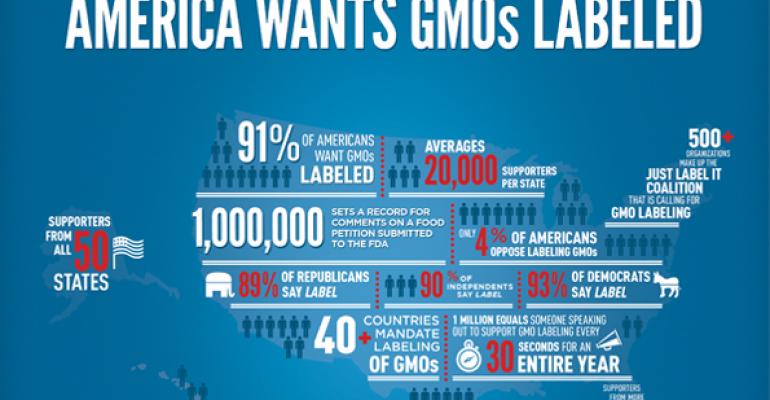 Last week’s celebratory announcement that the Just Label It campaign surpassed the goal of 1 million signatures in favor of GMO labeling was severely undermined this morning with the news that the FDA is only counting them as 394 separate comments. Although the JLI campaign collected and submitted the most number of signatures than any other petition in FDA’s history, yours might not be counted.

Why? "Because FDA’s rules say that if tens of thousands of people sign a single petition or submit the same form letter, they are only counted as one collective comment," reported the Organic Authority.

Since when does the FDA reserve the right to artificially lower the volume on the collective voice of the public? What should we have done differently to be heard?

The Just Label It campaign took great strides in educating consumers about genetically engineered ingredients that are used in nearly 80 percent of processed foods in the United States. Over a million of those consumers have demanded the right to know if their food contains GMOs, but the vast majority of us don’t count.

I wonder: Is my signature one that the FDA has effectively erased? And if so, what can I do to ensure it is counted? If the FDA ever considered itself accessible and transparent, now is the time to educate consumers about how to make their voices heard. For instance, what "counts" as a comment?

This hotly debated issue seems stacked against the majority rule. Why do a small number of large chemical companies have a louder voice than 1 million U.S. citizens?

If you were asked to resubmit a comment (according to FDA's preferences), would you?

I would. Just tell me how.