HomeNewsFDA's findings on GMO salmon seem fishy at best
Recent
Latest
4 tips to get ahead of chemical concerns in packaging
May 20, 2022
7 CBD favorites in the increasingly popular gummies format
May 20, 2022
Mission MightyMe helps parents introduce allergens to babies
May 20, 2022
UNFI's Eric Dorne to step down as chief operating officer
May 20, 2022
Trending
Whole Foods' honors 30 companies with 10th annual Supplier Awards
May 18, 2022
Getting ready for 2023: Trends for brands to consider
May 17, 2022
Sponsored Content
The rise of sustainable business – eGuide
Sponsored Content
Natural beauty market trends
Jun 16, 2021
New Hope 360 Blog
brought to you by 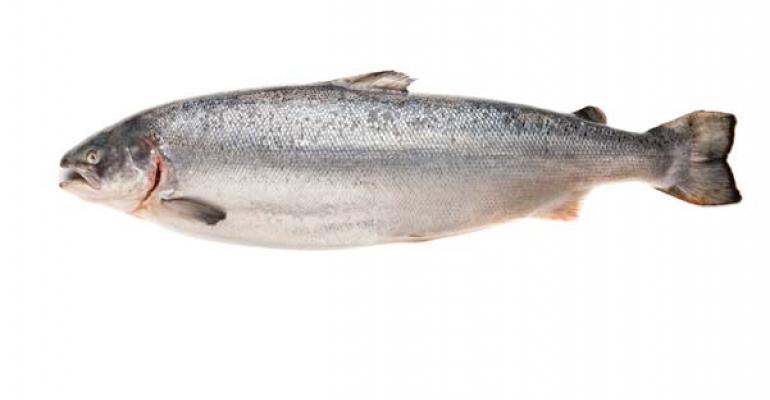 The U.S. Food and Drug Administration (FDA) recently announced that it was extending the public comment period regarding its "Preliminary Finding of No Significant Impact Concerning a Genetically Engineered Atlantic Salmon."

I generally limit my musings on the food system to four-legged critters or crops. But I'm currently engaged in some discussions with policymakers at FDA and the U.S. Department of Agriculture on issues surrounding labeling of non-genetically engineered products, so I thought I ought to take a look at the FDA's "preliminary finding" on the genetically engineered salmon.

Just for background, the product under consideration is a salmon that has been engineered through the insertion of a gene from a type of ocean eel to create a fast-growing, all-female population that can be brought to market in about half the time of wild-caught or conventionally farm-raised salmon.

The FDA has already promised that food from the genetically engineered salmon "is as safe as food from conventional Atlantic salmon, and that there is a reasonable certainty of no harm from consumption" of food made from the laboratory version.

This latest document simply looks at the potential environmental impact of the new-and-improved salmon. And, the agency now says that the possibility of genetically engineered fish escaping from containment to enter the local environments to survive or reproduce is "extremely remote."

"Reasonable certainty"… "extremely remote"… why am I reminded of the public officials a few years back who assured us that there was "no doubt" about weapons of mass destruction in Iraq?

These findings by FDA offer little reassurance to producers who are trying to preserve the integrity of organic and heritage genetics in crops and livestock.

Organic farmers today are dealing with increasing pressure to regularly test their crops to verify the lack (or very low level) of contamination from genetically modified material. It's not because organic growers are deliberately planting genetically modified seeds; it's because they cannot wall themselves off from the birds, winds and waterways that spread the GMO material through the environment. Birds and winds probably aren't a major concern for salmon production, but earthquakes, floods, tsunamis and simple human error could enter into the equation.

How to call Congress to support organic farmers
Jul 12, 2012