Fukushima's impact so far a wash for seaweed products 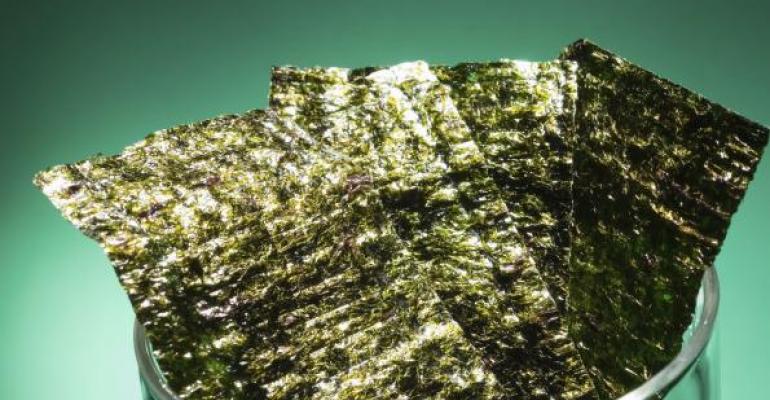 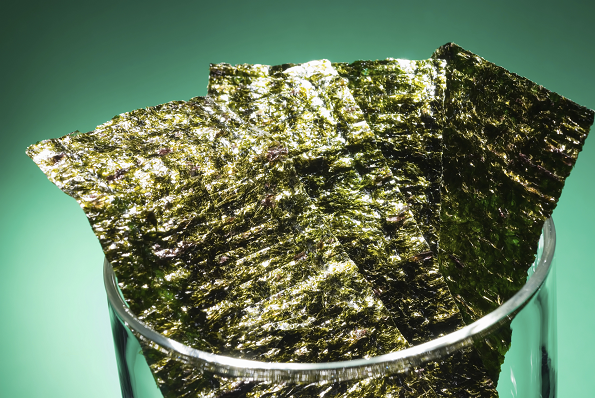 It’s been more than two and a half years since a massive earthquake crippled Japan’s Fukushima Daiichi power plant, and still the effects of the disaster are making headlines as water laced with radioactive isotopes continues to leak into the Pacific Ocean.

Since the March 2011 earthquake that crippled the reactors, scientists and governments have been racing to study the potential effects of the toxic water on marine life from bluefin tuna to cod, and some of the results are alarming. One recent article in the New York Times reported that the Japanese government found 1 in 10 of some species of bottom-feeding fish caught near Fukushima are contaminated by amounts of radioactive cesium that exceed safety limits.

Download Nicholas Fisher's report about radiation found in seaweed off the coast of Japan.

Meanwhile, the seaweed snack product industry has been soaring to new heights with products like seaweed chips, seaweed flavored rice cakes and almond chunk seaweed sticks. One company, SeaSnax, has seen 300 percent growth since it was founded in 2010, CEO and founder Jin Jun said.

“There is a heightened consciousness for wanting simpler healthier foods,” said Ben Kim, Jun’s husband and “chief etcetera officer” of SeaSnax. “People are actively seeking out healthier snacks because (snacking) is a bigger part of their lives.”

So considering the literal tide of Fukushima-related contamination and the figurative one of the skyrocketing seaweed market, the question is: Did they collide?

Thus far, scientists haven’t sounded the alarm bells about potential radioactive contamination in seaweed like they have with other marine species. But they didn’t give the all-clear either.

Steven Manley, a biology professor at California State University Long Beach measured the radioactive iodine levels in sea kelp off the coast of California immediately after the disaster. The kelp, which concentrates iodine 10,000-fold and would have been affected by iodine 131 released into the atmosphere, did indeed show elevated levels of the radioactive isotope. Some plants showed levels that were 250-fold higher than what was measured in kelp plants prior to the disaster. But the results didn’t prompt any sort of public health outcry because the amounts detected were very small and the isotope’s eight-day half-life means it degrades very rapidly, Manley said. Even in areas closer to Fukushima, after 30 days of seaweed being harvested, there would be very low amounts of iodine, he said. Tests of the kelp Manley collected also didn’t pick up noticeable amounts of Cesium 134 or Cesium 137, other radioactive elements of concern.

The majority of seaweed, however, is farmed in Asia, not California. Nicholas Fisher, a professor at Stony Brook University traveled closer to the source, testing macroalgae off the coast of Japan. Fisher’s team found elevated cesium in seaweed samples, but not at levels that exceeded safety standards set by Japan’s Ministry of Agriculture, Forestry and Fisheries. There is no evidence to suggest that seaweed concentrates cesium like it does iodine, Fisher said.

Even so, Manley said he would continue to be cautious about seaweed coming from Asia.

“I would be very reluctant to harvest stuff around Japan or Korea unless it was actually counted and shown to be free from Fukushima radioisotopes,” he said.

Several seaweed snack manufacturers said they source their seaweed from the coast of South Korea, which has avoided major contamination issues thus far. Ocean’s Halo, a 2-year-old year old company out of the Bay Area, has been monitoring tests by South Korea’s Ministry of Oceans and Fisheries. The only radiation the tests detected were in tangleweed, also known as dashimi or kombu, a type of seaweed the company doesn’t use, said Mike Shim, the company’s co-founder.

SeaSnax is taking that vigilance one step further. In addition to monitoring government testing, Jun's brother-in-law moved to South Korea to do additional quality control and enhance product innovation. Ben Kim also zaps every shipment the company receives with a geigercounter, a device now common in Japan that measures radiation.

“The whole reason we started this is to help people eat healthier food," Kim said, a goal that would most certainly be derailed by the presence of radioactive elements.

He certainly has a point.