The future of retail is now with SCAN IT! mobile app 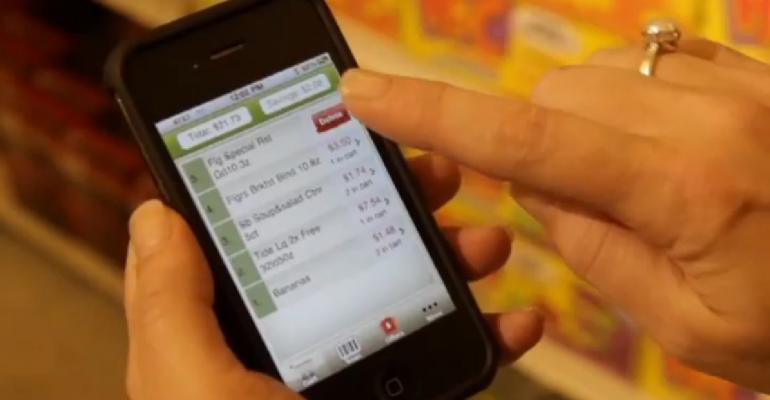 Lately I’ve been looking at the types of mobile apps being created by food retailers. I’ve found that when it comes to smartphone technology, it’s conventional supermarket chains—with their hefty R&D budget—that are experimenting most.

One of the more ambitious efforts is SCAN IT! Mobile, an app that Stop & Shop introduced to 45 of its stores last year. Using an iPhone or Android device, customers can scan and bag products as they shop and skip long check-out lines by paying at a special kiosk. Because the app is also tied into the store’s loyalty card database it will also offer coupons to the customer in real time as they peruse aisles. It’s like a scene straight out of Minority Report.

But since the products have already been scanned and bagged by customers before even approaching a payment kiosk, the SCAN IT! doesn’t have the kind of controls seen with other self-checkout systems, which use weight to ensure items have been paid for. So how does Stop & Shop make sure customers won’t simply slip out the door with a cart of unpaid goods?

Caron says that data collected on the mobile app system so far shows that the number items lost due to theft or otherwise is no greater than what is typically seen at regular checkout lanes or the self-checkout terminals. “One thing we’ve learned about human nature is that you’re either honest or you’re not,” says Caron. “And the app doesn’t change that.”

Perhaps. But it’s also true that there are a lot of mostly honest people who occasionally stray into dishonesty when they think no one is looking. So Modiv established a “random audit” process whereby cashiers will check the basket of a randomly selected customer to verify that all items have been paid for.

If everything matches up, the customer receives a higher “score” within the system, which decreases their likelihood of being audited in the future. But customers who score lower on the trustability scale will find themselves being audited more often. Get a low enough score and your SCAN IT! account will be canceled.

One might think that the concept of being individually measured and tracked on your likelihood to steal would raise protests of Big Brother among some customers. Caron is sensitive to such concerns. He insists random audit procedure is “really correct, it’s not intrusive, it’s fast and customers are actually okay with it.”

And the experimentation continues.

Get to know your customers with new mobile phone technology
Feb 23, 2011

Need to send an invoice now? Turn your phone into a mobile scanner
Aug 24, 2011