HomeNewsRegulatoryIs that a GMO? Just Label It!
Recent
Latest
Sponsored Content
How brands can get their trade spend under control – article
Sponsored Content
Going organic lifts everyone up – video
6 natural brands partner with UNSTUCK on new product line to aid refugees
Jun 23, 2022
Sponsored Content
The power of organic messaging – download
Trending
Getting ready for 2023: Trends for brands to consider
May 17, 2022
Unboxed: 7 clean collagen powders with a twist
Jun 21, 2022
12 brands marketing positivity, kindness and joy
Jun 17, 2022
Coca-Cola axes Honest Tea, but its founders are just getting started
Jun 07, 2022
New Hope 360 Blog
brought to you by

Is that a GMO? Just Label It! 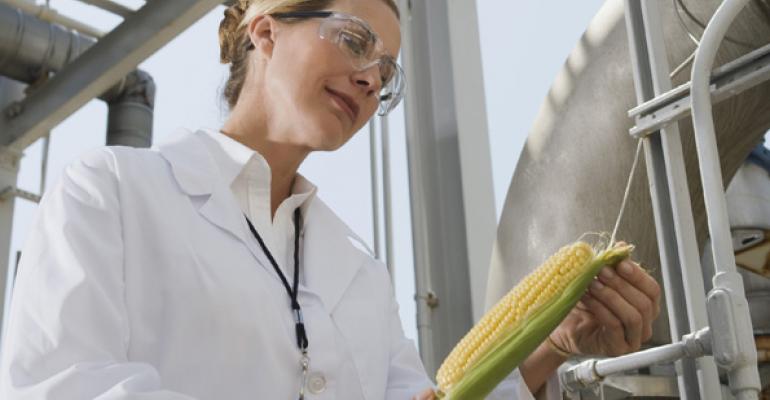 No doubt you’ve seen the petitions circling. You may even follow GMO news closely and know that, most recently, genetic material in GMO rice was shown in research to survive digestion, impacting cholesterol in humans. Or you may be skeptical about these and other reports on the direct or indirect health hazards of GMOs. Bottom line, like many Americans you may still be wondering: What, exactly, do GMOs have to do with me?

The choice should be ours

With over 75 percent of packaged foods containing one or more GMOs, they are near impossible to avoid. Over 80 percent of crops like corn and soy are genetically engineered. They’re in cooking oils, sugars, and baking powder; they’re also in suprising products like bee pollen and tofu; and they’re in those mysterious but ubiquitous ingredients like dextrose, isoflavones, lecithin.  With natural retailers and the FDA still hemming and hawing over how to handle GMOs (should they be allowed under “natural” labels?), the onus truly is on shoppers.

Wherever you fall on the spectrum of skepticism to outrage, don’t you want to make that choice yourself?

Me, too. Which is why I’m urging you to watch and share this just-released video, produced by Robert Kenner (of Food Inc. fame), with your friends, then add your name to list of the hundreds of thousands of folks who also want to make that choice—for themselves. All it takes is a label; we have the right to know, and we have the power to demand such labeling from our government.

That’s why Delicious Living and newhope360.com support the Just Label It Campaign, and why over 500,000 people like you—from moms and teachers to farmers and natural products retailers and shoppers—have contacted the FDA about why labeling is important. Please join the Just Label It campaign, watch the video, and then let your friends know, too—tweet it, share it, email it, talk about it.

The time is now. Why?

Every day, decisions are being made across the U.S. that have big impacts on our healthy-food choices. Case in point: Here in Boulder, where farmers, citizens, city officials, and business leaders have clashed over whether to allow GMO crops on public lands for several years—GMO sugar beets and corn were given the green light from city officials in late 2011. That means more pesticide exposure for me and my children; plus, GMO drift poses a serious threat to local organic farms and businesses.

How could this happen in Boulder—a city known for its focus on health, organic food, and open space—you ask? Well, I think this demonstrates the seriousness of the situation and the amount of education we have left to do. And you can help. Join me in spreading the word about GMO labeling by sharing this video and, like millions of folks in nearly 50 countries across the globe, in expecting GMO labeling.