If Walmart were a gorilla ... 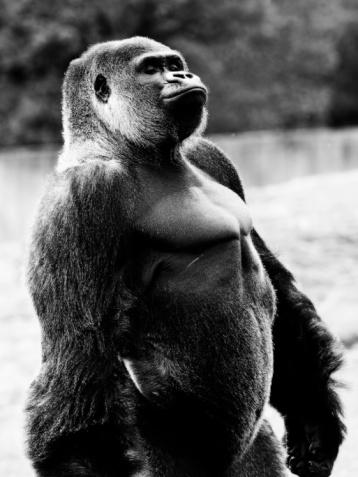 I walked away from New Hope’s all-company breakfast last week having learned a whole lot about Walmart. No, it wasn’t at the hands of a roomful of committed natural products professionals ranting about the southern-bred retail behemoth and its impact on communities and small businesses—although I’m sure such situations have played out in this office a time or two.

Rather, I learned from that morning’s guest presenters that Walmart has put some serious sustainability initiatives into play, and—whether we like it or not—the gazillion-dollar company has enough capital, clout and influence to affect major change in the U.S.

Highlights of this initiative include reducing greenhouse gases at its existing store, club and distribution center base around the world by 20 percent by 2012, making new stores 25 percent to 30 percent more efficient in four years and its gigantic truck fleet 25 percent more efficient in three years, and eliminating 20 million metric tons of greenhouse gas emissions from its global supply chain by the end of 2015. Walmart has also moved toward sourcing more sustainable and organic raw materials, reducing packaging and ensuring better-quality food.

Marc Major and Catherine Greener, cofounders of Cleargreen Advisors, a Boulder, Colo.-based company that advises businesses on how to incorporate sustainability, didn’t come to New Hope with the hopes of convincing us to ditch all previously held opinions of Walmart and throw on those blue “How may I help you?” smocks. But they did want to present Walmart’s sustainability story as an unbiased case study to shed some light on what the company has done, is doing now and plans to do in terms of sustainability—and why we should care. Major should know: Before founding Cleargreen, he worked as a sustainability-focused strategy consultant, and his biggest client was none other than Sam Walton’s brainchild-gone-viral. He’d been skeptical of this unlikely client at first, but realized eventually that the retail giant’s intentions were legit and its walk as loud as its talk.

Seriously, I’m not intending to sing Walmart’s praises or jump on its bandwagon. No one’s denying that Walmart has traditionally brought on several negative ramifications—driving independent, locally owned stores out of business; flooding communities with cheap, unhealthy food; and sucking up enough electricity to power those blinding fluorescent lights, to name a few. But, the fact remains that Walmart, by sheer size, dollars generated and influence wielded, and its actions have major impact on the entire nation—and this also holds true for when the company does something positive.

Major likened Walmart to a gorilla jumping on a trampoline. If you’re an independent retailer or a distributor or manufacturer, you obviously want to stay in the game, keep competitive, protect your livelihood. To do so, you might just have to join that gorilla on the trampoline. Obviously, the beast outweighs you about three to one, and if you try getting your jump on, his sheer weight and force will likely bounce you right off. But if you sync up with the gorilla, get in rhythm with his bounce, you might reap some benefits.

Again, you can buy into or reject Walmart’s efforts to improve. Either avenue has its valid points. But as the big, bad bully seems to be evolving into a nice(r) guy, it’ll be interesting to see who forgives and forgets past faults and who maintains a stance and how this will all shake out in the natural products world.