HomeArchiveInaugural luncheon a boon for bison producers
Recent
Latest
4 tips to get ahead of chemical concerns in packaging
May 20, 2022
7 CBD favorites in the increasingly popular gummies format
May 20, 2022
Mission MightyMe helps parents introduce allergens to babies
May 20, 2022
UNFI's Eric Dorne to step down as chief operating officer
May 20, 2022
Trending
Whole Foods' honors 30 companies with 10th annual Supplier Awards
May 18, 2022
Sponsored Content
The rise of sustainable business – eGuide
Sponsored Content
Getting ready for 2023: Trends for brands to consider
May 17, 2022
Sponsored Content
Unboxed: 7 plant-forward ice creams to stock this summer
May 10, 2022 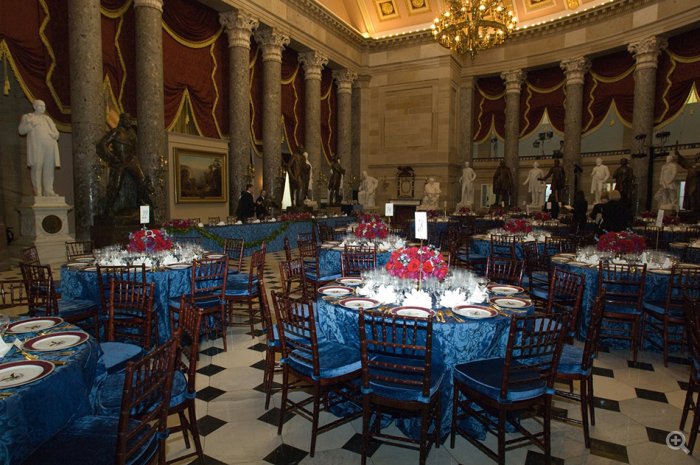 A couple of weeks ago, I picked up a phone message from a friend who is a bison processor and marketer in Rapid City, S.D.: “Hey Dave, what do you know about this Marian Burros thing and bison at the inauguration? Call me back.”

Marian Burros, just in case you didn’t know, is the food voice of the New York Times. A former Times food editor,  she now writes under the heading of “columnist.” Years ago, she was one of the first food editors willing to devote significant ink to little segments of agriculture like organic farming and grass-fed beef.

In 2007, she traipsed out to western South Dakota to spend three days mingling with buffalo ranchers from the United States and Canada at an International Bison Conference. The 160 column inches of coverage she provided in a Sunday edition of the Times following that event is still considered a focal point in introducing bison to the American culinary public.

So, when I received the phone message, I called back. Pronto.

Turns out that Marian had called my friend, Bruce, in Rapid City to ask about the bison he was providing for the Presidential Inaugural Luncheon. That was the first that Bruce had heard that he was supplying the bison, so it took a few minutes for him to figure out that one of his customers is the caterer who is handling the Inaugural Luncheon.

Having your product served at a function like an Inaugural Luncheon is always a big deal. For a small sector like the bison business, it’s a really, really big deal.

Most of the mainstream commodities have established USDA-administered checkoff programs to help promote their products. Through those programs, a small amount of every animal (or pound of milk) sold is deducted from the sale and dedicated to a USDA-administered fund for “marketing, promotion, and research.” The dairy industry generates roughly $125 million each year to paint milk mustaches on actors, and the $80 million raised annually through the beef checkoff enables Matthew McConaughey to remind us what’s for dinner.

Niche sectors in the food business face a challenge in getting the public’s attention in the midst of the checkoff-funded campaigns. So, when an event like an Inaugural Luncheon comes along, the free publicity is a major boost. And, having someone like Marian Burros tell the story is a big help as well.

But, as Bruce would be sure to remind me, “It all starts with the product.”

If you want to get in the spirit of the festivities around the Inauguration, don’t worry about trying to mimic the Inaugural Luncheon’s Hickory Smoked Bison Tenderloin with a Huckleberry Reduction… a grilled bison tenderloin with a little olive oil and seasoning salt is pretty darn tasty as well.

Naturals need to show up for the future of agriculture
Nov 09, 2012