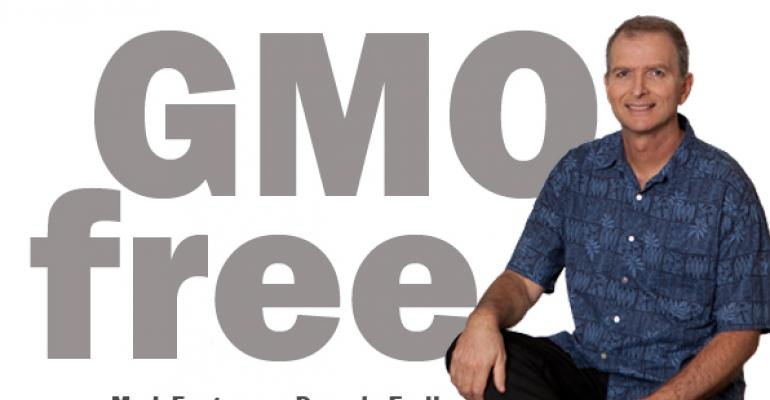 These are the retailers, among so many more, that I think of when it comes to taking a stand against GMOs.

Whole Foods Market has grabbed headlines across the nation after it announced at Natural Products Expo West that it would require GMO labeling on all products on its shelves by 2018. But it’s the independents and passionate individuals across the nation who have raised GMO awareness in a great way.

California retailers Mark Squire of Good Earth Natural Foods and Bob Gerner of The Natural Grocery Co. both served as founding members of the national Non-GMO Project, an independent verification and labeling organization.

Up the coast, Sundance Natural Foods in Eugene, Ore., last year completed a GMO audit that resulted in discontinuing about 40 brands. And across the nation, Nature’s Storehouse in Canton, N.Y., is not only booting GMO-containing products, its ousting products from companies that lobbied against California’s Proposition 37 labeling initiative that lost in the November election. 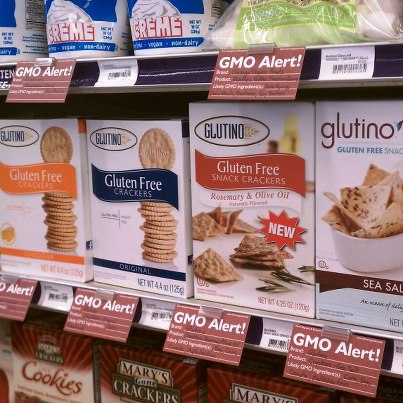 Terra Organica and Bargainica in Bellingham, Wash., took a unique tact that’s gone viral this month after it posted a picture of its "GMO Alert!" labels on shelves. It's opened great discussion on Facebook.

Down to Earth Organic and Natural in Hawaii, a retail sustainability leader, also announced this month that it will move toward becoming all organic and GMO free, something so many independent leaders have done or are doing.

The Independent Natural Food Retailers Association estimates 40 percent of its 101 members representing 152 storefronts have policies against bringing in new GMO-containing products. Organization leaders also believe that most, if not all, are seeking products to replace those that contain genetically modified ingredients.

Independent leaders such as these don't grab major media attention. But each is incredibly important. After all, a pebble creates a ripple; and many ripples become a wave. The swell has begun, thanks to independents across the nation.