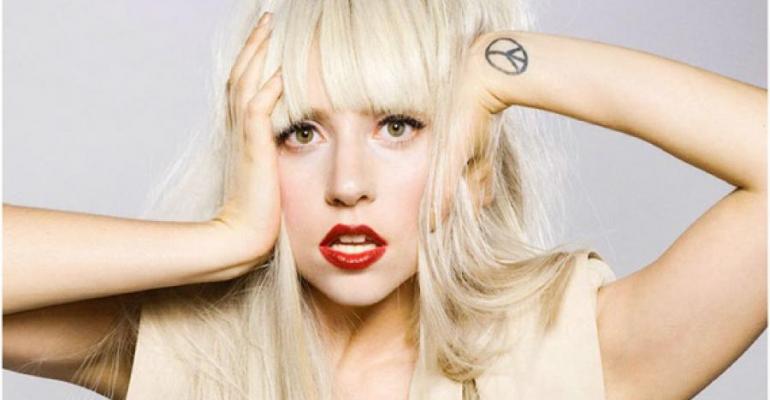 And the gluten-free diet confusion continues. The latest victim? Ms. Bad Romance herself told the Australian paper Sky News, she's going gluten free to drop 10 lbs. as she wraps up her international tour.

"Gaga has decided to go on a major body blitz and cut out all gluten and wheat from her diet, which is very hard to do," The Huffington Post reports. "She has given her people strict instruction to advise staff at venues and restaurants about her new diet because she is taking it very seriously."

She may be taking the diet seriously, but she's also seriously misinformed.

It's the sugar and addictive nature of wheat products that largely contributes to weight gain, not gluten. In fact, new research published in the August issue of the Journal of the Academy of Nutrition and Dietetics shows that gluten-free eating can lead to weight gain because many gluten-free products contain more added fats and sugars than their gluten-containing counterparts.

Furthermore, the study author, Arizona State University professor and researcher, Glenn Gaesser, PhD, "found there is no evidence that the gluten-free diet provides benefits to the general population and that gluten itself may, in fact, provide important benefits, such as supporting heart, gut and immune system health," according to a release.

I suspect the later finding will widely be disputed, but the point is if you're not gluten intolerant and don't have celiac disease, cutting gluten is not for you. To lose weight, you're better off trying any of the handful of super popular low-carbohydrate diets which often prescribe boosting protein and vegetable consumption and severely limiting all grains.

Gaga isn't the only misinformed celebrity. Miley Cyrus, Peter Sarsgaard and Kim Kardashian have all suggested a gluten-free diet helped them lose weight, and the media buzz continues to add to the consumer confusion about what and who this diet is really for.

Does it bug you when celebrities tout gluten free for weight loss? Share in the comments.