HomeProducts and TrendsFood and BeverageIs MiO just a younger, more attractive Crystal Light?
Recent
Latest
6 tips to promote consumer understanding of Certified Organic
May 18, 2022
Sponsored Content
Balanced Health Botanicals Newsletter – May
Getting ready for 2023: Trends for brands to consider
May 17, 2022
EXPO VIDEO: How did a young sparkling water brand get licensing deals with Marvel and Disney?
May 16, 2022
Trending
Debra Stark’s light shines bright on natural products industry
May 10, 2022
Unboxed: 7 plant-forward ice creams to stock this summer
May 10, 2022
Hemp CBD industry struggles so far in 2022
May 10, 2022
Monitor: Consumer research on collagen shows how much education is needed
May 12, 2022 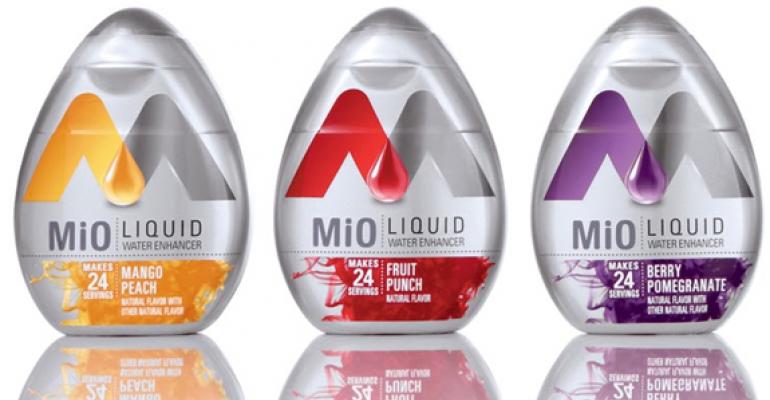 I suppose I’m given to certain superstitions and it’s in that vein that I’m inclined to seek out my horoscope when reading magazines. Most of the time they’re good for a laugh or an unexpected perspective on the day-to-day. But today my editor-in-chief read me a particularly appropriate rendition of my Libra horoscope from the Boulder Weekly.

In a review of James Gleick’s book The Information: A History, a Theory, a Flood, The Week magazine reported that “the world now produces more information in 48 hours than it did throughout all human history to 2003.” From that dizzying factoid, we can infer that you are more inundated with data than were all your ancestors put together.

It goes on to predict a flood of information in the coming weeks and urges me to go easy on myself lest I drown. I find both the metaphor of the flood and the reality of information overload distinctly apropos today of all days. Mostly because I woke up this morning to a literal flood in my basement bedroom—presumably from the condensation of an overzealous furnace.

But more to the point, I came to work with the intention of blogging on beverage innovations—or lack thereof—in the current market, only to find a cacophony of newsletters, articles and announcements crowding my inbox clamoring about new innovations, opportunities knocking and a dozen new studies about this and that ingredient.

All this information announced the “time to innovate is now” and all I can think about is MiO—the latest “innovation” from Kraft. The same Kraft that revolutionized family meals (and my childhood) with a product so identifiable and fundamental we don’t even use its name anymore. It’s just the Blue Box. Cue MiO, stage right. “Created to abolish the anguish and boredom of passive beverage drinking,” proclaims the website. It’s food coloring with a little bit of flavor in a squeeze bottle. Really?

Come on, Kraft. You guys came out with Crystal Light, a legitimate innovation in the beverage world, in 1982—nearly 30 years ago—and marketed on the same customize-your-beverage campaign that you’re using to push MiO. Thirty years of research, information, the birth of Internet and the “information age” and the furthest you’ve come is to move from powder in a packet to liquid in a squeeze bottle. Is this a joke? I was born in 1982. Imagine that in my unnervingly-close-to-30 years I’d only learned to count to 10 and spell my name (good thing it’s only four letters).

While I’m into the concept of making old things new again, I think it best applies to antique furniture. But then, perhaps Kraft suffers from the same flooding I’m experiencing in my bedroom and my inbox. When there’s so much information, so many opportunities and you have the kind of name recognition enjoyed by Santa Claus and Jesus Christ, I’d imagine it can be pretty paralyzing.

Which brands rule the energy drinks and shots market?
Nov 04, 2011