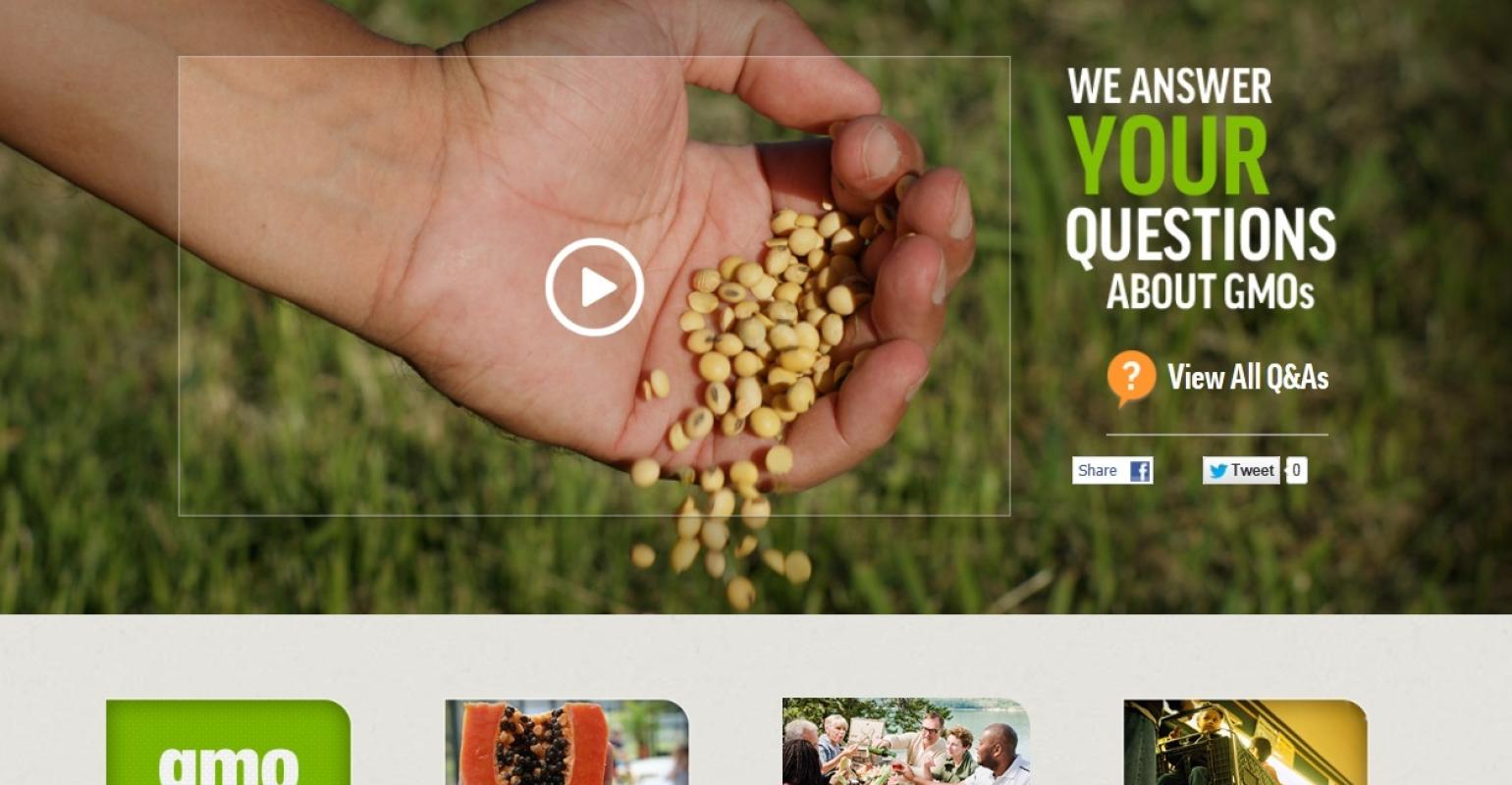 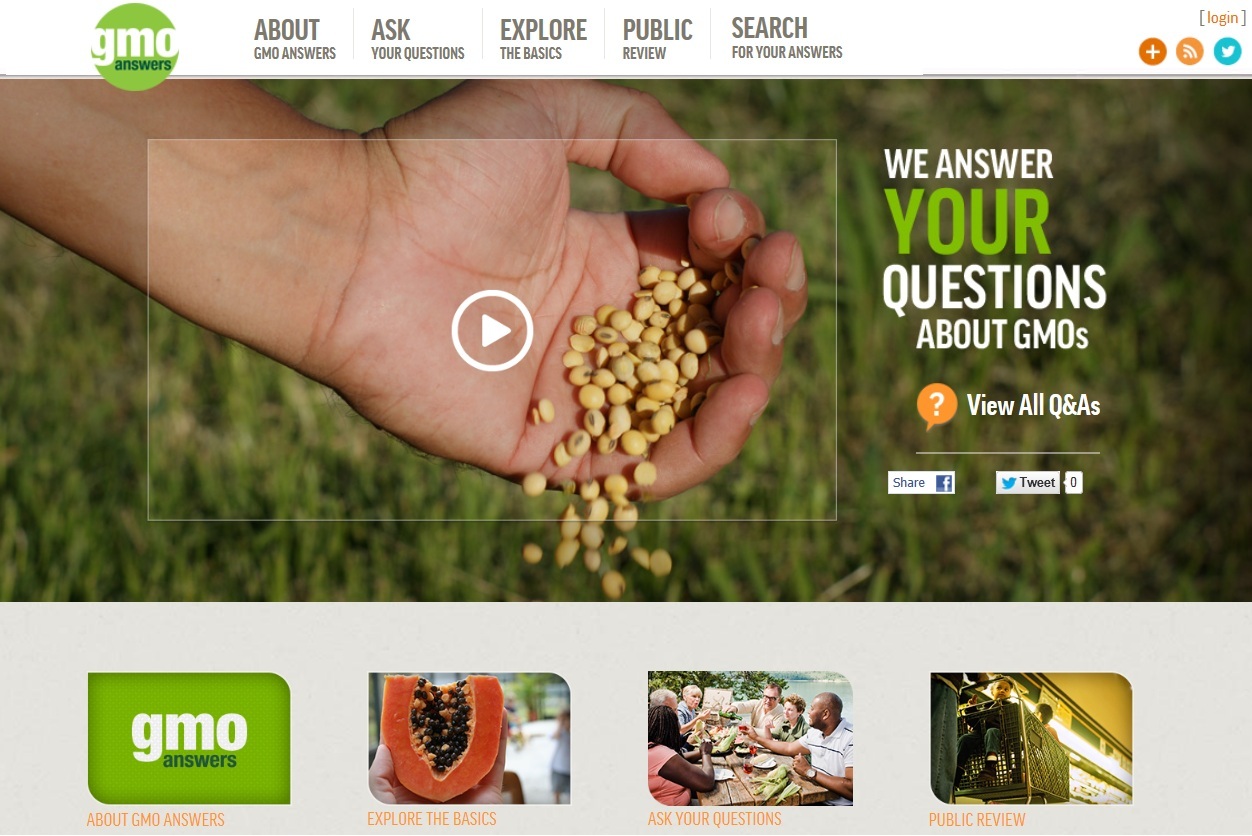 Plus, lawsuits between farmers and biotech companies abound, individual states (Connecticut, Maine) are passing labeling laws and enthusiasm for Washington’s pending I-522 initiative grows, thanks to advocacy groups like GMO Inside, Just Label It, and companies like Dr. Bronner’s, Stonyfield Yogurt and Sambazon, to name a few.

Thankfully, the Council for Biotechnology has answered our dire need for completely unbiased GMO information. Funded in part by companies including Monsanto Co., DuPont, BASF and Dow AgroSciences, new website GMOanswers.com is a resource where people can ask questions about GMOs, and have them answered by “scientists, members of academia, farmers and other independent experts who have volunteered their time and effort to improve communication on the subject of biotechnology,” according to a press release.

GMOanswers.com is sleek and clearly designed to be consumer-friendly. It’s emblazoned with bright green accents and an easy-to-navigate forum. Under a tab titled “Explore the Basics,” website visitors can learn the timeline of genetic modification in crops, which dates back 10,000 years ago, when “humans begin crop domestications using selective breeding.”

“We recognize we haven’t done the best job communicating about GMOs—what they are, how they are developed, food safety information—the science, data and processes,” said Cathleen Enright, executive director of the Council for Biotechnology Information, in a statement. “Food is personal, so we want to open the door for personal discussions.” What a novel idea.

Enright is correct. Biotech has been intentionally opaque with their practices and research since before GMOs were introduced to the marketplace in the 1990s. Indeed, non-GMO advocates have vied for increased transparency for years.

So why aren’t we rejoicing about GMOanswers.com? Isn’t this what we wanted? In a nutshell, no.

This website is a threat to the non-GMO movement for several reasons. Though the information on GMOanswers.com is technically correct, the syntax is off. For example, going back to the timeline, humans did begin crop domestication using selective breeding 10,000 years ago, but the graphic fails to mention that current GMO creation methods are vastly different.

Another example: Website users can explore how GMOs are made by watching a cute, “hand-drawn” video. Though I was impressed by how much detail the video went into about the science of GMOs, it uses Hawaiian papaya as an example GE food. In the 1990s, a virus nearly wiped out the papaya crop. Genetic modification allowed researchers to make papaya resistant to the scourge and is credited with saving Hawaii's $11 million papaya production industry. Fair enough.

But why didn’t the video focus on herbicide-resistant soybeans, which account for 93 percent of all soybeans grown in the U.S., and skyrocketing sales of glyphosate herbicides sold also by biotech companies?

GMOanswers.com is a nice try, and it’s better than operating under a veil of secrecy. But biotech companies are not in the education business; they’re in the seed and herbicide selling business. Browse with caution.