HomeNewsNew Hope takes a stand against GMOs in Boulder
Recent
Latest
EXPO VIDEO: How did a young sparkling water brand get licensing deals with Marvel and Disney?
May 16, 2022
Beyond Meat's product launches lower Q1 profits
May 16, 2022
Sponsored Content
Exploring the CBD gummy revolution – article
Moonshot Snacks at the forefront of eco-friendly food innovation
May 13, 2022
Trending
Debra Stark’s light shines bright on natural products industry
May 10, 2022
Monitor: Consumer research on collagen shows how much education is needed
May 12, 2022
Hemp CBD industry struggles so far in 2022
May 10, 2022
Natural beauty market trends
Jun 16, 2021

New Hope takes a stand against GMOs in Boulder 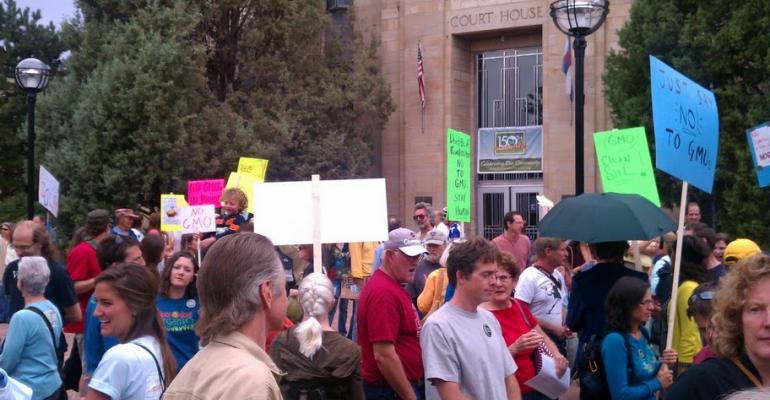 Last night was the final Boulder County Commissioners’ public hearing for the Cropland Policy Advisory Group (CPAG) overseeing the debate on allowing genetically-engineered crops on public land. Hundreds of people, myself included, showed up to speak their minds or show solidarity for others' arguments against GMOs. To give you an idea of how controversial this debate is: the meeting ran from 6 p.m. yesterday until 3:30 a.m. this morning. 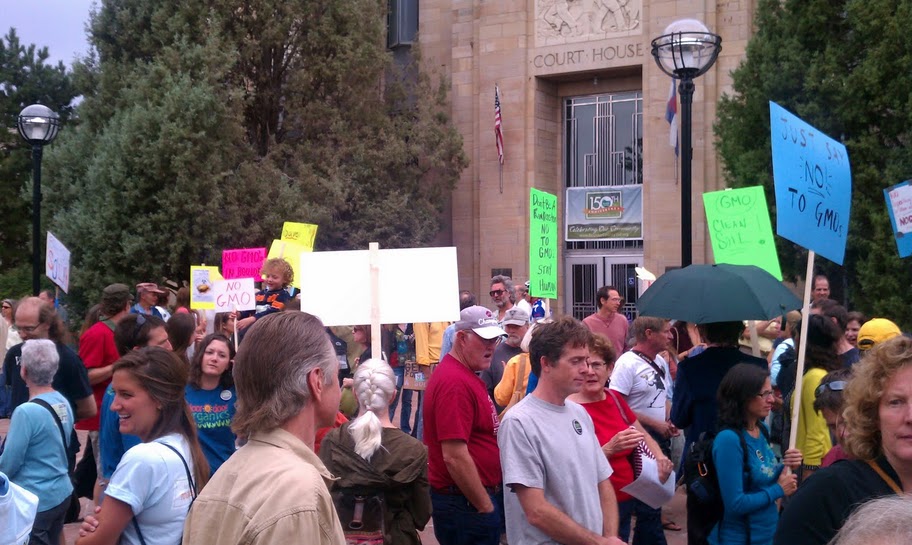 While CPAG has historically agreed on virtually all policies brought before the elected members, the issue of allowing GE crops on public land has yet to reach a consensus. Currently, the policy states that GE crops are permitted on public land by a process of allowance. However, a minority report aims to eliminate or disallow GMOs by 2012, with the goal of increasing organic acreage by 2025. Preserving this land from GMOs would create a refuge that bars against resistant weeds and superbugs. The noted potential impacts are identical to any other GE crops: gene flow issues, corporate influence and unknown human health or environmental impacts.

I attended the public hearing with hopes of representing New Hope Natural Media and all of our clients in the natural and organic industry. Many Boulder-based companies source locally for their certified organic product production, processing and retailing. The local networking group, Naturally Boulder, recently conducted a study revealing the annual statewide economic impact these companies generate: $2.4 billion. If their supply chain is interrupted by cross-contamination, they will have no choice but to source elsewhere or lose their organic certification and product integrity. That’s a lot of dollars leaving our local economy.

So to the Boulder County Commissioners, I would like to issue a series of questions you may not have considered when weighing the true cost of allowing GE crops on public lands:

There are many liability issues at stake, local dollars might funnel out of Colorado, and you can protect our organic farmers from total economic ruin. In fact, let's take a look at some of the numbers:

More than 90 percent of the Open Space crops end up in or never leave Boulder County. They are sold at the farmers’ markets, and local wheat is even shipped a couple miles down the road for ConAgra to mill into flour that is sold directly in local stores (example, King Arthur brand flour). Feed corn is driven to Mile High Dairy and the cows’ milk is driven nearby to Royal Crest Dairy for bottling and delivery. Sugarbeets are another  commodity that stay in the county to be processed for local sugar. In October, farmers grow and harvest barley for Coors Brewing Company in Golden, Colorado. The local food movement is alive and well in Boulder.

The CPAG recognized that there is a three-year transition period for farmers moving toward organic production and certification. With transition comes higher labor and costs. To assist in this endeavor, those growing on public land enjoy the benefits of rent reduction during the transition phase, infrastructure improvements and incentive programs. In 2012, there will be a grand total of 1,569 organic acres on public lands, nearly 10 percent of total Open Space cropland. The national average of organic acreage is just 0.7 percent. Boulder is certainly ahead of the curve in organic acreage, but for how long?

Organic and non-GMO is not a trend

During the meeting, the first three speakers were Colorado University Boulder science professors stating their position in favor of coexistence on public lands. One professor cited a local study on gene flow and drift among corn crops and stated that, if "managed properly, coexistence is both desirable and feasible." Another professor stated the anti-GMO movement is one of "anti-science" and merely a "trend in our country."

If anything, non-GMO is a late blooming trend that's coming to grips with a well-documented worldwide resistance to GMOs: The EU has strict standards on GMO labeling. Haitian farmers marched the streets and burned the GMO seed Monsanto donated in the wake of disaster. Over half a million Indian farmers have committed suicide with the chemical pesticides used to treat GMO crops overrun with resistant weeds and pests.

So what happens next?

The final decision is up to the commissioners, and no date has yet been set for a vote. My hope, and my company's hope, is that the commissioners recognize the overwhelming benefits of organic for not only our county and our industry, but ultimately our own health.

The GMO debate from Boulder to Washington
Nov 29, 2011