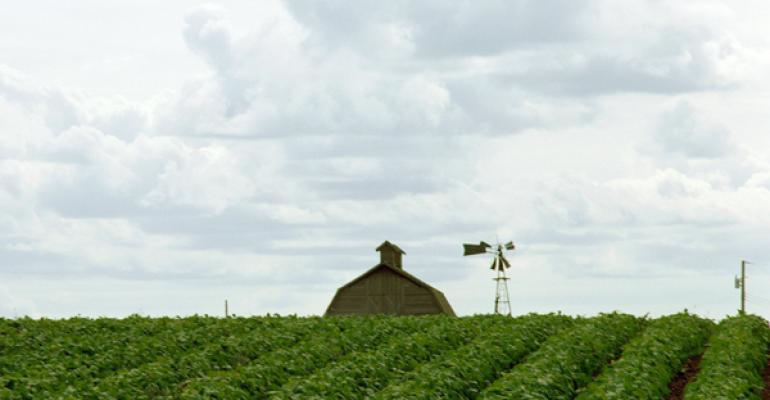 The Huffington Post ran an interesting article titled: "Health trends we don't want to see in 2013.”  No. 4 on the list was “Eschewing Organic.”

No doubt, organic took some serious hits in 2012.

Stanford University researchers lobbed a grenade this fall with a study claiming no nutritional differences between conventionally produced food and their organic counterparts. The New York Times piled on with an article entitled “Is Organic Worth the Expense?”

The Times, of course, stirred the pot a few months earlier with a front page article headlined, “Has Organic Been Oversized?”

In the countryside, Mischa Popoff, author of the 2011 book “Is it ORGANIC?” has emerged as a popular speaker on the rubber-chicken banquet circuit. Popoff, a former organic inspector in Canada, complains that organic regulations in the United States and Canada rely on recordkeeping rather than residue testing.

His main argument, however, centers on the thesis that organic is part of a hidden, socialist agenda targeting conventional agriculture and free markets.

The website promoting his book blames “hippies [for] controlling our food system,” and even links the organic movement as an outgrowth of the Students for a Democratic Society organizing in the 1970s.

The argument that organic agriculture is some type of socialist plot is certainly not new, but Popoff hones it to a fine point. It draws applause but doesn’t pass the test.

Corn growers cheering Poppof’s remarks have survived through the years in large part because of a series of farm programs ranging from loan deficiency payments to ethanol subsidies. Dairy farmers latching on to his anti-organic message may be in Washington, D.C., next month lobbying for a new farm bill that includes the Dairy Market Stabilization Program.

Entire wings of the sprawling U.S. Department of Agriculture offices in Washington, D.C., are dedicated to administering the roughly $5.7 billion in various commodity support programs.

Tucked away in the back corner of one hallway in the USDA South Building, the National Organic Program operates on a $10 million annual budget intended primarily to assure that any products carrying the USDA Organic seal comply with honest and accurate production and processing protocols.

Don’t get me wrong. I’m not opposed to many of the federal programs designed to buffer the volatility in food prices and production for farmers and consumers alike. But I get mighty irritated when folks receiving a good portion of their income from Uncle Sam attempt to claim the high ground in free-market economics.

Commercial organic agriculture was pioneered by dairy farmers who surrendered marketing quotas, tobacco growers who gave up allotments and grain farmers who ventured into new territory devoid of price supports and federal insurance coverage. Organic marketers risked a lot of capital through the years to connect with customers seeking an alternative to conventional food.

Organic farmers and marketers have their flaws. Being risk-adverse isn’t one of them. Let’s eschew on that in 2013.

Was Stanford's spin on organics tainted by biotech funding?
Sep 12, 2012