HomeNewsOrganic muckrakers: Quit picking on WhiteWave Foods
Recent
Latest
4 tips to get ahead of chemical concerns in packaging
May 20, 2022
7 CBD favorites in the increasingly popular gummies format
May 20, 2022
Mission MightyMe helps parents introduce allergens to babies
May 20, 2022
UNFI's Eric Dorne to step down as chief operating officer
May 20, 2022
Trending
Whole Foods' honors 30 companies with 10th annual Supplier Awards
May 18, 2022
Getting ready for 2023: Trends for brands to consider
May 17, 2022
Sponsored Content
The rise of sustainable business – eGuide
Sponsored Content
Natural beauty market trends
Jun 16, 2021 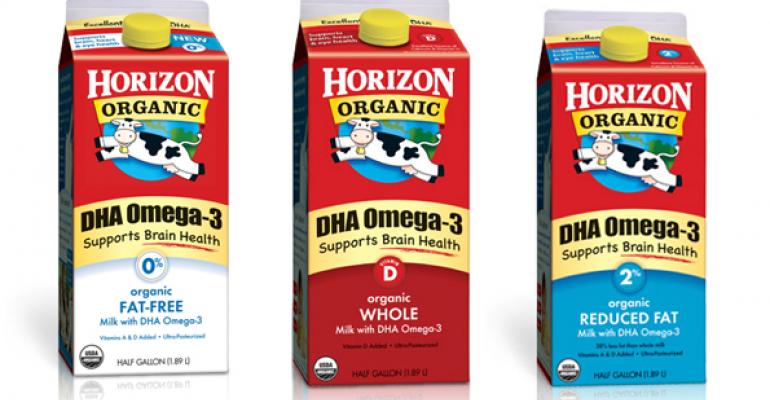 It's time to give WhiteWave Foods a break, already.

This is unlikely encouragement from yours truly. I’m a vegan and I'm dedicated to organic. As such, I am not a WhiteWave consumer. Their Horizon dairy brand is organic, but their non-dairy product line, Silk, is not. And Land O Lakes and International Delight have not seen the inside of my shopping cart since the late 1900s.

However, I stand in their defense even though they reside under the Dean Foods monolith. While attending EcoFarm Conference in Pacific Grove, Calif., I was somewhat bored with the relentless condemnation against WhiteWave and their well-documented poor judgment for switching Silk products to non-organic following their bemoaned acquisition by Dean Foods in 2002. The acquisition made Dean Foods the largest producer of soy milk in the country.

True, concentration in our food system inflicts economic wounds in urban and rural areas of the United States, but we have the loophole-laced Farm Bill to thank for that. While large industrial farms and processors are largely to blame for bacterial outbreaks in our food, devastating environmental impacts, and for crowding out small-scale producers, WhiteWave is making an effort minimize their carbon footprint while also offsetting energy use by purchasing carbon credits and “renewable energy certificates” through the Bonneville Environmental Foundation (BEF). I’ll be quite honest here. I have no idea how renewable energy credits work, nor how effective they are. But this prehistoric infographic on BEF’s website might supplement my lack of expertise.

To the point of crowding out small-scale dairy farmers, WhiteWave does own two dairy farms: one in Maryland and one in my home state of Idaho. However, less than 10 percent of Horizon Organic’s total milk supply comes from these two farms. The rest is purchased from more than 550 family famers across the nation, all of whom recently received a $2 pay increase per one hundred pounds of milk, an effort to offset the rising feed costs and market conditions. Here in Boulder, Colo., it is common knowledge that WhiteWave employees are well paid and that their employees’ consumer dollars contribute to our local economy.

Allow me to address concerns around safety from what is considered a large-scale dairy operation: Horizon is certified organic, which means their suppliers are not allowed to use growth hormones or rampantly distribute antibiotics to their cows. They don’t necessarily need to the way conventional dairies do, thanks to USDA’s final pasture rule in 2010.

During a session on the Farm Bill at last week’s EcoFarm Conference, the very knowledgeable Kristen Lynch from Food & Water Watch blamed current farm and market condition on “30 years of bad food policy.” True enough, our food system is designed to benefit giant food corporations and unchecked mergers.  “Our food system is an illusion of choice,” said Lynch, flashing a slide with an image of Horizon Organic milk carton. Our food system is comprised of a handful of large corporations that manufacture many different products/brands, she said.

But without the large-scale distribution of Horizon Organic, whole communities would have to live without organic dairy. The problem is not that WhiteWave is driving out business in areas where organic thrives. To the contrary, and to prove Lynch’s point, it is our bad food policy that does not create a manageable or sustainable environment for organic producers to thrive.

WhiteWave is filling a gap, using a distribution channel for which small-scale producers cannot possibly meet demand. And this is not WhiteWave’s fault. Even if a small dairy farm could produce enough milk to feed these channels, there are not enough processing facilities within a reasonable radius to stay in business.

This is true for all types of food manufacturers. The owners of Fogline Farm, a small hillside farm in Soquel, Calif., can grow and graze their pigs onsite, but twice a week they must load up their inventory and drive five hours roundtrip to Modesto to the closest processing facility. They can butcher their chickens onsite, but the chicken feed comes from elsewhere because no farm nearby produces feed.

The current farm bill does not allow small business to prosper. Instead, large mergers and acquisitions are encouraged and even rewarded. WhiteWave’s biggest naysayers condemn the company for getting big, while cheering small companies to expand and put more land and animals into organic production.

Consumers in rural communities would not have access to many organic products if not for scalable businesses. This winter I visited my small hometown of McCall, Idaho, where I was relieved to find Lundberg Rice, Justin's Nut Butter, Stonyfield yogurt, and yes, Horizon and Silk on the shelves of McCall’s two tiny natural foods markets. Ten years ago, McCall vegans and vegetarians had to drive at least 100 miles in any direction to obtain necessary products for their healthy diets. And let’s face it, residents in central Idaho and other rural communities are not likely to learn almond ranching, let alone processing to make their own non-dairy milk.

My point is that this issue is not so black and white.

Many of the companies we tend to demonize do in fact provide access to organic, which means more health for more people, and if they make a profit in doing so I will not begrudge them making use of our economic system. I will, however, protest the asinine food and farm policy that every political administration in my lifetime has endorsed to the detriment of our society. If the strongest opponents to large-scale food production wish to steer policies in a new direction, we can:

What do you think about large-scale organic food companies? Leave a comment below.