Pixie-dusting products is a crime. Are you guilty? 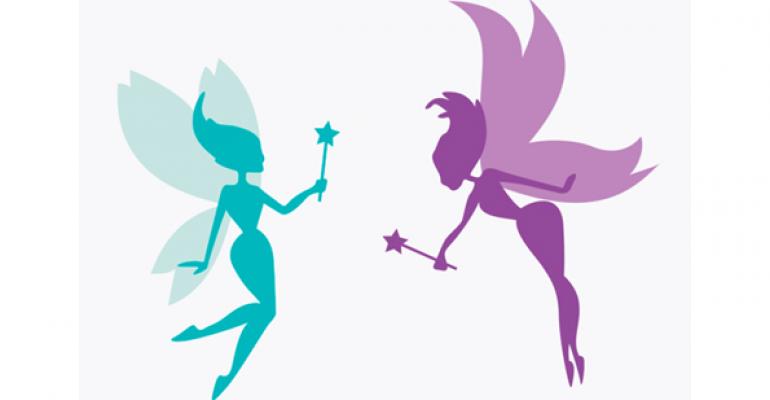 I love Tinkerbell as much as any 6-year-old. She sprinkles a little pixie dust around and – hey, presto – I can fly!

Unfortunately, “pixie-dusting” occurs all too often in the wellness category. Only here, companies put just enough of a hip/trendy/popular ingredient into their product so they can announce its presence on the label. Just watch those products fly off the shelves – just like in Neverland!

Pixie dusting may be a great short-term sales strategy, but it doesn’t do consumers any good – and it certainly is no way to long-term consumer acceptance. That’s because it doesn’t work.

I’ve seen energy pills that scream out “Now with CoQ10” and then I look on the back panel and see all of 5 mg, when a more appropriate dose is 100 mg for maintenance and 300 mg for a therapeutic dose.

For a while there, Stonyfield Farms’ drinkable smoothies came with an attention-grabbing starburst announcing that the inclusion of the prebiotic ingredient inulin that “boosts calcium absorption!*” Uh-oh – the asterisk! Read the fine print and it said, “Studies show 8 grams of inulin boosts calcium absorption. This container contains 2 grams.” So you’d have to drink four bottles a day to get the effect. Come ON, Stonyfield! Apparently, they  noticed as well because I don’t see that product on store shelves anymore.

I have conversations all the time with ingredient suppliers, asking them if they require manufacturers that source their ingredients to put in a dose that matches up with what the scientific literature says. Answer: sometimes, yes. Sometimes, they just give them the powder and let the manufacturer do with it what they may.

It really shouldn’t be that way. There’s always a back-and-forth between marketing and research, and that’s fine. But I’d rather place a bet on the science than the flash.

At the Nutracon conference this month in Anaheim, a number of sessions take a look at this game between efficacious dosage levels and pixie dust. Go to www.nutraconference.com and check out the program.

I think you’ll be impressed with the wide-ranging slate of speakers, many of whom will urge attendees to explore innovation, not invention.

The highest-profile case of invention belongs to multinational Dannon, maker of the Jamie Lee Curtis-approved, probiotic-containing Activia brand. It rakes in half a billion dollars in America alone, and word has it more than $3 billion worldwide.

About a year ago, the Federal Trade Commission dinged Dannon for $21 million in fines for deceptively informing consumers that one tiny cup of Activia will make you feel like Jamie Lee. Problem was, with the amount of probiotics in Activia, it would actually take not one, not two, but three cups per day to get your Jamie Lee on.

Dannon paid the fine. And then no doubt had an internal battle between marketing and research. I have spoken with a number of probiotics suppliers, all of whom told me that adding in triple the dose would have no effect on taste or mouthfeel of the yogurt. And even if the efficacious dose of probiotics added an extra 8 cents per package, Activia still sells for 40% more than Yoplait and about the same as Stonyfield’s organic brand. I had my money on Dannon adding in more probiotics. After all, eating one cup of yogurt a day is eminently doable. But three cups a day? Fat chance.

My question was finally answered in the last couple weeks when Jamie Lee took back to the airwaves, all fit and aglow and snarfing her Activia. And there it was, the language that stripped the glow clean off Activia. The fast-talking fine print in the TV commercial was thus: “When taken three times a day.” Come ON!

When you read the label on Activia, you’ll see the probiotic strain is called Bifidus Regularis. That’s a fiction. There is no probiotic strained known to the scientific or medical community named as such. Its real name is Bifidobacterium lactis DN-173 010. It’s just that “Regularis” sounds like the kind of thing that might make you “regular” in the parlance of digestion and peristalsis.

Sigh … it looks like the name of Activia’s probiotic strain is not the only thing that’s a fiction.