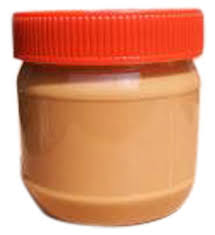 Do you trust the FDA? After the most recent outbreak of salmonella involving peanut butter, foodborne-illness lawyer Fred Pritzker has rightly criticized the FDA in a report from NutraIngredients.

More resources must be devoted to federal food safety, both in terms of contamination prevention and in detection time: “The current system is undermined by too much fragmentation of responsibility and not enough coordination between federal, state and local agencies.”

In more promising food-safety news, researchers from Oregon State University claimed in late 2008 to have found a way to detect illness-causing pathogens in foods using pigment-changing cells from Siamese fighting fish. And new nanotechnology using microscopic "biosensors" developed by scientists at the U.S. Department of Agriculture shows potential in detecting salmonella as well. According to the Natural Foods Merchandiser:

Bosson Park, lead researcher with the USDA's Agricultural Research Service, said the miniscule biosensors include fluorescent dye particles attached to salmonella antibodies, so when the antibodies latch onto salmonella bacteria, the dye lights up, making the bacteria easier to see.