HomeIngredientsSauteed dandelion greens
Recent
Latest
4 tips to get ahead of chemical concerns in packaging
May 20, 2022
7 CBD favorites in the increasingly popular gummies format
May 20, 2022
Mission MightyMe helps parents introduce allergens to babies
May 20, 2022
UNFI's Eric Dorne to step down as chief operating officer
May 20, 2022
Trending
Whole Foods' honors 30 companies with 10th annual Supplier Awards
May 18, 2022
Getting ready for 2023: Trends for brands to consider
May 17, 2022
Sponsored Content
The rise of sustainable business – eGuide
Sponsored Content
Natural beauty market trends
Jun 16, 2021 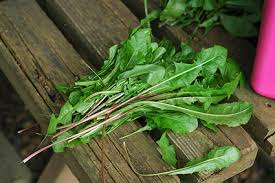 Who wants to eat a bitter lawn interloper? Before yesterday I would have said, "Not me!" but some adventurous spirit (or desperation?) overtook me in the produce aisle. The dark-green, vibrant dandelion leaves were right there between the spinach and the arugula. (I have a strong weakness for arugula, so it would have been pretty easy to skip right over.) Maybe it was how fresh and crisp they looked. Or maybe it was my body's way of saying, "Hey, you need these nutrients!" Dandelion greens are chock full of vitamins A and K, as well as vitamin C and calcium. Whatever the impetus, I walked out of the store with the spiky, shiny green shoots sticking out the top of my bag. I hadn't even considered how to eat them.

I have to admit, I had second thoughts when it came to preparing and serving them. I like kale, chard, mustard greens, and beet greens, but ... dandelions make them seem like butter lettuce when it comes to bitterness. I figured it was all in tactfully disguising the flavor and balancing with a few other tastes: pungent (garlic), sour and slightly sweet (umeboshi plum vinegar), and savory (salt). After rinsing the leaves and taking off as much of the purplish stems as possible, I heated 1 1/2 tablespoons olive oil in a cast-iron skillet, added 1 tablespoon fresh minced garlic once the oil was hot, reduced the heat to medium and sauteed the greens until nicely wilted. About halfway through wilting the greens, I added a bit of umeboshi plum vinegar and just a small dash of salt. If you're unfamiliar with umeboshi plum vinegar, it comes with a good deal of sodium, so don't add too much salt. If you substitute another vinegar, such as red wine or apple cider, it might require more.

The result was quite tasty. I served them alongside whole baked sweet potatoes accompanied by an aged gouda. It made a beautiful spring meal. And I felt light and energized this morning.

Tried dandelion greens? Have recipes or tips? Share them by commenting below, or check out these recipes from our archives. Let us know what you think.