Save your planet, shrink your plate 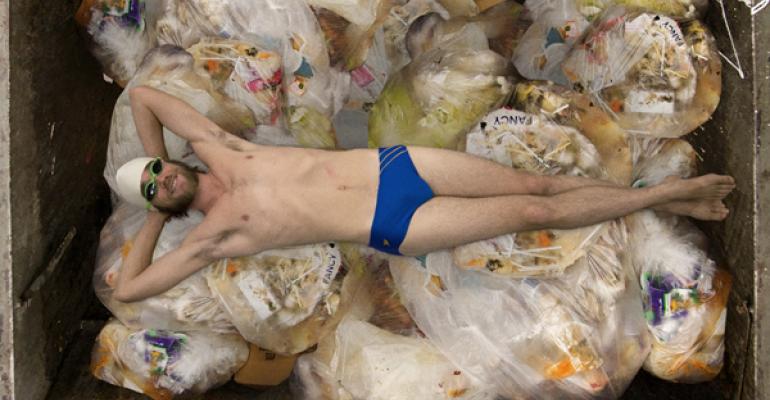 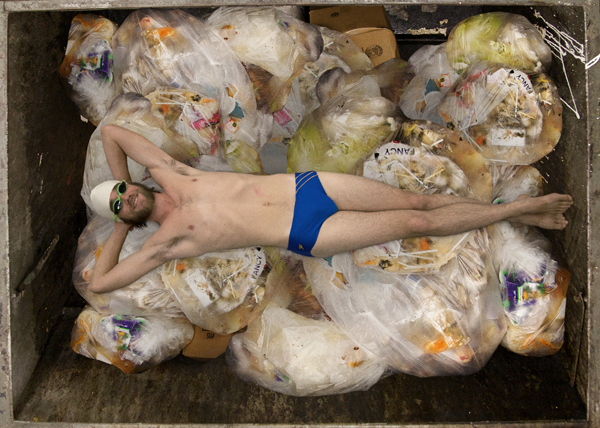 Next time you go food shopping, save yourself the aggravation of hauling all those bags full of groceries home. Instead, take $40 of the $100 you plan to spend, and throw it in the trash—or nearest compost pile. If you’re like most Americans, as much as 40 percent of the food you buy never gets eaten. That’s an estimated $165 billion per year in wasted food according to a 2012 study by the Natural Resource Council of America.

All that wasted food also represents one quarter of all freshwater consumed in the U.S. annually—water used to grow and process food we toss away. Food waste also causes 23 percent of methane emissions, a potent greenhouse gas. In Europe alone, producing, shipping, storing and cooking food that ultimately gets tossed pumps as much carbon into the atmosphere as 36 coal-fired power plants.

These disheartening numbers are consistent whether dining at home or in restaurants—just think of all the doggy bags you throw out! Operators of buffet-style restaurants know this too well. They see it when clearing the half-eaten plates of food patrons leave behind.

"Our eyes are bigger than our stomachs," says Steffen Kallbekken, co-author of a new study for the Center for International Climate and Environmental Research in Oslo. Kallbekken and cohort Håkon Saelen are helping restaurants cut food waste by nearly a quarter. Their simple solution will work in eateries and at home: They cut the diameter of buffet plates by three centimeters.

"If you place meals of exactly the same size on one large and one small plate, the meal on the large plate simply looks skimpier," said Kallbekken. "Even trained nutritionists are unable to serve correct portion sizes when plate sizes differ."

Buffet guests using smaller plates still have the freedom to eat as much as they like, the researchers found, but they waste less—helping to reduce financial waste, resource waste and environmental impact, not to mention indigestion.

For parents with young children here’s another simple strategy: Stop loading the kids’ plates with food they can’t finish. Remember, most people’s stomachs are about the size of their fists. Put smaller portions on a child’s plate and you’ll avoid throwing away food that won’t even fit in tiny bellies.

Here’s another benefit of serving less food: You can afford to eat better. Many consumers shy away from organic meats and produce because they’re often more expensive. But why not eat a delicious 8-ounce grass-fed steak instead of a 12-ounce factory-farm cut—an eating habit that’s bound to help with our nation’s obesity problem, too.

With your buy-less strategy, you can eat better while saving money. Plus you’ll be helping the environment by purchasing locally raised food instead of food grown across the continent or around the world. You’ll reduce the environmental harm caused by chemical fertilizers and pest control in industrial-scale agriculture, and the fossil fuel needed to truck in food from afar.

It’s nice to know that some of the greenest personal actions come about by simply conserving another kind of green—those dollar bills that we’re now tossing into the waste stream. No matter where you shop or what you eat, you can live greener by saving greenbacks.

Check out a fun video of Kallbekken and Saelen’s research.