Starbucks opts for tomatoes over red dye from bugs 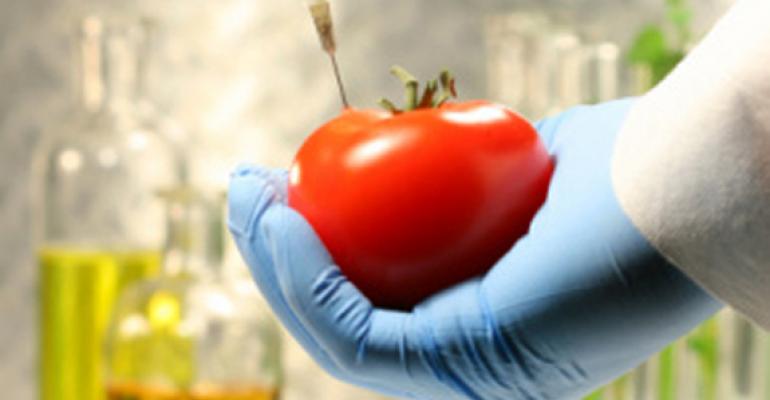 “Bug juice” was a derisive term from my youth. It’s what we used to call all of the suspiciously-colored, aggressively flavored sugar water beverages aimed at kids that were on the market back in the '60s.  (They may still be on the market; I never gave that stuff to my own children so I’ve been out of the loop for a long time.)

Turns out, for a limited time you can buy actual bug juice in a Starbucks. The chain announced plans to move away from a common red dye made from the crushed bodies of insects to vegan-friendly lycopene, an extract from cooked tomatoes that, besides some nice health benefits, imparts a red color. The reformulated drinks are set to be in stores in June.

About the bug juice

The bug juice dye, commonly called carmine or cochineal, has been in use for centuries. It originated with the Mayans and Aztecs and was adopted by the Spaniards after the conquest. The dye uses carminic acid, which is derived from a species of scale insect that feeds on the broad leaves of a cactus that resembles a prickly pear. Farms of these cacti have been devoted to dye production in Mexico where the cactus is native and in the Canary Islands where it was introduced. The bugs are encouraged to infest the cacti and then are harvested by hand when they are the right age, to be dried and rendered for the acid.

The dye (at first used mostly to dye cloth) was popular because of its durable, brilliant red color, and it coincidentally gets around many of the problems that plague formulators of natural colors for foods and beverages. An article in the May issue of Functional Ingredients lays out some of these. Of the natural colors available, most fall in the anthocyanin chemical family, which tends to be sensitive to heat. Have you ever cooked up a bunch of nice, bright red cabbage and watched it turn blue-gray?  You get the picture. And they tend to have fairly narrow pH ranges; formulations that are either too acidic or too caustic cause problems.

These likely aren’t issues with the formulations in which Starbucks was using red food coloring, so the performance and stability of the lycopene as a dye probably is not a limiting factor. After all, the drink is history within minutes of the barista setting it up on the counter.

There is no word on how much more the lycopene might cost. The cost differential probably isn’t much of an issue for the coffee chain, which already charges a premium. But higher costs can be a big consideration for a food or beverage manufacturer that might go through thousands of gallons of food coloring in a year. For functional ingredients like omega-3s, vitamins, etc. the rule of thumb is three, maybe four cents per serving. More than that, and consumers will balk at the higher overall price.  For excipients like colors or emulsifiers the cost has to be less than a penny.

Starbucks reportedly made the move after getting pushback from consumers who wanted all-vegan drinks. I understand the philosophical commitment that veganism implies, having been a vegetarian (but not a vegan) for a number of years myself.  I don’t have a stand on insect dye one way or the other, but it is interesting that the needs of one small slice of Starbucks’ clientele drive the choice for all.  While the cochineal extract dye clearly does not fit a vegan claim, some vegetarians who also eat cheese and honey and wear silk might view it with a less jaundiced eye.

When we are dealing with label claims like “organic” or “natural” the issue becomes a little murky when you delve down into the realm of additives like colors. There is a list of approved, non-organic additives that an “organic” food can include, the thinking being that if there are no organic alternatives for some necessary additives, does the 1 percent or so of non-organic additives negate the 99 percent of organic content? For a committed vegan, though, it can be an all-or-nothing deal.

But like I said in the beginning, I’m no bug juice advocate. And in any case, I prefer my Starbucks drinks dyed the old-fashioned way, with coffee beans.

How big an issue do you think natural colors are?  Follow the discussion on our Engredea/Functional Ingredients Linkedin group.