Have you heard about a psychological concept known as "the licensing effect?" According to an article in Business Week, this concept is basically "the idea that doing something that feels virtuous …makes us feel unconsciously entitled to do something self-indulgent… which can then make us feel that we need to do something virtuous again." Sounds like a reasonable theory to me. 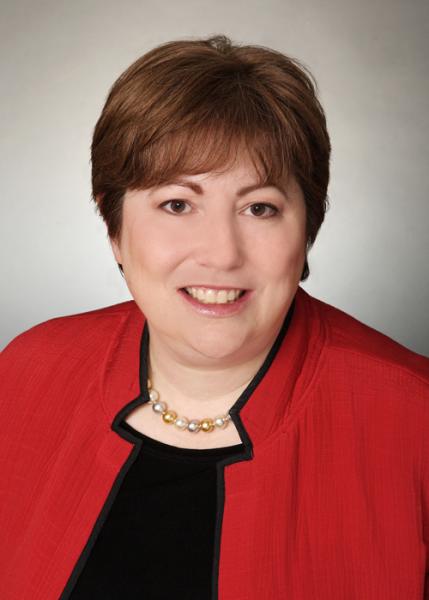 When I was in my twenties, I took a Monday night jazzercise class with a friend, and immediately afterwards we'd go out for chicken wings and beer – well, why not, we'd exercised – only to end the night feeling like I probably needed to exercise again (or at least swear off beer for a few weeks). Kind of a vicious cycle, the type that comes with an attached guilt I thought came from my specific cultural upbringing. But as it turns out, there's an actual name to this theory.

The "licensing effect" has been tested in consumer behaviors in retail purchasing situations – for example the notion that, buying a gift for someone else (a virtuous behavior) subconsciously entitles you to engage in a self-indulgent behavior (rewarding yourself with a gift) – and, I would assume it's been tested in healthy choice behavior situations. For example, eating an apple and then feeling entitled to eat apple pie a la mode. (Quite frankly, I can't confirm whether it's been tested in the latter situation because given that I took the time to find an actual first example, I'm giving myself permission not to spend more time checking facts.)

Because we know that research, including from the government, has shown a correlation between dietary supplement use and other healthy behaviors – in fact, CRN's own independent market research shows supplement users are more likely than non-supplement users to try to eat a balanced diet, to exercise regularly and to visit their doctor regularly – wouldn't it be interesting to test this licensing theory out on say, supplement users?

Guess what. Someone did. Sort of.

The licensing effect and supplement users

Researchers from Taiwan will soon have their study published in Psychological Science, a peer-reviewed journal of the Association for Psychological Science. The study's not published yet, but the press release has come and gone. Dr. Duffy MacKay and I had a nice conversation with an executive at the APS, and the association is more than happy to share the study before it is published.  Go ahead and contact them. Because you're going to want to read this study.

With headlines like "Vitamin Poppers May Make Less Healthful Choices" and "Dietary Supplements Fuel Bad Health Habits" blaring from the Scientific American website and My Health News Daily content provider, respectively, we were anxious to see the results of this new study.

Now I'm not a scientist, but fortunately, I work with some awfully good ones. Like Dr. Annette Dickinson and Dr. Duffy MacKay and Steve Mister, who's not actually a scientist, but an attorney, and between the three of them you've got reasoned, logical thinking seeping through their pores like oil oozing out through the cheese on a slice of New York pizza. And they poked holes in this study as large as the Grand Canyon.

Where the study falls short

First of all, this "study." It's not even a study of supplements users, which you would think would be important if you want to make conclusions about supplement users. The study claims to deal with the "illusory invulnerability" created by taking dietary supplements. But it doesn't  investigate the habits and actions of individuals who actually take supplements. In addition, in the study no one actually took a dietary supplement. Those who answered in the questionnaire that they took dietary supplements were asked not to take them. Then one group was told to take a multivitamin and the other was told to take a placebo. As it turns out, both groups were given placebos. Holy "licensing effect" Batman. Talk about a license to report your results. No one was actually taking supplements. That's right. Because it's a psychological study.

So then they asked these people, who were between the ages of 18-46, some questions to test their sense of invulnerability after being told to take a multivitamin. The study concluded that "an illusory sense of invulnerability may mediate the connection between dietary supplement use and poor judgment about health-related behaviors (i.e., hedonic activities [i.e., casual sex, sunbathing, wild parties, excessive drinking, etc.], buffet-type meals, exercise.)."  Stop right there. Hedonic activities? Yes, I can see our highly educated, female baby boomer customers – who are our core supplements users, as opposed to, say, a college student who likely feels invulnerable about everything anyway – popping her multi, then running out for some casual sex or wild partying.

Don't these researchers deal with attitudes versus behaviors? Don't they know there's a difference? That if you're part of a study, and you're asked if you'd like to have casual sex, that doesn't necessarily mean you're going to actually have casual sex. Regardless of whether you've taken a multivitamin.

Draw your own conclusion

We've corresponded with the researcher, and he's graciously responded and is eager for the dietary supplement community to embrace this research, which we might be more willing to do if before the study is published, he revises it to include the study limitations and potential flaws, and acknowledges that other research demonstrates supplement users do engage in healthy habits.

Let's lose some expectations here. Dietary supplements are not intended to cure cancer, or create world peace. They are supplements to a healthy diet and one piece of the wellness puzzle. Let's get some research that studies the habits and practices of healthy people, rather than trying to parse out individual behaviors.

To get a copy of the study, contact Divya Menon at the Association for Psychological Science at 202.293.9300, [email protected]. Read it for yourself and let us know what you think. There's more to say, but I'm going to stop here, because I've just taken my fish oil supplements and I've got a hankering to hop on a motorcycle – without a helmet, of course.

(The CRN Blog represents the view of the author and does not necessarily reflect the view of CRN's Board of Directors or serve as an official position of the association.)