Supplements and Functional Foods Caught Between "Snake Oil" and Drugs

Both here and in Europe, dietary supplements and functional foods and beverages are feeling the health-claims heat. While the European Food Safety Authority continues its stringent evaluation of food and supplement health claims (rejecting the vast majority of claims it reviews), the Institute of Medicine (IOM) in the United States is calling for the U.S. Food and Drug Administration (FDA) to begin applying the same health-claims assessment methods for foods and supplements as it does for pharmaceutical drugs. In an IOM report released May 12, an IOM committee concluded “that there is neither rationale nor scientific grounds for basing regulatory decisions on different levels of scientific evidence for different substances—science is science.” The report also noted that Congress “may need to strengthen FDA authority to accomplish this goal.” Not surprisingly, the report triggered an onslaught of news stories, many of them highly critical of dietary supplements and functional foods and beverages. In its June 7, 2010, issue, Forbes Magazine takes on the $37 billion U.S. functional food and beverage industry in a story titled “Snake Oil in Your Snacks.” The piece argues that food and ingredient companies are getting rich by trying to pass their products off as pharmaceutical-like drugs without backing the health claims made for those products with pharmaceutical-grade research. To support this argument, the article analyzes the studies linked to a handful of functional products, including Lifeway’s ProBugs kefir beverage for kids, POM Wonderful’s pomegranate juice and Danone’s DanActive yogurt.

“[Most of the claims] are completely unsubstantiated,” Steven Nissen, head of cardiology at the Cleveland Clinic, told Forbes. “Medical attention does not come from a Cheerios box.” 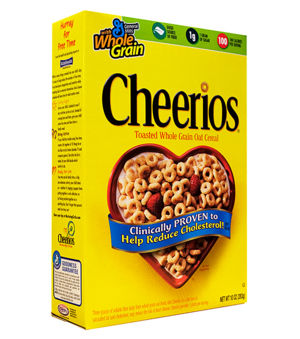 My biggest issue with both the IOM report and articles like the Forbes “snake oil” piece is that dietary supplements and functional foods and beverages are NOT drugs and consumers typically use these products to support their health over the long haul. A person isn't likely to replace his cholesterol-lowering medications with Cheerios but might choose this cereal over another for its heart-healthy soluble fiber content. Similarly, I don't give my sons ProBugs thinking that the fun kefir drinks will strengthen their immune systems so much that we no longer need to worry about eating fresh fruits and vegetables or regularly washing our hands. I do, however, appreciate that ProBugs are organic, contain no artificial colors or flavors, and are rich in calcium, vitamin D and, yes, probiotics.

As Stephen Daniells, the science editor for NutraIngredients, eloquently argued in an editorial published last week, “The regulation of food and drugs may come under the auspice of one agency in the U.S.—FDA—but foods and drugs are different. Just because Hippocrates said food should be our medicine, doesn’t mean we should regulate them as the same thing.”

That said, the dietary supplement and functional food and beverage industries have been home to companies that borrow science, use less-than-efficacious amounts of functional ingredients and/or make outrageous, unsubstantiated claims for their products. These are the companies drawing the ire of practitioners, lawmakers, regulators and the media and bringing about the very real possibility of tougher regulations for both the supplement and functional product industries.

Furthermore, even though supplements and functional foods are not drugs, companies would be wise to take a conservative approach to their product claims and invest in quality research to support the claims they choose to make for their products. This is already the reality in Europe, but the tougher stance on claims substantiation is obviously crossing over the pond to the United States. In the end, raising the level of scientific investment in both the supplement and functional industries will benefit responsible companies and consumers alike.

Nutrition Business Journal's 2010 Healthy Foods Report, which publishes later this month, provides an in-depth look at the U.S. functional food market. NBJ subscribers receive a 10% discount when they use the code nbjsub10 to purchase this report.