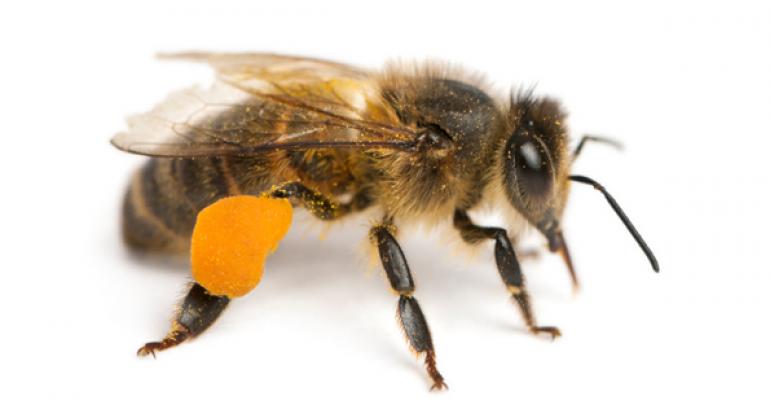 This much we know, right?

That’s right, the Tea Party thinks you—and everything you stand for and think smart and wise—lies somewhere between irrelevant and a hoax.

This issue was raised when a new study came out this past week suggesting that the massive die-off of bee colonies across North America and Europe is being caused by pesticide use. Bees, in case you missed it, play a foundational role in human existence by pollinating plants; without bees, we would have no food to eat. Rachel Carson, author of the book Silent Spring that helped launch the modern environmental movement, is shaking her head, mumbling, “Told you so.”

The reason the Tea Party is so nonchalant about the bee colony collapse is the same reason they cry “Hoax!” when talk about global warming comes up. As one flyover-country Tea Party leader cynically told me, “I don't know if the bee population is going down, or if it is what the reason is, but I know that the solution is global government.”

And that’s all you need to know about why science has become a partisan issue in the last decade—because the solution to global warming, and potential bee colony collapse, is the same solution that solved acid rain and the hole in the ozone layer—that is, a coordinated worldwide effort to phase out the offending industrial pollutant. But even though this is a proven winner in solving problems, if you have any large-scale effort, be it national regulations to cut sulfur dioxide emissions from coal-burning power plants that resurrect dead lakes or global regulations to curb carbon dioxide emissions that keep the foundational climate upon which human civilization was built, this means you are pulling decision-making away from the rugged individual and to the “global government.”

So even if (read: when) this study can be replicated and fingers the pesticide industry and its use in particular of today’s modern pesticides, what are we supposed to do but ban their use worldwide? But since that will require collective action—antithetical to corporatist-sucking so-called conservatives (I say so-called because they clearly are not interested in conserving anything)—the response will be that the bees are not really dying, and if they are, it has nothing to do with human industrial activity. Rinse. Repeat.

The New York Times ran a story this week, before the honeybee issue even came up. The story detailed initiatives the Tea Party has thwarted across the country, including to install smart meters in homes to help consumers save money by cutting energy use: “This data will be used against you!” said a Tea Partier; to preserving open space lands: “a government lock-up!”

Farmers tend to be can-do, fix-it kind of guys. My uncle had an old red tractor that had to be older than dirt, but the thing never stopped working, no doubt because of endless tinkering to its moving parts. Kind of like an old hippie friend of mine who owned a red VW microbus, which meant he ipso facto was also a master mechanic. So I guess I shouldn’t have been too surprised (though I was, indeed, shocked) to hear this Tea Partier solution to the honeybee problem. First, he quoted Einstein, who said that if honeybees were to go away, because of their vital value in pollinating flowers and hence foods, humanity itself would last only three more years. And then he said this:

“If this is becoming an issue, or may become an issue, for food crops we better also look into pollen-spreading machines and sprayers. The boys at John Deere would be up to the task. Then artificial pollen growing and harvesting. We have a lot of solutions, I just don't know if we have a problem.”

I told him he is officially banned from ever visiting Boulder again.

Because this town—and, disclaimer, this company, New Hope Natural Media—is on the vanguard of opposition of GMOs, or genetically modified organisms, and for organic agriculture, not using chemical, synthetic herbicides and pesticides. That’s in part because GMOs are developed by chemical or biotech companies that are sold to the public as “feeding the world with more nutritious food” but which actually have nothing to do with nutrition or feeding the world. What they’re really about is private corporations controlling the food supply.

This is actually what ought to be bringing the Tea Party and Occupy movements together, because they both are protest movements railing against loss of freedoms, but the Tea Party blames government while Occupy blames corporations.

GMOs and pollen-spreading machines would mean that things that once were free and natural, like seeds and backyard fruits, are now a patent-protected product. So in the case of honeybee colony collapses, when it’s concluded that pesticides are having another bad unintended consequence, in this case killing off bees, the Tea Party solution is to just move on and get another private corporation to sell the public pollen-spreading machines so that if you want fruit from that peach tree in your back yard, you can’t get it for free anymore but have to pay a corporation for what was once free and natural. Which is fine with you, you say, until, of course, it’s realized that what was once free would now force people all over the world to pay for it because we’ve screwed the pooch with our previous experimentation with irresponsible industrial practices.

It gets back to the law of unintended consequences, especially when they are concerned with efforts to try to improve upon the natural way of the world, which itself usually happens because someone thinks up some money-making scheme that may be valuable for them, but isn’t usually beneficial for either end consumers or, indeed, the natural world.

It’s why conscientious consumers flock to the concept of sustainability—which, apparently, is a Tea Party bugaboo, probably because Obama mentions it from time to time—because it’s all about thinking beyond your own quarterly report and to generations to come as well as things other than humans. When I hear so-called conservatives talk about a “wilderness lock-up” it shows me that they completely misunderstand the concept of wilderness, which is all about giving precedence to the natural, non-human world. Which is to say, it is exactly Not. About. You. And they just can’t wrap their minds around that concept. Letting go of the ego is tricky business.

Is the Tea Party bat-guano crazy? Or are they the last remaining patriots in America? Leave a comment.