Is there a natural spider repellent? 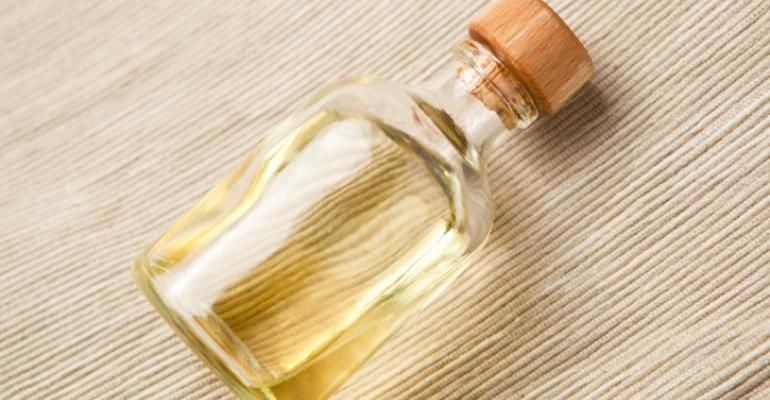 Ugh, I think I have a spider problem.

After moving into a basement apartment several weeks ago, I continuously find creepy-crawly, oh-so-scary spiders frequently in my bathroom and hallway. Thankfully they haven’t migrated to my bedroom (bleh, I shudder at the thought). After a particularly spooky night in which I found three spiders in my living quarters, I wondered, is there a natural spider repellent?

The last thing I want to use is a bug bomb, which specifically reads “Hazardous to humans and domestic animals” on the package. Bug bombs, also called foggers, often contain chemicals like pyrethroid and pyrethrin, which can cause nausea, headache, respiratory issues, and vomiting in humans. The CDC reported that after being overly exposed to bug bomb fumes, some individuals experienced shortness of breath, leg cramps, burning eyes, and dizziness—symptoms almost as freaky as the spiders themselves. I certainly wouldn’t feel comfortable using a fogger around kids or pets, let alone myself.

But a quick bit of Google sleuthing revealed there are myriad different remedies to keep arachnids at bay, although I question their effectiveness. One site recommended to boil loose tobacco in water, strain, combine the resulting liquid with lemon juice, and spritz around areas you want to keep spider-free (basically everywhere). Other tips include combining essential oils like tea tree, citronella, and eucalyptus with diluted liquid dish soap, and spraying this around your home. I’d much rather have the scents of essential oils in my home than tobacco, or worse, pyrethroid.

But as for a bottled, ready-to-use natural spider repellent? So far I’ve only found one company, Star Brite Spider Away Natural Repellent, which seems to include peppermint oil and have varying degrees of effectiveness, according to online reviews.

Am I doomed to coexist with spiders? Should I take the Zen approach and simply live as one with the bugs? Eek, probably not.

I won’t deploy the fogger, but I’ll definitely invest in some essential oils.

How do you keep bugs at bay the natural way? Share in the comments.

Starbucks opts for tomatoes over red dye from bugs
Apr 23, 2012