HomeProducts and TrendsFood and BeverageThe truth behind cocoa content and health benefits
Recent
Latest
6 tips to promote consumer understanding of Certified Organic
May 18, 2022
Sponsored Content
Balanced Health Botanicals Newsletter – May
Getting ready for 2023: Trends for brands to consider
May 17, 2022
EXPO VIDEO: How did a young sparkling water brand get licensing deals with Marvel and Disney?
May 16, 2022
Trending
Debra Stark’s light shines bright on natural products industry
May 10, 2022
Unboxed: 7 plant-forward ice creams to stock this summer
May 10, 2022
Hemp CBD industry struggles so far in 2022
May 10, 2022
Monitor: Consumer research on collagen shows how much education is needed
May 12, 2022 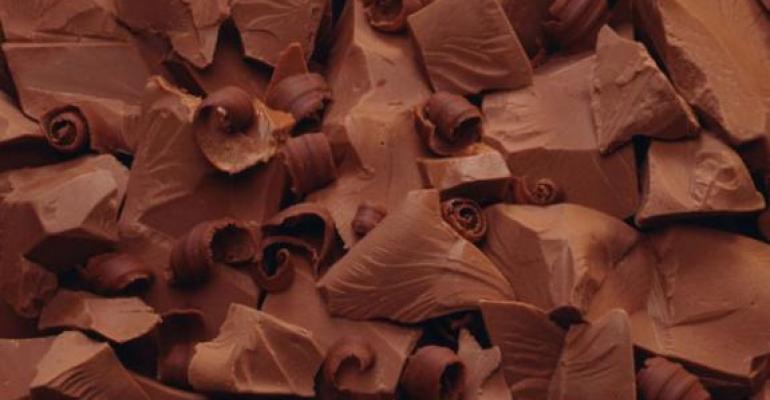 Everyone knows that if you want the chocolate that's healthy for you, you have to buy the one that has the highest percent cacao that you can tolerate, right?

Wrong! The percent cacao only tells you how much of the total product is made from cocoa, as opposed to other ingredients such as sugar and additives. But the key to its health benefits is the cocoa's flavanol content, which varies widely based on how the cocoa is processed.

So having more cocoa does not necessarily mean you have more flavanols with their health benefits! In fact, most cocoas/chocolates have low levels of flavanols unless they are processed by way of special methods that take some know-how.

Mars, Inc., a large food and confectionary manufacturer, is pushing a milestone in its recent publication of a new method for measurement of cocoa flavanols and its validation by 12 laboratories, recently released in the Journal of AOAC International. This is a big step in moving toward a standardized way to determine the amount of flavanols in a cocoa or chocolate product. It will also close the circle for consumers and researchers alike and help further the proper understanding and usage of all that healthy chocolate hype.

So how is the consumer supposed to know which cocoas and chocolates have high flavanol content? At the moment, there is no good way to know. This is due to disunity within industry about how to measure cocoa flavanols. So the great research and education that has happened around the benefits of cocoa can only go so far until, at the grocery store shelf, it gets lost in health hype that may or may not actually deliver the benefit.

The astute consumer will rebut, "But wait, I saw the amount of flavanols listed on a chocolate product!" Indeed, there are two companies that list the amount of cocoa flavanols on some of their high-flavanol cocoa products. One is Mars (CocoaVia, Goodnessknows), the other is Hershey's (Special Dark).

But alas, dear consumer, these two companies measure cocoa flavanols in very different ways, so different that the same number by each means a very different amount of flavanols. So how can one compare? And who can say how much is a beneficial amount when you are talking about apples and oranges?

What Mars has done is to develop and publish an elegant, robust analytical method and to validate it by sending the same samples out to 12 different labs. When using the Mars method, all of the labs got similar results within an acceptable variability. This is a major step on the way to getting AOAC approval of this method as an official way of measuring cocoa flavanols.

This will also go a long way toward solving the problem of labeling and comparing the amount of flavanols in products, so that consumers will know which have the high levels they are seeking. It will also allow the establishment of the level that is beneficial, since now apples would be apples across the board (or cocoa beans, as the case may be).

Which leads me to the next area for which this work is a bonus: research.

Until now, the progress of cocoa flavanol research has been hindered by the fact that studies either do not list the amount of flavanols in their test products, or, if they do, it cannot be compared to the amount used in other group's papers because each used its own analytical method. This weakens the overall conclusions that can be drawn from the totality of the literature to assess the real benefit of the ingredient.

If the industry can agree to use the same analytical method, this would be a major step forward that would strengthen the foundation of flavanols and thereby the category as a whole.

Risa Schulman, PhD, is a functional food and dietary supplement expert, professional speaker and writer. She is president of Tap~Root, a consulting company focusing on health claim substantiation, product development and business strategy.